The three-time Grammy winner Megan Thee Stallion looked bold and hot in a pink cut out dress as she attended the P-Valley’s season 2 premiere on Thursday.

The 27-year-old Texas star looked sizzling as she showed off her toned legs in the revealing bandage dress and paired her outfit with the stilettos styled by Corey T.Stokes the stylist. 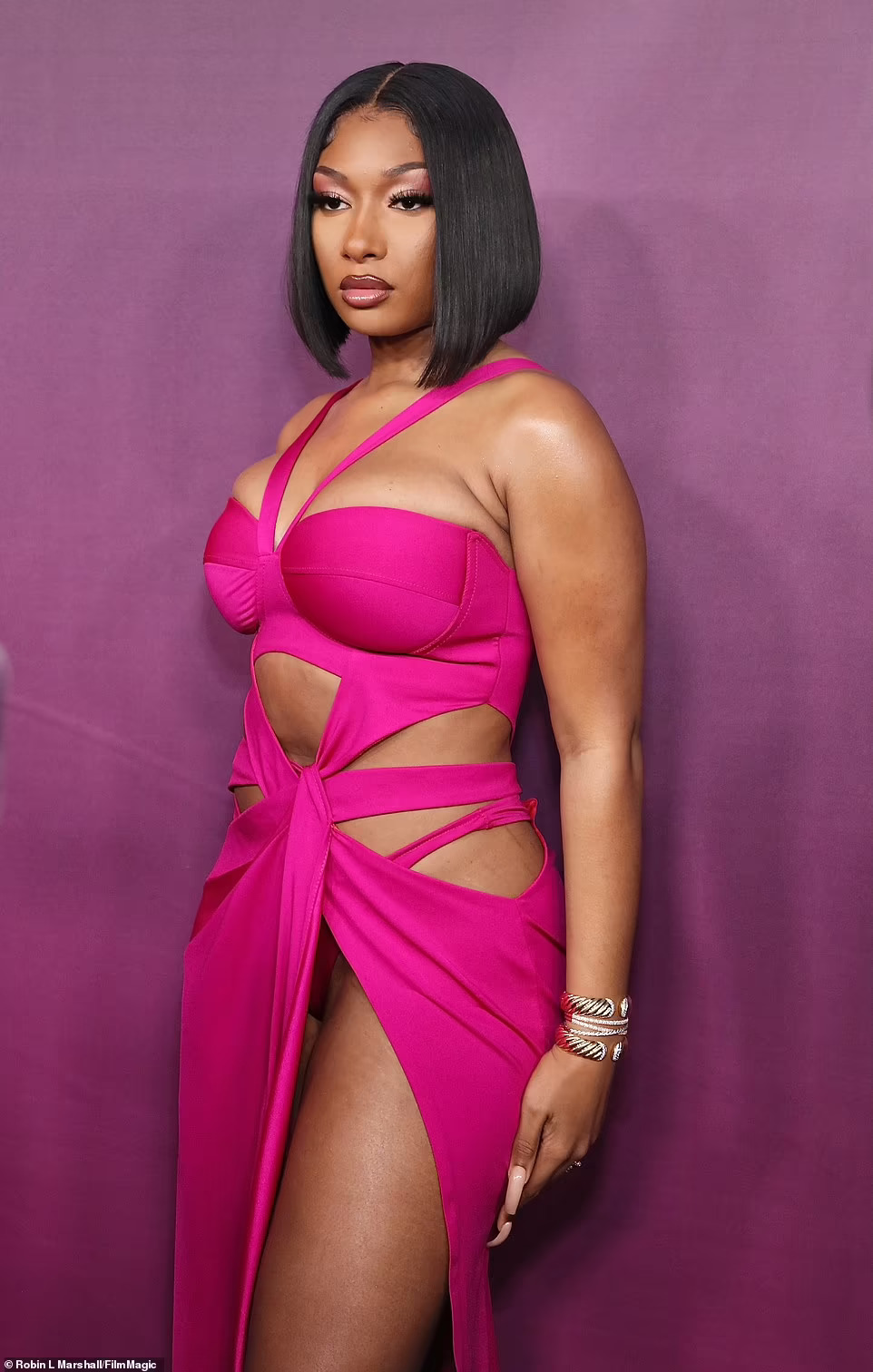 Hair and Makeup for the Perfect Look

Megan Thee’s look was close to perfect and the unique dress’s look was completed by adding the perfect hair and makeup to the mixture which made her look exquisite.

Kellon Deryck, her hairstylist perfectly coiffed Megan’s middle-parted raven bob which gave her a sleek look for the festivities lined up on the red carpet which was next to Avalon Hollywood and Bardot.

Stallion’s complexion was flawlessly contoured by the make-up artists Lauren Elise Child as she applied a flush shimmer paired with dark-lined lips and the perfect lashes.

And we no that no look is complete without the right nails, the Enter Thee Hottieverse hitmaker’s nails were manicured into long beige nails by the nail artists Coco Michelle.

P-Valley Season 2: Return to the Pynk

The time of the return to The Pynk is here and after the prolonged wait of 2 years to witness what happens next for Autumn, Mercedes, Uncle Clifford ad the rest of the crew, the show has returned to STARZ and the streaming of season 2 begins today, 3rd of June. 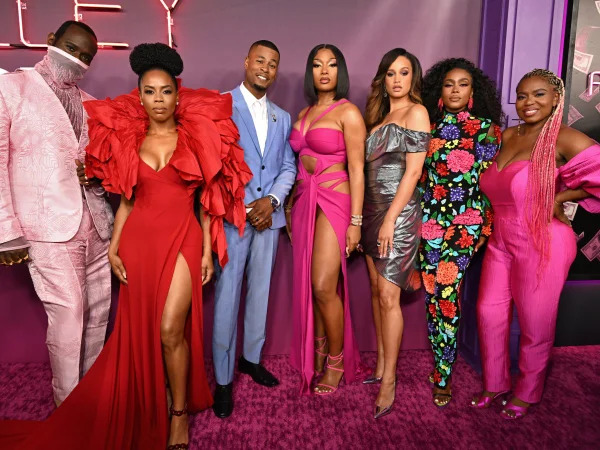 P-Valley which is set at a strip club called The Pynk, hence with season two we are back to The Pynk. The premiere of Season two means its time for celebrations and it was last night itself in Los Angeles when the creator of the show Katori Hill assembled with the cast members which included people like Megan Thee Stallion and fans like Savannah James. The afterparty was all in P-Valley stripper-riffic theme.

The Megan Thee Stallion and the Pynk Collab are here. Megan will be contributing to the 2nd season of the show in the form of an original track and the rapper even showed up in her pink dress at the premiere.

As of now, there has been no other information has been revealed about the song to the public.

Here is the official synopsis of the season 2 of this progressive strip club based show:

“When darkness descends upon Chucalissa, everybody and they mama must fight tooth and talon to survive. While some take the flight to perilous new heights, others dig in their stilettos and stand their ground no matter the cost. Back at The Pynk, Autumn and Uncle Clifford grapple for the throne as new blood shakes up the locker room. Meanwhile, with the casino’s fate hanging in the balance, the local political machine kicks into overdrive. In these unprecedented times, death and danger lurk around every corner.”

“Real talk, ‘P-Valley’ is a love letter to all women who are scrapping it out, but particularly for the Black women that I think a lot of people thumb their noses at, even Black folks,” the creator of the show explained what the show stands for and this collaboration seems like a step closer to the aim of the show.