A new look has been given to Madonna! Upon landing at JFK Airport in New York, it was immediately apparent that the “Material Girl” singer had dyed her bright hair pink before her arrival. It was impossible to miss Madonna’s new hair makeover on Wednesday, August 24, even though she covered much of her face with her new hairstyle.

There must have been a recent change in the singer’s look, as she was wearing her blonde hair on display to celebrate her 64th Birthday a week before the new look was revealed. 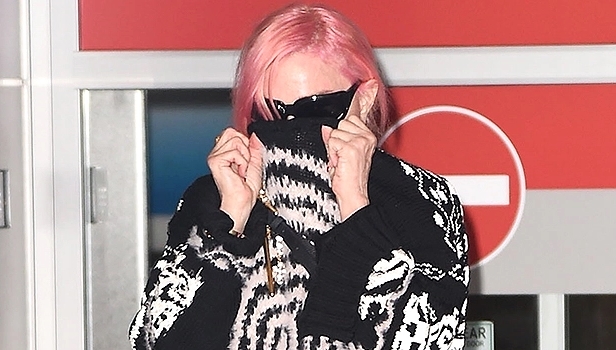 The Singer Wore A Black Outfit At The Airport

At the airport, Madonna sported a black outfit as she walked through the terminal. As she walked around the park, she wore a sweatshirt with a white design on it, as well as sweatpants. To avoid getting photographed, she pulled up her sweater to block out her face, which was also covered by a pair of sunglasses she wore.

It was impossible to miss the pink hair even though she shielded her face! As far as we know, she didn’t also get it cut shorter than she had in other recent pictures. However, it is unclear if she had.

There is no doubt that the new hairstyle was a recent one. She shared many photos on August 16, where her hair was still a vibrant blonde and long, as she celebrated her 64th Birthday in Italy. 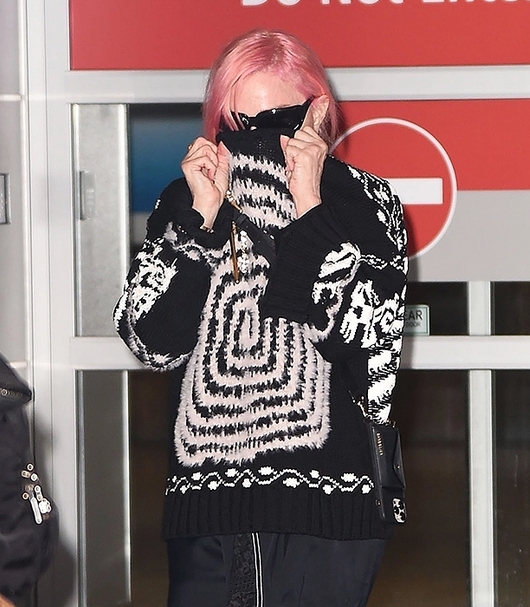 Throughout the day, she shared many glimpses into her birthday celebrations, including the fact that she wore matching dresses with her twin daughters Stella and Estere, both nine years old. Another shot shows that she is enjoying her Birthday, as she is kissing two women in the back seat of a car, showing that she is having a lot of birthday fun.

She was seen dancing euphorically with her eldest daughter Lourdes Leon, 25, and twins Stella and Estere Leon, 9. It was attended by David Banda, 16, Mercy James, 16, and his son Rocco, who is also 16 years old. A bacchanalian carnival straight out of a music video was the theme of Madge’s 64th birthday bash, which included plenty of bling and what appeared to be nude dancers who helped her ring in the new year in style.

This Summer Has Certainly Been A Very Busy One For Madonna

In addition to the new look that Madonna has been sporting this summer, she has undoubtedly been swamped as well. As part of her collaboration with Beyoncé, she put together an excellent “Queens” remix of the Renaissance singer’s latest hit, “Break My Soul,” which was released earlier this month. 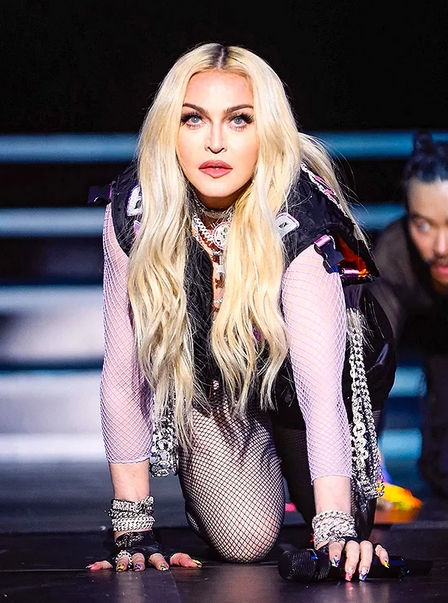 Besides the successful remix, an insider revealed exclusively to HollywoodLife that Madonna is also in the process of recording with Britney Spears, who is one of her closest friends. According to a source who knows the two well, “Madonna has been trying to get Britney to do a song with her for quite some time now, but now that she has seen that the doors are open, she has been pushing for the collaboration for reals,” the source said.

Until now, Madonna’s complete look has not been revealed to the public. To get a complete picture of her new hairstyle, we will have to wait until we get a comprehensive look at it. Stay tuned with us for more gossip in the coming days.