As Kylie Jenner was making an appearance at Paris Fashion Week, she had a lifesize lion’s head attached to her black dress, which she wore with her black chiffon dress.

While arriving for the star-studded Schiaparelli show on Monday, the reality star turned heads with her outfit as she walked the red carpet. 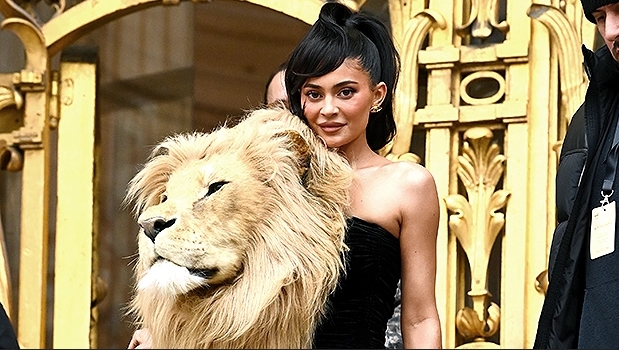 On The Schiaparelli Couture Runway, Kylie Jenner Stole The Show With A Stunning Look

Regardless of a person’s taste in fashion, you will always see a difference if you look at Kylie Jenner’s latest look at Paris Fashion Week. For those who do not know, PFW is currently taking place, and each show has seen a variety of recognized personalities from all over the world appearing in their trendiest finest attire. Of course, the same was true for Ms. Jenner as well.

In a stunning and timeless black velvet ensemble, Kylie Jenner made quite a splash at Schiaparelli’s star-studded Paris Fashion Week show. This strapless and textured dress from Schiaparelli, which hugged the billionaire’s figure and enhanced her beauty, made the billionaire look even more stunning.

Her huge stuffed lion head caught the crowd’s attention, however, as she was wearing it on her shoulders like a badge of honor. Yes, Kylie Jenner had a fake lion sewn to the front of a chic figure-hugging ensemble.

On Instagram, the designer shared a video of Jenner from the show in which he wrote, “Leo Couture. Embroidered Lion in hand-sculpted foam, wool, and silk faux fur, and hand-painted to look as life-like as possible, celebrating the glory of the natural world. Nothing is as it appears to be in Schiaparellis Inferno Couture…, NO ANIMALS WERE HARMED IN MAKING THIS LOOK.”

Kylie Jenner brought the outfit to life with a pair of statement gold shoes with out-there toe markings and a snakeskin bag. Her hair and makeup were a glamorous affair for Kylie as she wore a sleek ponytail attached to her dark tresses that danced around with every turn of her head as she wore a glamorous makeup look.

As A Result Of The Striking Design, Social Media Users Reacted Negatively To It

As a result of the striking design, the product has attracted a lot of backlash from users on social media, who claim the animal heads are intended to promote trophy hunting. In response to her decision to model the design, some of her followers have been critical, writing, “There are times when you say no. This was one of them.” In addition, someone else wrote, “One of your worst fashion mistakes of all time.” 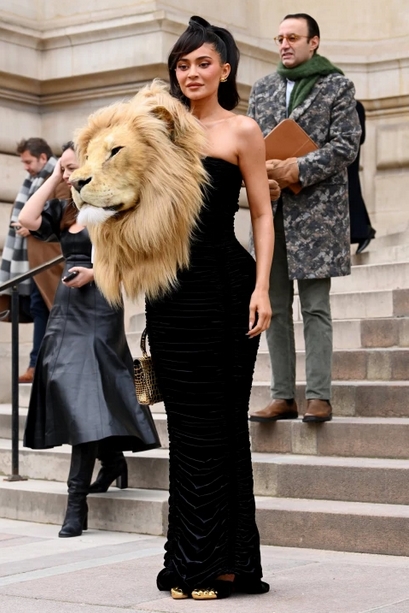 One user wrote on Instagram, “The only thing this is glorifying is killing these animals, even if this is fake. The lion, cheetah, and wolf seem like they are meant to look as if they were killed and used for clothing. How is this celebrating the glory of the natural world? Make it make sense.”

In response to someone else’s disappointment, they wrote, “Sorry but it’s a no for me. Whether it’s fake or not, it promotes animal cruelty,” in addition to another comment that stated, “Celebrate the glory of the natural world???? Doesn’t make any sense. This is so wrong. You are promoting animal violence and supporting trophy hunting and poaching.”

Schiaparelli Showed Several Lifelike Looks, Including This One

In addition to the lifelike creation, models walked the runway wearing other animal faces attached to their ensembles at the Schiaparelli show, including several different looks unveiled at the show. For example, with a wolf’s head perched on her shoulder, Naomi Campbell walked down the runway wearing a furry black trench coat and a furry black hat. 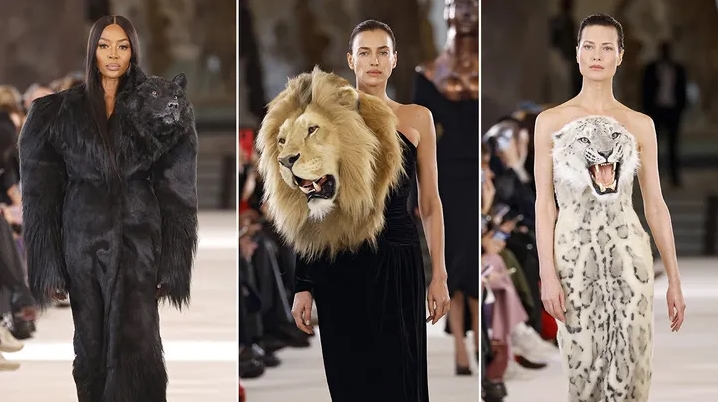 As she strutted down the runway, Irina Shayk wore a look similar to that of Kendall Jenner. A snow leopard’s head was embroidered into the bodice of Shalom Harlow’s leopard print dress.

Netizens slammed the reality star for her new look, but many fans who liked it also loved it. Please let me know what you think of her dress during Paris Fashion Week. Also, please share your thoughts with me in the comments section below.

How To Get Married in Skyrim?