Kourtney Kardashian Adds “Barker” to Her Last Name on Instagram

Kourtney Kardashian has officially changed her name and added “Barker” to her last name on her Instagram Profile. This came just a day after the POOSH founder and Travis Barker tied knots in a lavish Italian wedding. 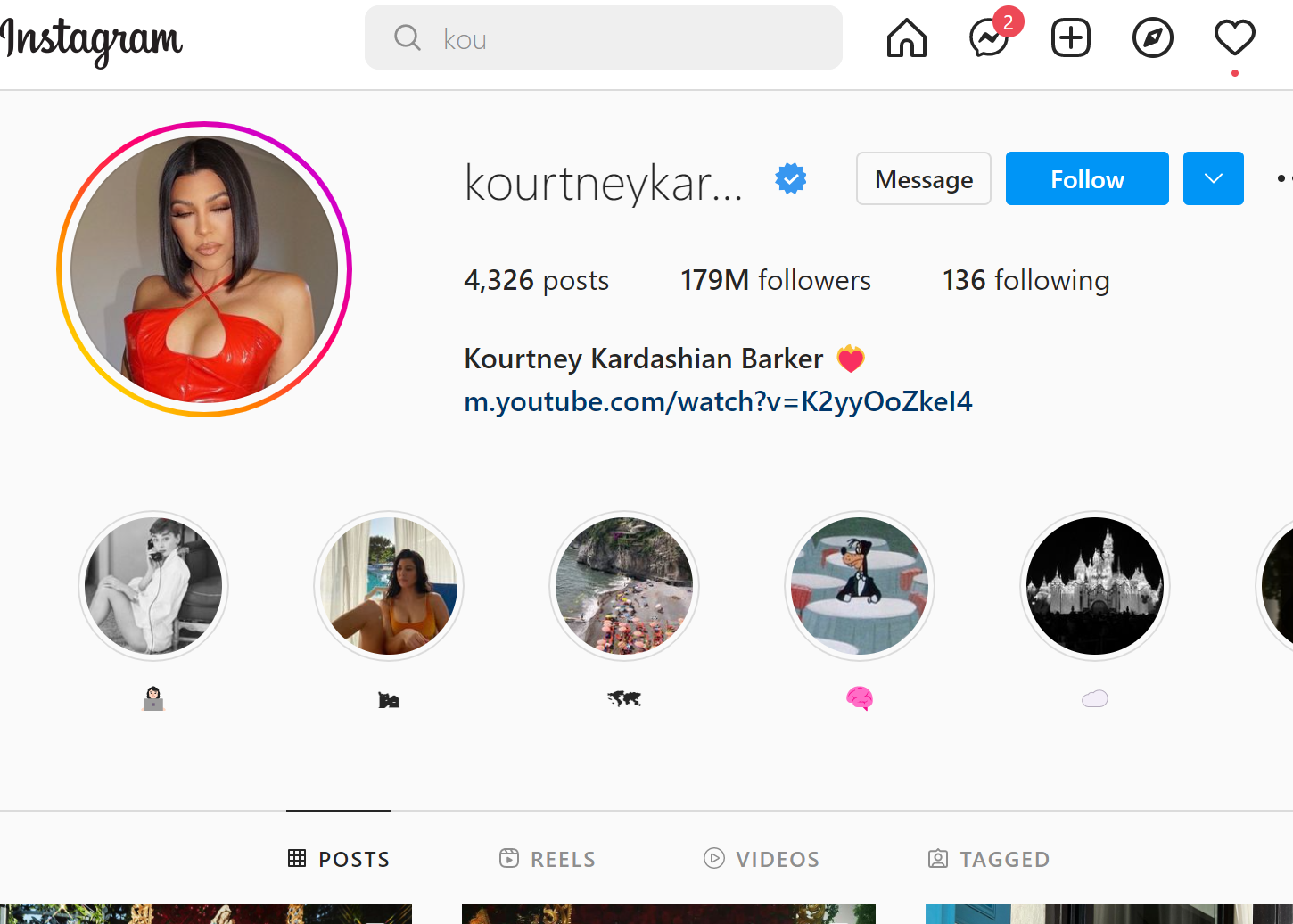 After Kourtney enjoyed a glamourous dolce vita wedding in Italy over the weekend. she has finally revealed what her name would be after she is officially married to Travis Barker.

Kourtney and Travis go officially married on the estate of Dolce and Gabbana in Portofino and all the looks of the wedding ceremony which took place over the weekend were created by their designers.

This wedding marks marriage Travis’ third marriage and Kourtney’s first. The musician was previously married to Moakler, 47 between 2004 and 2008 and then to Melissa Kennedy from 2001 to 2002 and now with Kourtney.

Kourtney’s Look on her Weeding Weekend

These we are talking about here were not limited but extended to different ceremonies. The most important of the looks was  Kourtney’s white Dolce and Gabbana mini dress which features an intricately embroidered veil embellished with a re-creation of Barker’s head tattoo which reads “family, loyalty, respect.”

The next change of outfit for the model on her special day was a black version of the same dress for the reception night which she paired with her wedding veil. 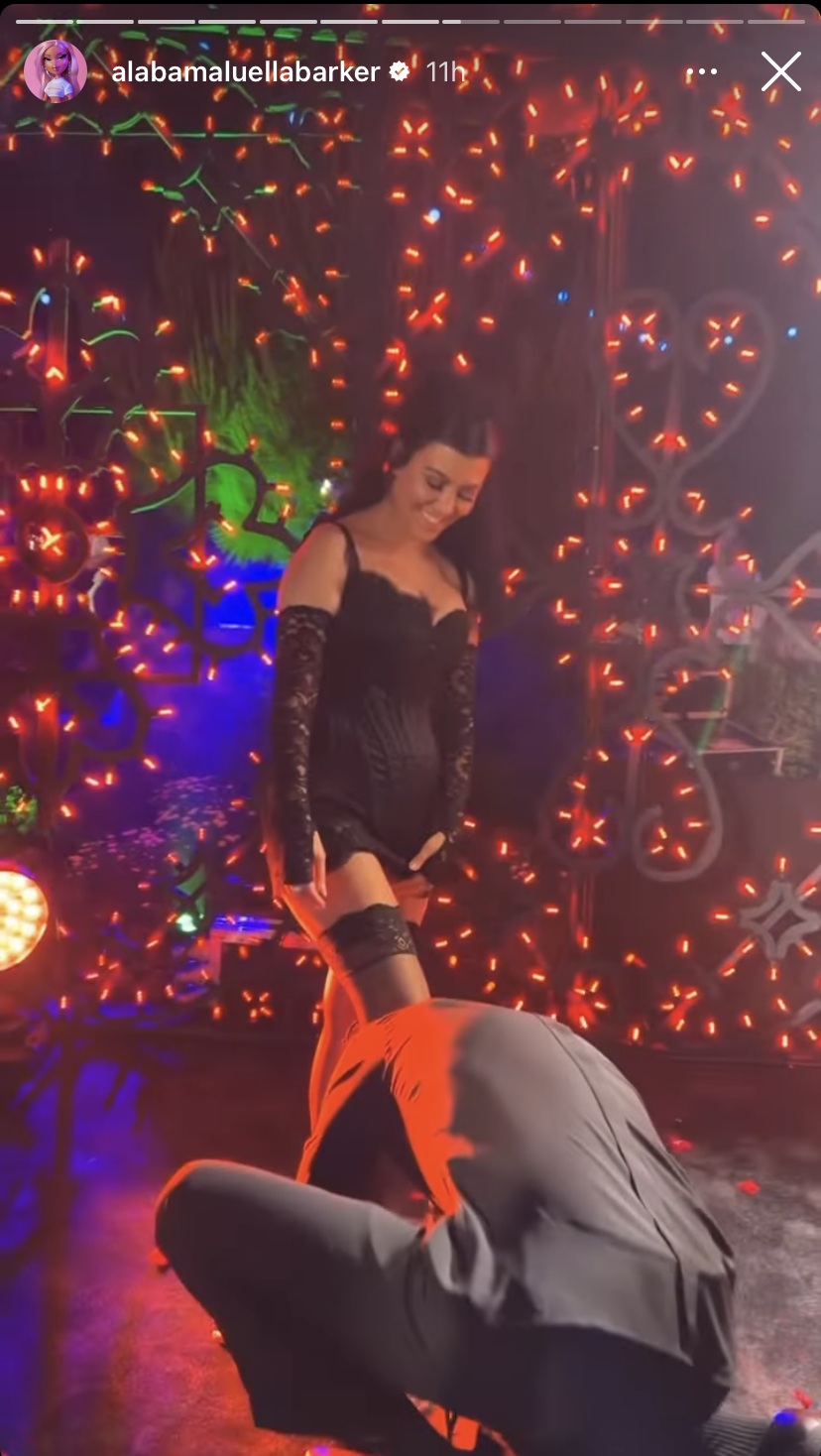 The day before her wedding Kourtney wore a bridal look which was also created by Dolce and Gabbana, the look included a black mini dress paired with a black and blue veil and she captioned it “here comes the …” we know the Bride!!

Travis and Kourtney had other wedding ceremonies as well, like the one which took place in the Santa Barbara courthouse where Kourtney wore a Dolce & Gabbana as well. This ceremony took place last weekend.

Kourtney and Travis had a Las Vegas wedding ceremony back in April and this elopement was not legally binding but we can for sure have a look at the elopement outfit as well which comprised of the couple wearing leather jackets paired with black shades.

Attendees of the Wedding Celebration

Kris Jenner, Kourtney’s mother and all of her siblings, Kim, Khole, Kendall and Kylie attended the couple’s Italian nuptials. The entire family have dressed up in Dolce & Gabbana ensembles.

Kourtney’s kids also attended the ceremony which included her son Mason who is 12, daughter Penelope who is 9 and her son Reign who is 7 which she shares with her ex Scott Disick, who himself was not one of the attendees.

Barker’s son Landon who is 18 and his daughter Alabama who is 16 whom he shares with Shanna Moakler, his ex-wife was present to witness their father’s nuptials. We also say his stepdaughter Atiana De La Hoya by his side on this special day.

It is reported that Kourtney and Travis might be planning yet another ceremony to celebrate their wedding once they land back in Los Angeles and this ceremony is anticipated to have a larger group of family and friends. So we might be in for even more outfits as this wedding evolves.