Once again, the bare bottoms of Kim Kardashian were seen in a very racy photoshoot as she stripped off for the camera. While posing in front of the American flag, the 41-year-old pulled down her jeans so that a jockstrap could be seen, gripping the bare part of her bum.

It was also revealed that she had bleached her eyebrows to match her blonde hair perfectly and showed off her new transformation. There seems to be a reason for this, but we are not entirely sure what it is. 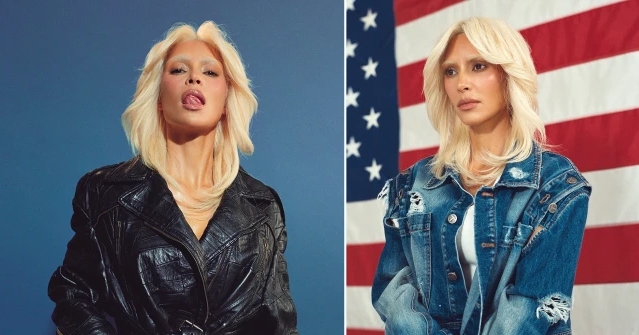 This Time, The Reality Star Shows Off Her Booty For Interview

There’s no doubt that Kim Kardashian has broken the internet yet again. It’s been eight years since the reality star’s iconic nude Paper magazine cover made headlines, and now she’s back to flaunt her booty one more time, to be featured in the latest issue of Interview magazine. 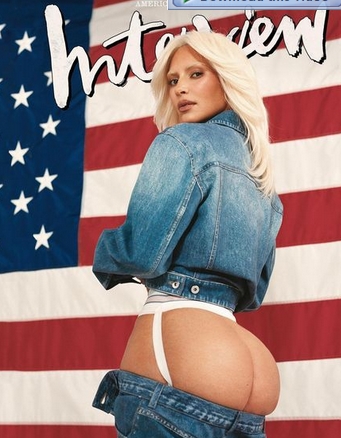 In the September 2022 issue of the “American Dream,” Kardashian poses in a denim outfit by Bottega Veneta. The 41-year-old shows her most famous derrière in addition to her jockstrap in this outfit, which is made entirely of denim.

“I loved it,” the model was quoted as saying in the magazine regarding the exciting and unique choice she made regarding her underwear. She added, “The team was like, ‘No jockstrap.’ And I’m like, ‘Come on. This is what I do.’ I do best when I’m ignoring them and doing what I want. So, I’m glad we did it.”

To Match Her Platinum Blonde Hair, She Bleached Her Eyebrows As Well

In May this year, Kardashian showed off her Marilyn Monroe moment at the 2022 Met Gala by dyeing her hair platinum blonde. She wore the same look for the rest of the shoot, even bleaching her eyebrows to match.

She explained this to Mel Ottenberg, Interview Magazine’s Editor-in-Chief, “I do think blondes have more fun, I just feel different.”

There were several glamorous outfits featured in her photoshoot. There is one picture where she is completely covered in denim and showing off her bare buttocks. In addition to the photo shoot, she also posted a short video clip from the shoot.

In the second picture, she wears a pair of denim jeans and a white cropped top. As she reveals a large amount of underwear, she makes a big noise. 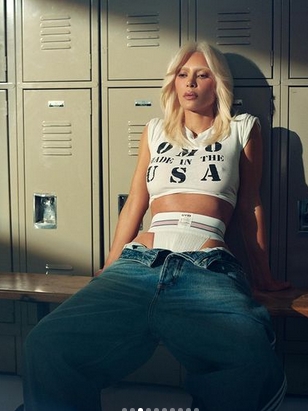 It is shown in another picture that she is wearing a white tank top that stretches down her body. 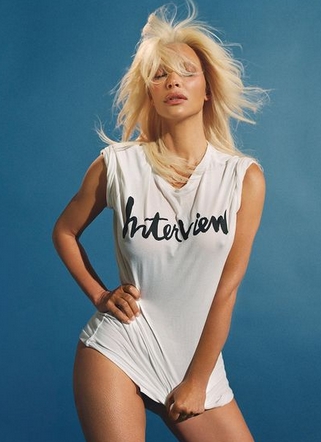 During one of the photos, she was wearing a cropped leather jacket and tugging provocatively on a pair of underwear adorned with the American flag. 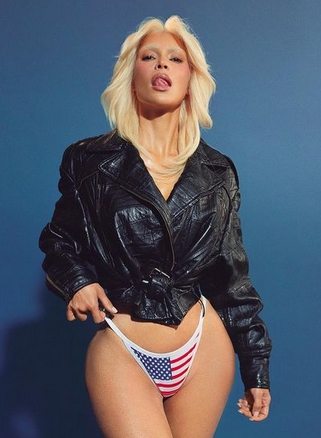 As she gazed into the distance in another photo taken simultaneously, it was also noticeable that the model was wearing a spiked black Gucci choker and a bright red bodysuit. 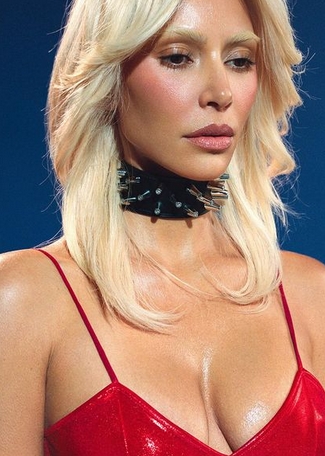 In Addition, She Revealed Her Plans To Return To TV In The Future

As part of the American Dream issue of Interview Magazine, Kim spilt the beans on her plans for getting back on the screen, announcing that she is targeting a Marvel role as her next project.

Shortly after her much-publicized hosting stint on Saturday Night Live last October and her memorable appearance in Disaster Movie, she explained that she would give acting another shot. She explained that she had reprised her voiceover role as Delores in the upcoming Paw Patrol movie, which is expected to be released soon.

There is no doubt that Kim is well known for her baring outfits that always shake the internet to the core. Considering the recent photoshoot she has done has added a touch of sexism to her look. Does her bare bottom look good with her bleached eyebrows? What are your thoughts on the look?