Joey King is not scared to experiment with her clothes and her recent appearance on Jimmy Kimmel Live is a testimony to that. Not long ago, she appeared on the talk show in a snake dress. Read on to learn more about her interesting outfit. 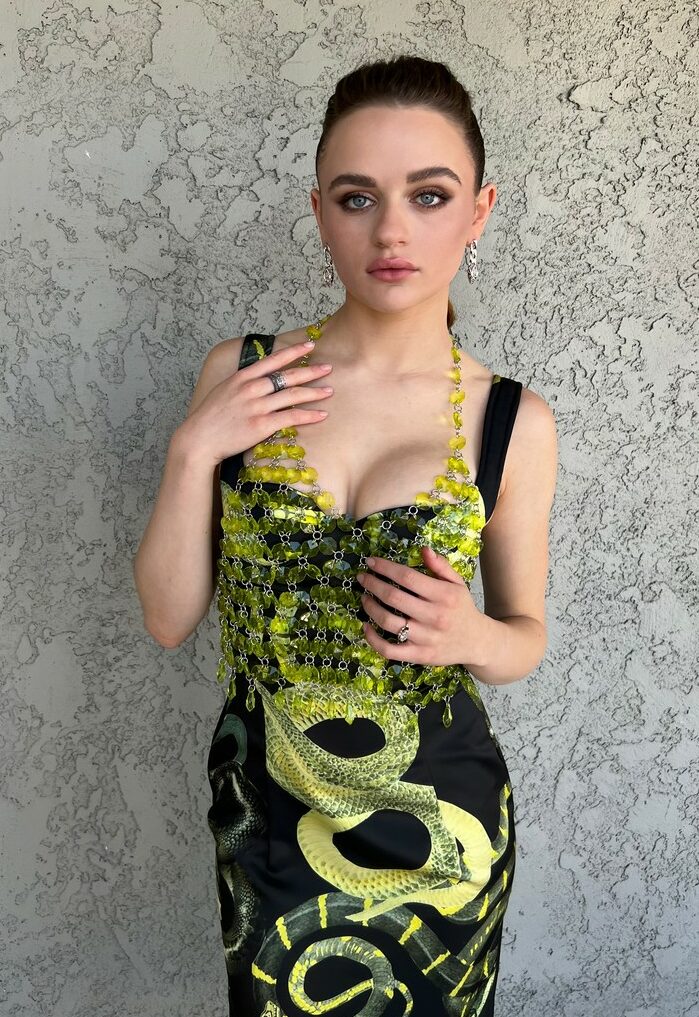 While making an appearance on the talk show Jimmy Kimmel Live on Monday night, the 22-year-old actress sported a snake dress. She added a pair of white snake earrings to her look. We must say she can literally pull off any outfit effortlessly. She looks so fierce in that snake dress.

The Kissing Booth actress also took to her Instagram to share a few snaps of her look for the talk show interview. “On @jimmykimmellive tonight talking with the one and only @chelseahandler. @megsstalter is also on the show and I’m in love with her…..so watch it pls,” she wrote alongside her pictures. 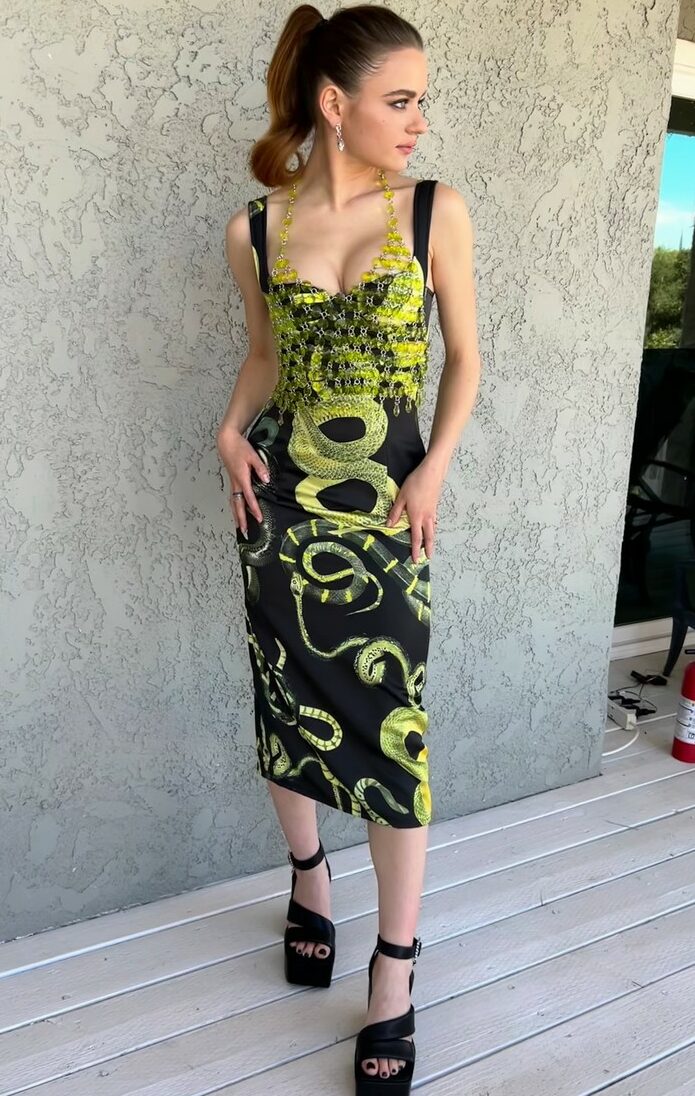 Joey stopped by the show Jimmy Kimmel Live to promote her new Hulu movie titled The Princess, which will be out on the streaming platform on Friday.

We know most of you are currently just pondering over the snake dress of Joey King and thinking about which brand is she wearing. Hold on, we will answer all your queries about her dress. 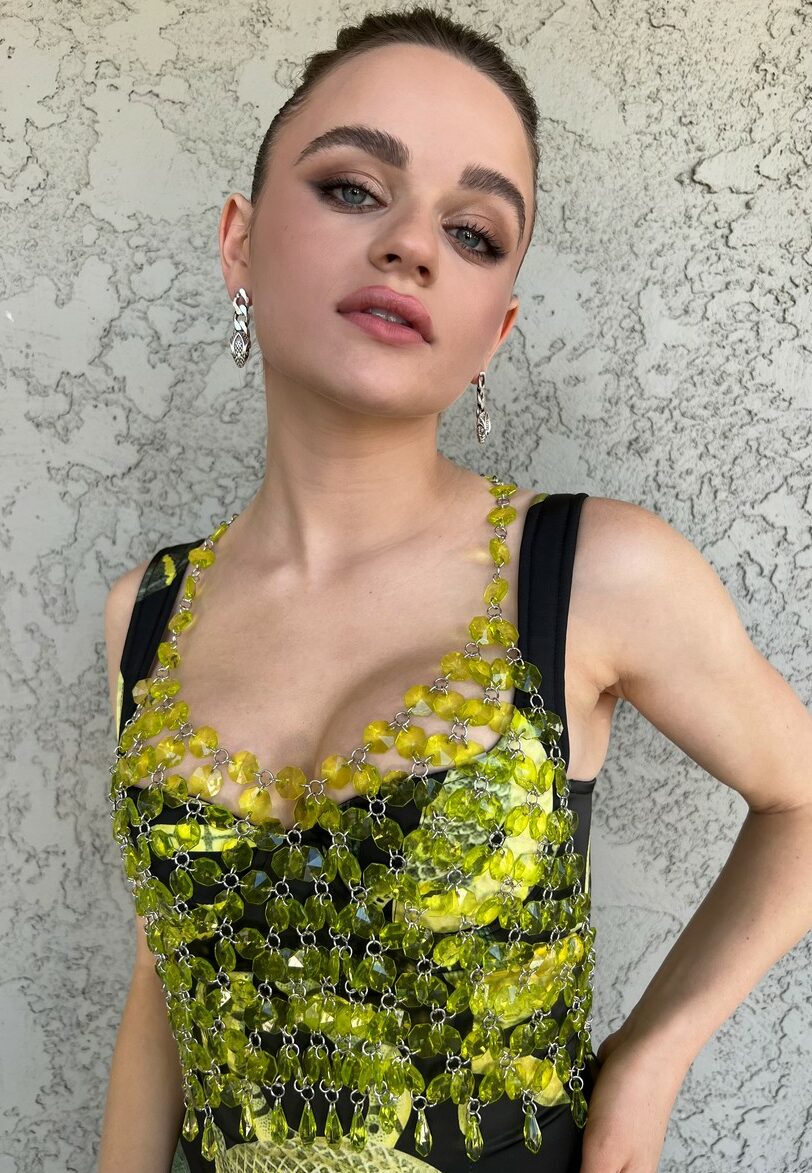 For your information, in the photos shared above Joey is all dolled up in a milkwhite snake dress. She topped off her look with a Cathy Waterman crown ring, a Le Vian sparkly ring, and Emanuele Bicocchi snake earrings. She completed her look with a pair of Naked Wolfe shoes.

When did Joey King start acting?

Joey began acting professionally at the young age of four. She started her journey with a  commercial for Life Cereal. Along with this, she has also appeared in commercials for AT&T, Kay Jewelers, and Eggo.

King went to Phoenix Ranch School in Simi Valley. During her childhood days, she sang a cappella for a talent show at the Simi Valley Cultural Arts Center. Soon afterward, she also performed with the Stage Door Children’s Theatre in Agoura. She has two older sisters, actresses Kelli King and Hunter King. 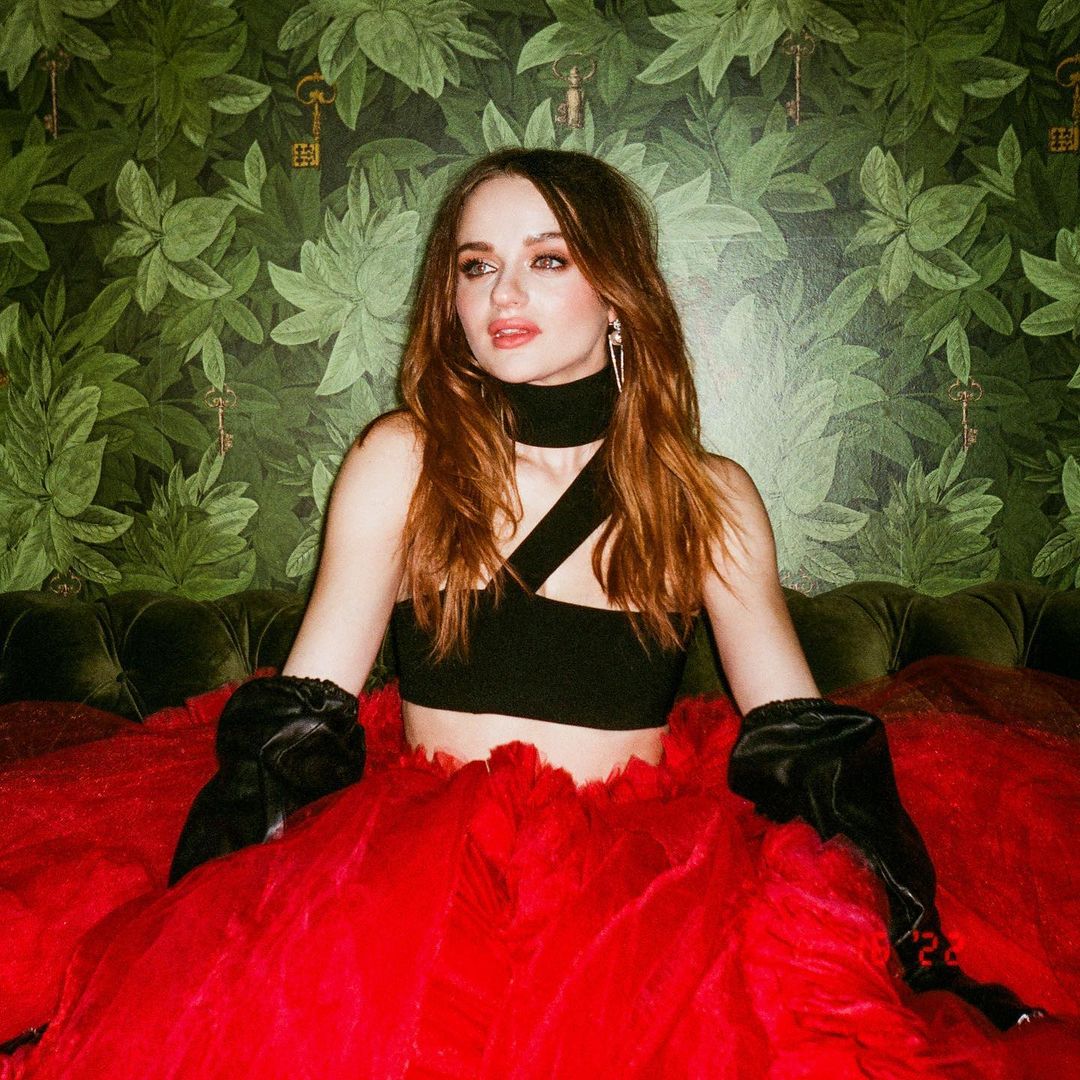 Joey made her film debut with the drama Reign Over Me. She essayed the role of the main character’s daughter in the movie. After a while, she voiced a character yellow fur ball Katie in the animated feature Horton Hears a Who! (2008). Then, she appeared in a film named Quarantine that saw the light of the day in the same year.

Do you like Joey King’s snake dress? Kindly let us know your thoughts on her outfit in the comments section below. Don’t forget to stay tuned with us for the latest updates from the world of showbiz.