Okay, this was kind of obvious.

Umm, okay 11-times isn’t a joke. Along with getting nominated 11 times the designer won three Oscars for A Room With A View, which she co-won with John Bright, Mad Max: Fury Road, and Cruella. 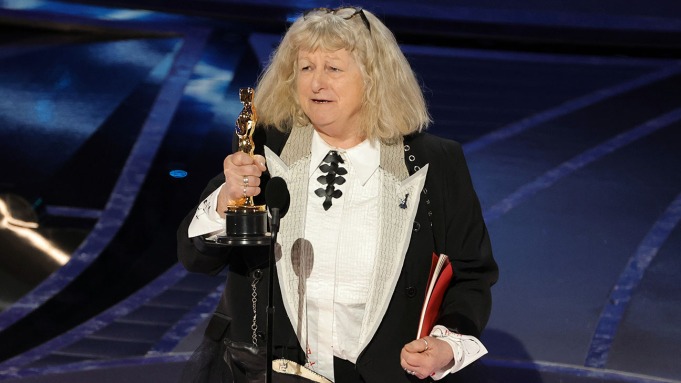 Jenny has also been nominated for a BAFTA Award eight times, having won for A Room With A View, Gosford Park, and Mad Max: Fury Road.

Beavan was also nominated for a Tony Award for Best Costume Design for the play Private Lives. She’s certainly a costume design legend who actually grabbed the Oscars this year as well.

Let’s go through a little more about her win and what she wore.

The designer made a comment about her work in the movie for which she received accolades. Jenny confessed that she almost turned down the movie ‘Cruellla’.

During her victory speech, she approached the stage and said a few critical things. And she admitted that she almost said ‘No‘.

“The great thing about a film like ‘Cruella’ is that it does give a bit of fun and joy in these terrible times. I have to say when (producer) Kristin Burr and (director) Craig Gillespie asked me to do this movie, I truly didn’t think we had time. I mean, I actually nearly said no.” 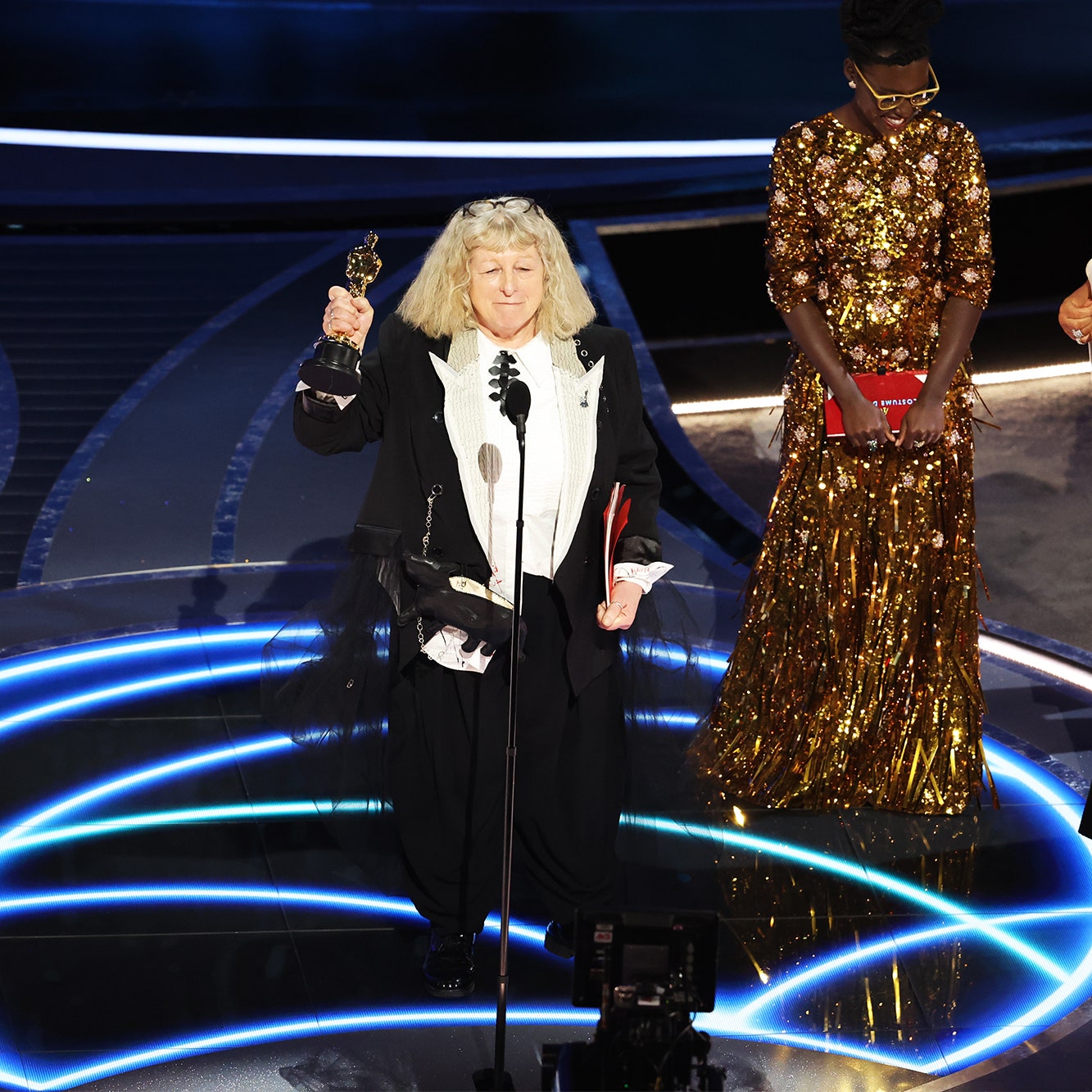 Beavan went on to say that she’s delighted she didn’t pass up the opportunity to work in Cruellla.

Adding, “Glad I didn’t. The only reason I didn’t was that Clare Spragge, who’s sitting just there sparkling, said she would come on board as costume supervisor and bring the team, the team of the most phenomenal, creative, clever, generous, amazing people without whom obviously it wouldn’t have happened.” 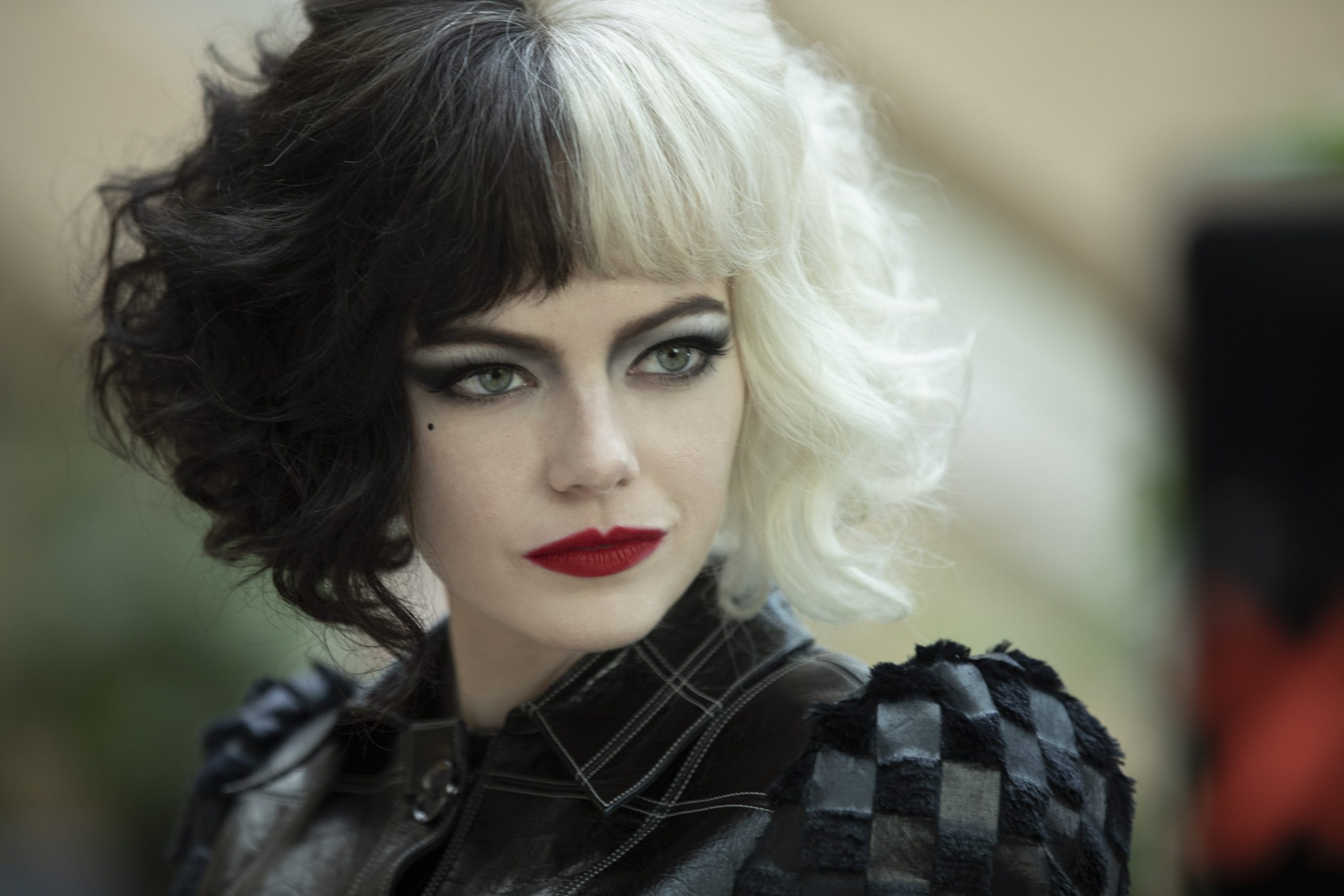 Jenny Beavan Wore A Protest Slogan With A Black Tuxedo

The famed designer, on the other hand, wore a black Tuxedo with the slogan “Naked without us.” You’re paying attention to the red carpet appearance if you spotted this.

In case you haven’t heard, “the Costume Designers Guild Local 892 is working to achieve pay equity that is commensurate with their economic and artistic contribution to production.”

Along with that, it appears that the designer was not having a good night before the Oscars ceremony. 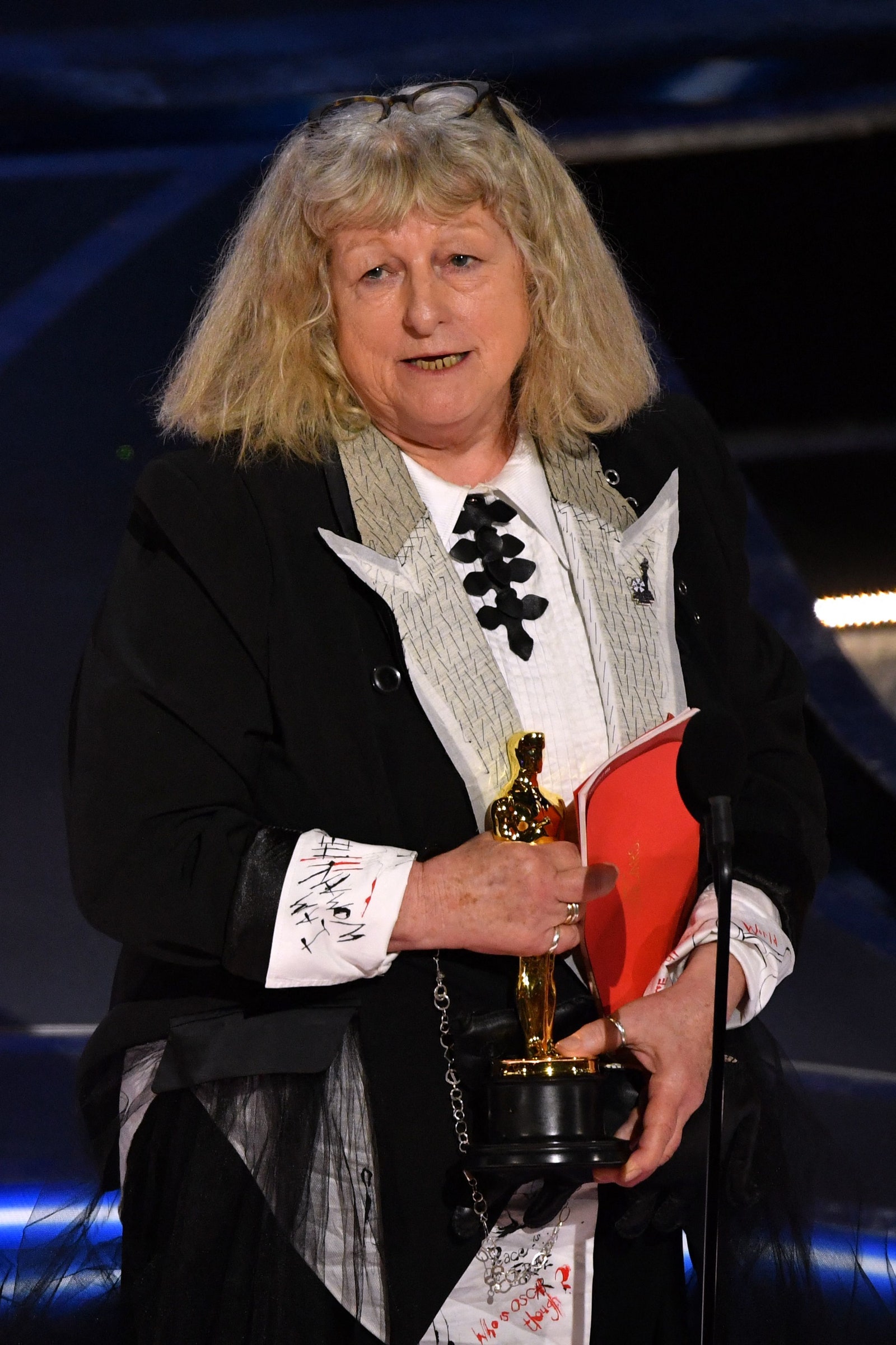 On the red carpet, she stated that she is “still nervous.” Adding, “I had a very bad night where I needed to know where the bathroom was — I’ll leave it at that. But I’m good now. I’ve had water and a dry biscuit.”

Now that we’ve covered everything about our designer’s victory, let’s have a look at the movie to which she almost said ‘No.’

The movie revolves around Estella a young and clever grifter. She is committed to making a name for herself in the fashion industry.

She quickly finds a couple of criminals who admire her penchant for mischief, and together they make a life for themselves on London’s streets. 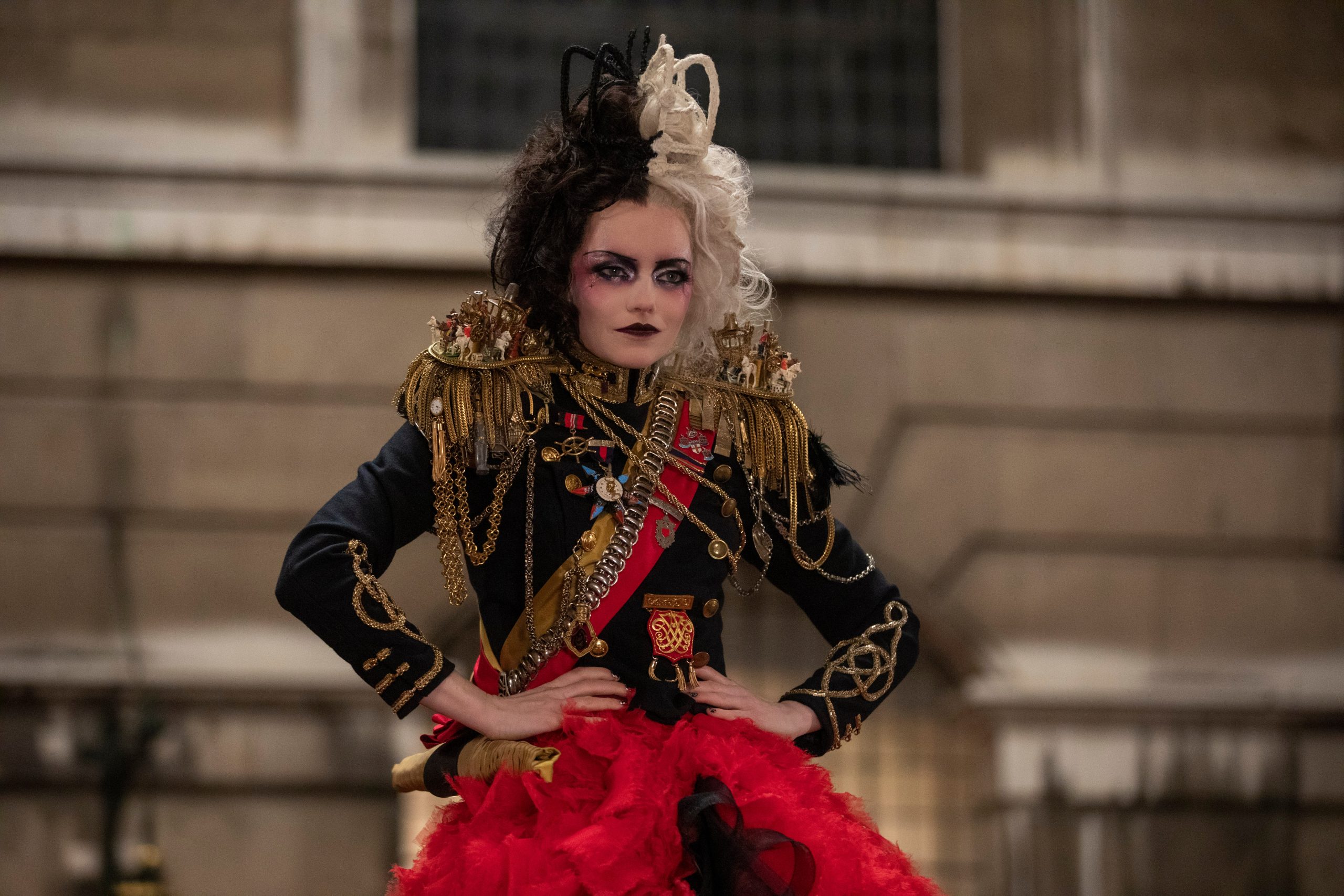 When Estella befriends fashion legend, Baroness von Hellman, she embraces her negative sides and transforms into the boisterous and revenge-driven Cruella. 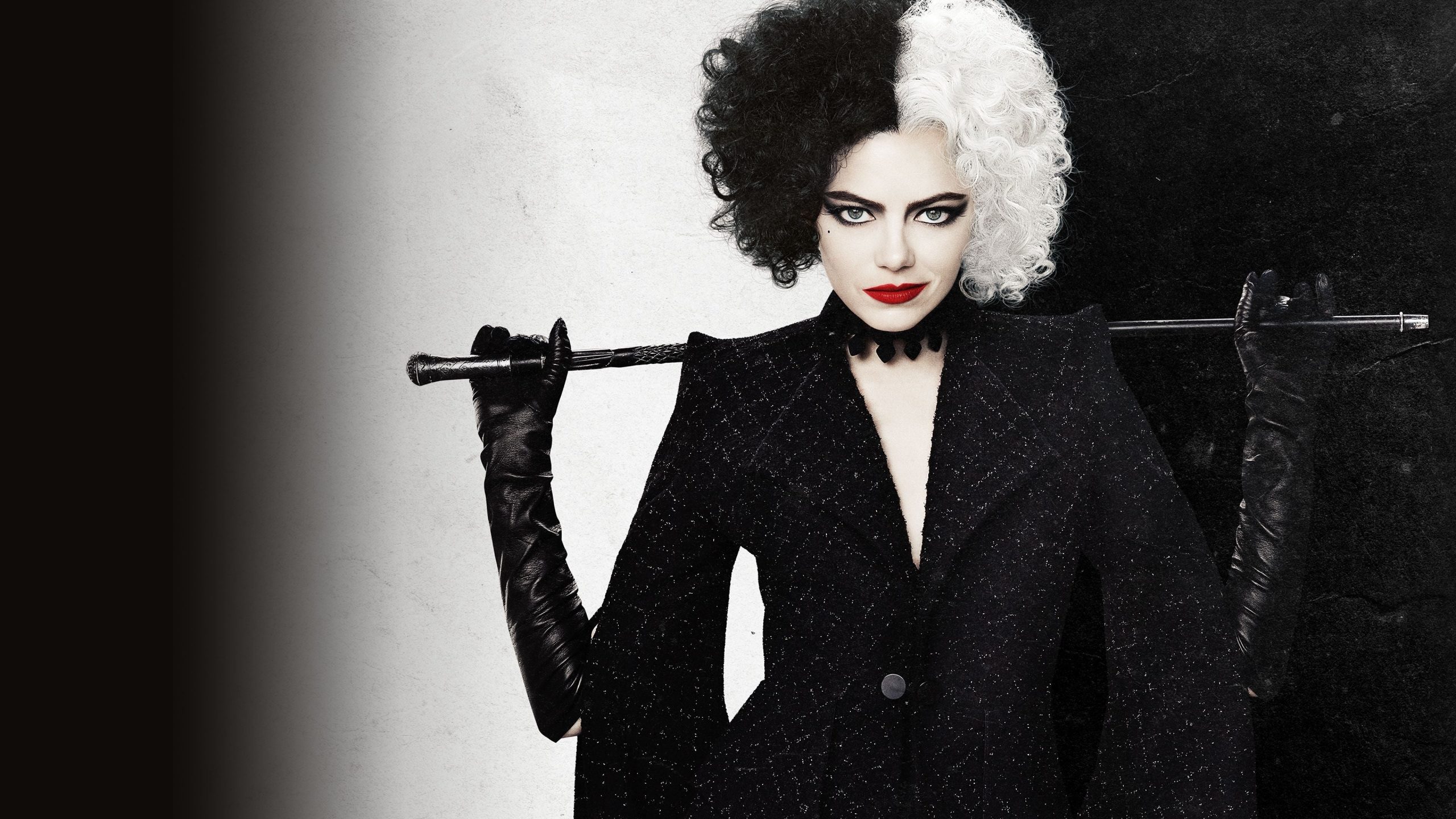 We believe she deserved to win. Anyway, what do you think of Jenny’s Oscar victory? You are welcome to drop your thoughts in the comment section below.