Harry Styles in a never-seen-before avatar! The pop star just revealed his new look on social media, doing away with his chocolate boy image and embracing a rugged personality supporting a long beard.

Styles looks unrecognizable in the beard, which has sent the fans into a frenzy. The 28 year old singer debuted the look for the music video of his new single, Music For a Sushi Restaurant. Continue reading to know more about Harry’s new avatar. 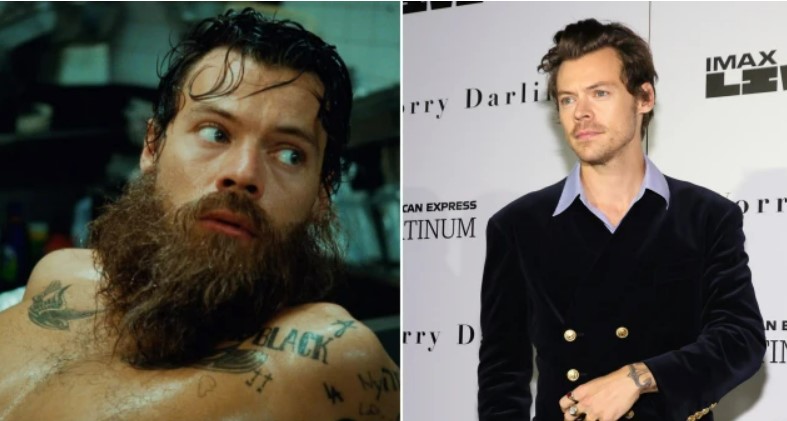 Announcing the release of the official music video for his new single, Harry posted a still from the song on his social media handles. The singer and songwriter goes shirtless in the image and shows off his long unkempt beard with a number of tattoos on his body. Styles looks lost in thoughts as he has a pensive expression on his face.

The singer is seen lying in the kitchen of a sushi restaurant with a pile of dishes behind him. He appeared to be drenched in the photo but did not reveal much about the song at the time. While Harry did grow facial hair during the lockdown, it was nothing like how he appears in the new video. 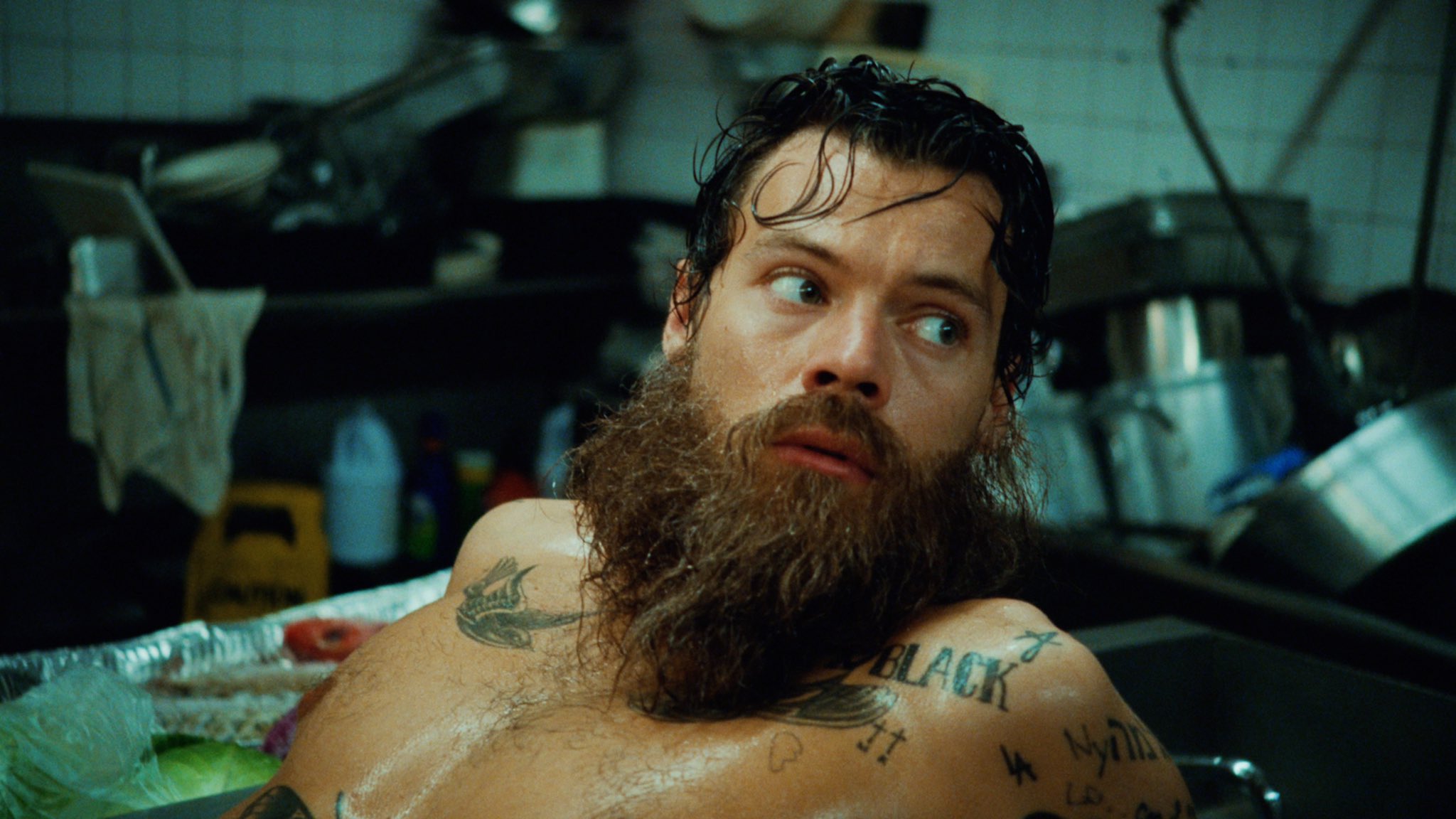 As soon as the singer dropped the image, fans went berserk and expressed their shock with their comments. “He knew what he was doing when he wanted that beard on him. Harry Styles, why would do this to us? You know we’re crazy,” wrote a fan.

Another one tweeted, “’I’ll never ever get this image of Harry styles with a beard out of my head for as long as I live.” A fan also wrote, “I don’t know if I’m scared because it’s the most surreal and weird thing I’ve seen in a month, or proud of how creative Harry and his team are.” 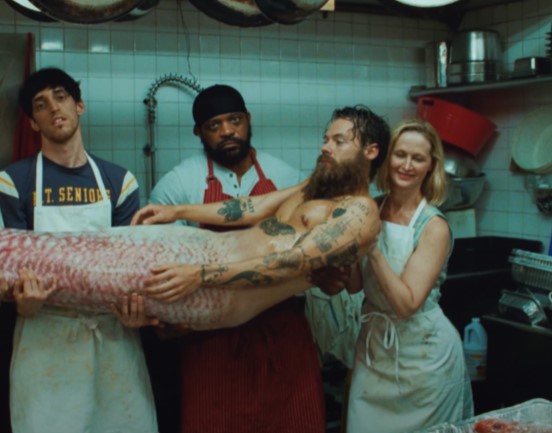 “Idk if this is actually happening or I’m still dreaming idk if I’m up yet,” a follower reacted, while one appreciated the singer and wrote, “He looks kinda hot with the beard. It’s not giving off the same energy like DWD, so some of y’all need to chill. He looks rugged.”

Music For a Sushi Restaurant Video is Out Now

Later in the evening, the video for Music For a Sushi Restaurant, featuring Harry’s bearded look, was released. The singer appears as the lead ingredient in the dish: a fish. Talking about the story and meaning of the track, the singer said in an interview, “I was in a sushi restaurant in Los Angeles with my producer and one of our songs came on from the last album.”

He said it was “strange music for a sushi restaurant,” adding, “And then I was like – that would be a really fun album title, but then as the song started being made I kind of just set on Music for a Sushi Restaurant.” Harry added that if the song gets to be played at sushi restaurants, then it will be ‘everything he’d ever wanted.’

What are your thoughts on Harry Styles’ bearded look? Tell us in the comments section.