Georgina Rodríguez is living her best life! At the moment, the Spanish model is vacationing with her partner Cristiano Ronaldo and their children in Majorca. Keep scrolling to catch a sight of their pictures from their Majorca vacation. 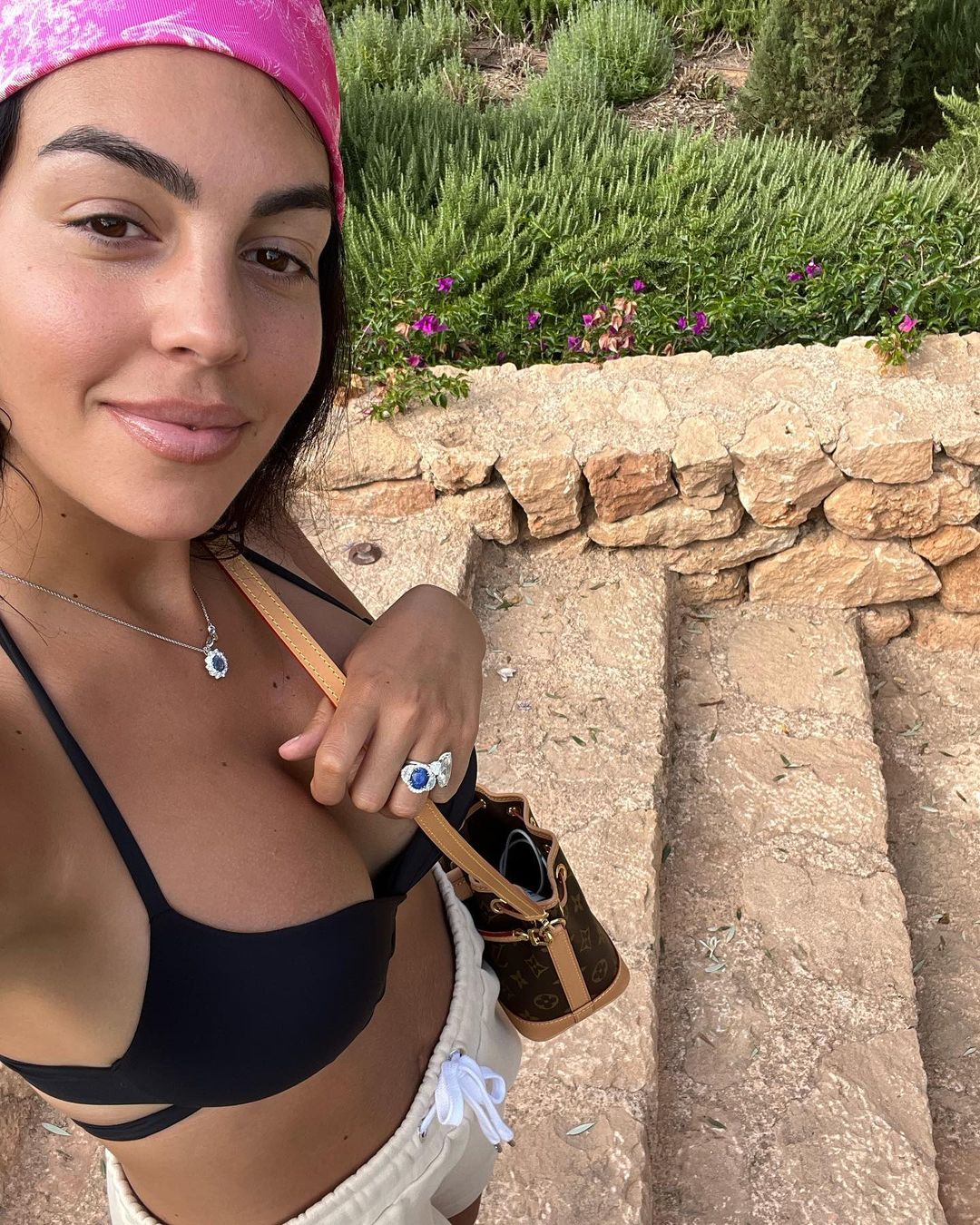 Georgina and her family are vacationing in Spain right now

Rodríguez took to her Instagram to share the pictures from her trip to Spain’s Majorca Islands with her fans all over the world. She posted a series of pictures of herself with her superstar beau Cristiano Ronaldo and their kids on the social networking platform Instagram.

“Mucho amor”, she captioned the photo. When translated into English, it means ‘lots of love’. She also dropped a red heart emoji in the caption of the post.

In the first shot, Georgina and Ronaldo can be seen posing with their children. She can be seen in a purple shirt and a pair of blue shorts. On the other hand, Ronaldo looks dapper in printed overalls. The duo completed their outfits with white shoes. Their two girls Alana and Eva can be seen twinning in yellow dresses.

Ronaldo’s eldest son Cristiano Ronaldo Jr. opted for a yellow shirt and paired it with black shorts, however, his youngest son Mateo can be spotted in Bart Simpson’s white shirt and grey shorts.

More details about Georgina’s latest trip with her family

Currently, Cristiano Ronaldo, his girlfriend Georgina and their kids are spending their time in Majorca, Spain. For those of you who are unversed, let us tell you Majorca is one of Spain’s Balearic Islands in the Mediterranean.

Majorca is best known for its limestone mountains, sheltered coves, beach resorts, and Roman and Moorish remains. In the pictures from their vacation, Ronaldo and his family can be seen enjoying their lives to the fullest. A snap shows Georgina trying to get a hold of the children while they are chilling in the water. The view in the background of the picture is breathtakingly beautiful. 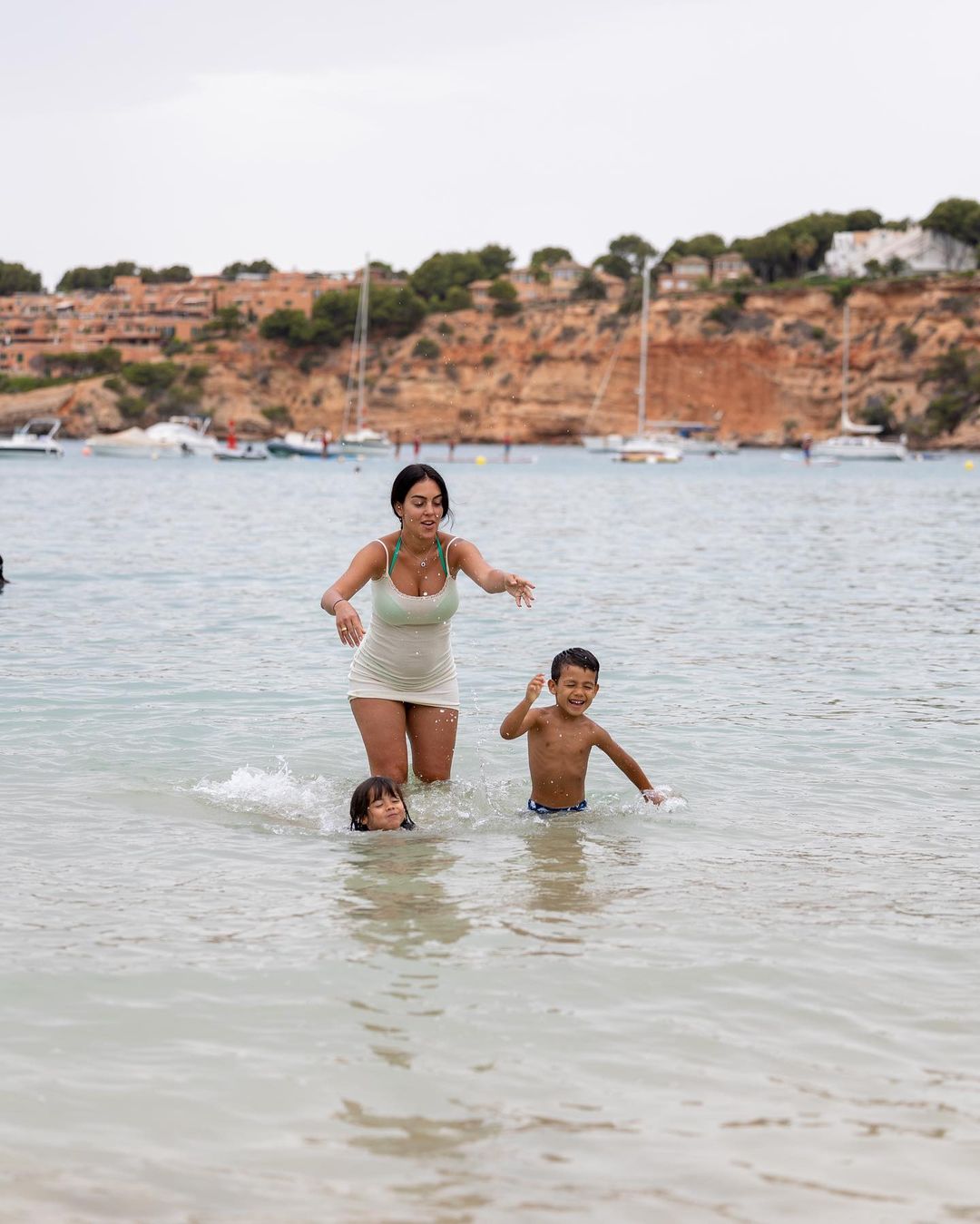 The carousel of pictures posted by Rodríguez includes a picture of her, and Ronaldo having a meal with their group of friends. The setting of the place is pretty simple yet elegant.

Next in line is a solo picture of Georgina from the trip. She sported a black bikini and white shorts in the shot. She topped off her beach look with a pink bandana on her head. Followed by a playful photo of their kids in the water and the last one is a gorgeous picture of the sky. 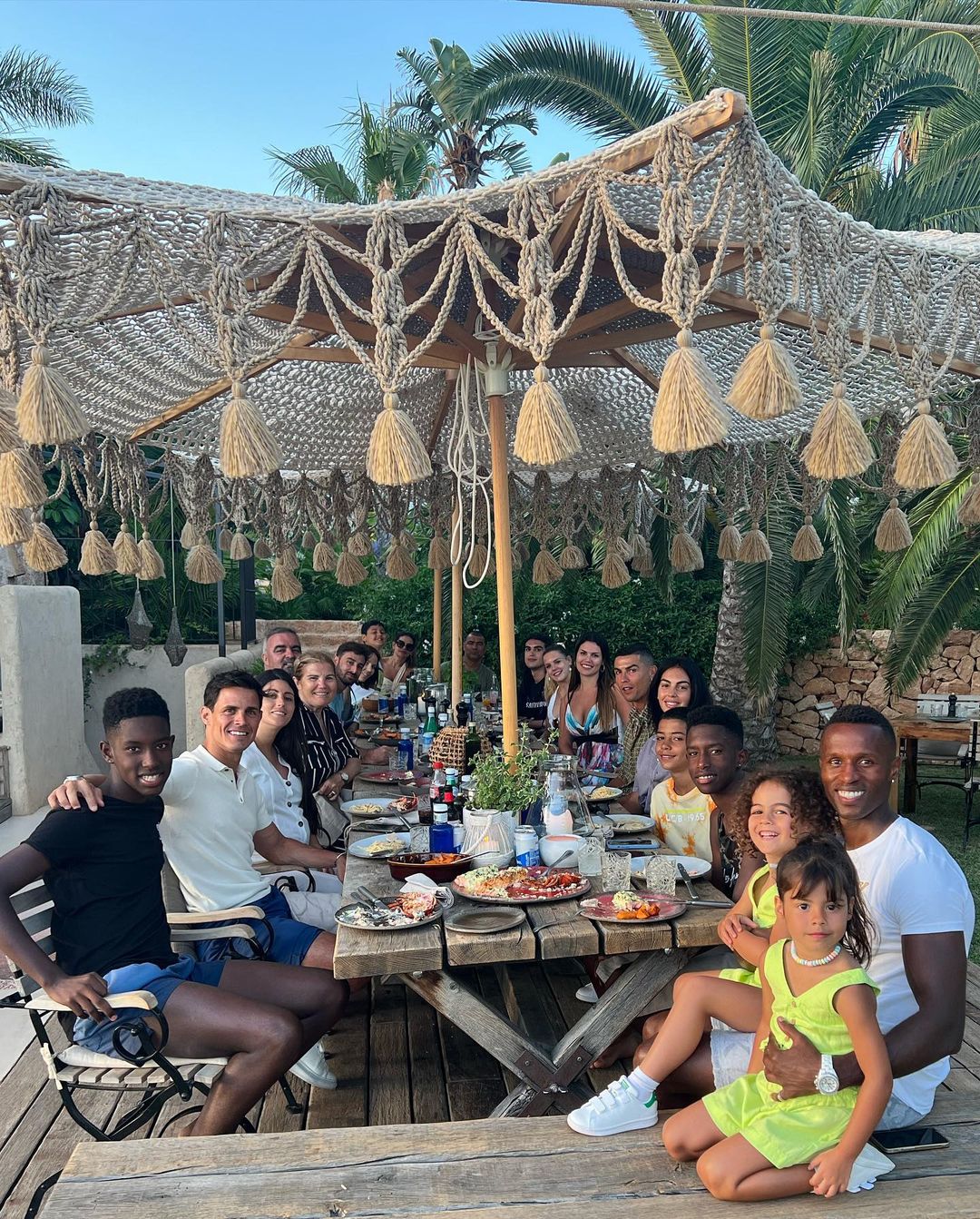 We must say Portuguese footballer Ronaldo, his baby mama Georgina and their children are having the time of their lives in Majorca.

Cristiano’s eldest kid Cristiano Ronaldo Jr. just turned 12 on June 17, 2022. It seems like the couple celebrated his birthday in Majorca, Spain, and Georgina’s Instagram pictures are a testimony to that. She dropped a couple of pictures from his birthday on Instagram.

Did you feel FOMO (Fear of Missing Out) after taking a look at the vacation pictures of Georgina and her family? Kindly let us know how your thoughts in the comments section below. Don’t forget to stay tuned with us for the latest updates from the world of showbiz.