Skims is trying to bring the 90’s nostalgia back to the screen with its latest campaign. We must say its new campaign looks fresh and different than the ones that we have seen before. Which models have starred in the Skims new campaign?

Former models of Victoria’s Secret Angels such as Candice Swanepoel, Tyra Banks, Heidi Klum, and Alessandra Ambrosio have appeared in the latest campaign of Skims. In the past, celebs such as Kate Moss, Megan Fox, Kim’s sister Kourtney Kardashian, Bruce Willis,  Demi Moore’s daughter and actress Rumer Willis, and ​​former inmate Alice Marie Johnson have been a part of Skims campaigns.

What did Kim have to say about the new campaign?

During an interaction with WWD, Kim Kardashian spilled the beans on the latest campaign of Skims. She said, “Through the years, I’ve witnessed Tyra, Heidi, Alessandra and Candice lay the groundwork for what’s possible as fashion icons and entrepreneurs, and bringing them together for the very first time with this campaign is a dream. These women are all trailblazers in their own right and I’m thrilled to be able to celebrate them in this way.”

In an interview, the Skims founder also stated, “I think all the other business I’ve had has led me up to that moment where I feel totally confident saying this is what we’re doing and…if you wear shapewear you will love this.” 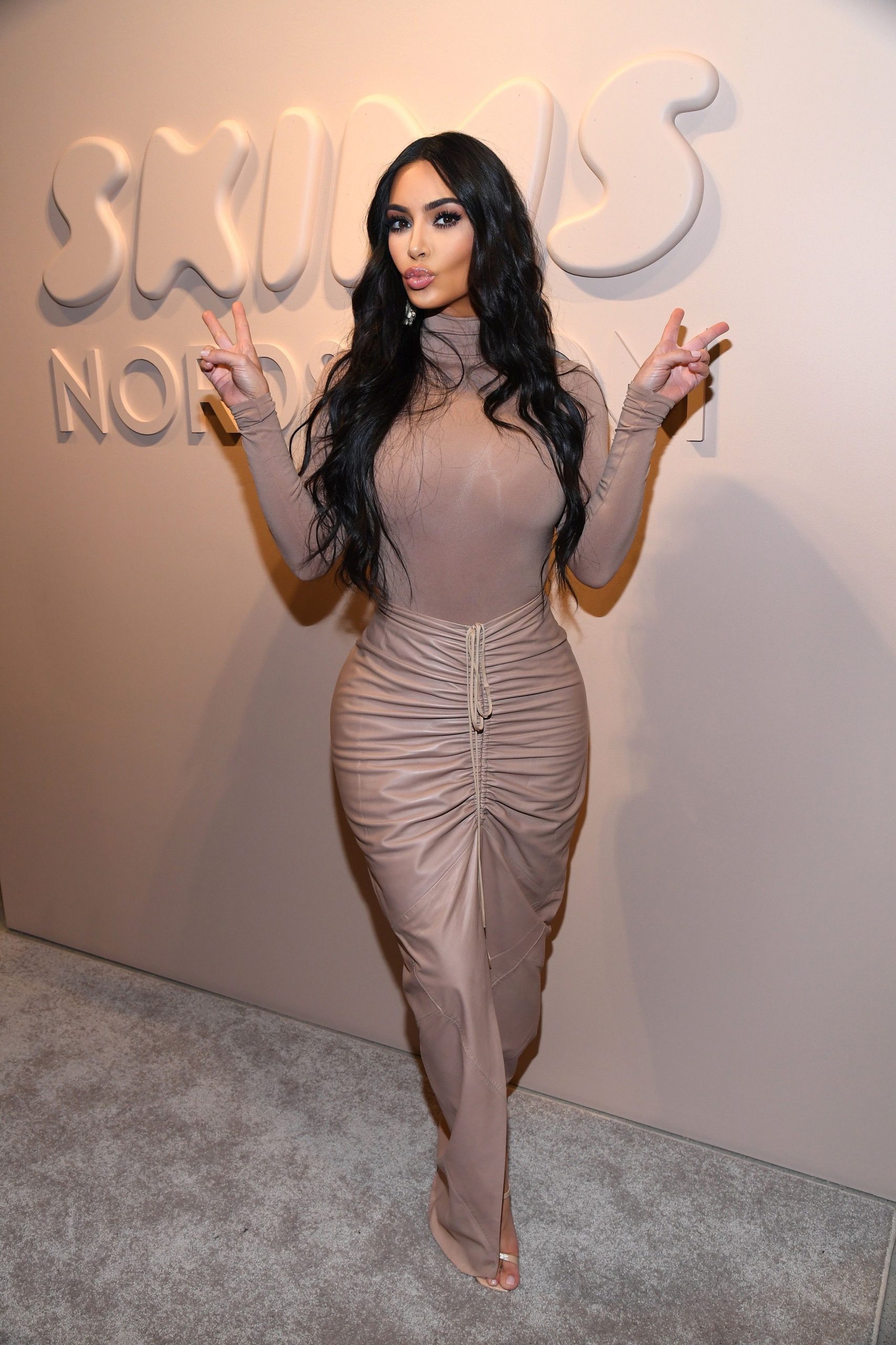 Skims also issued a statement that read, “With this campaign, Skims salutes strong, powerful women, highlighting the high-fashion collective’s prestige in shapewear pieces that make all women feel like icons.”

When was Skims found?

Skims saw the light of the day in the year 2019. The innerwear, loungewear, and swimwear brand was founded by Kim Kardashian and Los Angeles-based entrepreneur Jens Grede. The brand has had a long history of featuring A-listers from the world of entertainment. It includes a wide variety of underwear, bras, shorts, and bodysuits. For those of you who don’t know, the name of Kim’s shapewear line was Kimono. Back in the day, the launch of the brand was postponed as its founders wanted to rename it. The word Kimono was criticized by the fans of the star all across the world due to cultural appropriation. The mayor of Kyoto, Daisaku Kadokawa, personally wrote to the reality TV star about the use of the word Kimono as a garment that is related to Japanese Culture. In Japan, Kimono is a Japanese dress that is worn by people on special occasions like weddings and tea ceremonies. Kardashian took to her Instagram Story and said, “My fans and followers are a huge inspiration to me—I’m always listening to their feedback and opinions, and am so grateful they shared their ideas for a new brand name.”

Have you ever tried any products of Skims till now? If yes do let us know how has your experience been with the popular brand in the comments section below. Don’t forget to stay tuned with us for more updates from the world of showbiz.