Drake Gets Face Tattoo As A Tribute To His Mother

The Hotline Bling singer is back in the news. This time, it is a new tattoo that has made him break into headlines. Drake recently got a face tattoo as a tribute to his mother Sandi Graham. 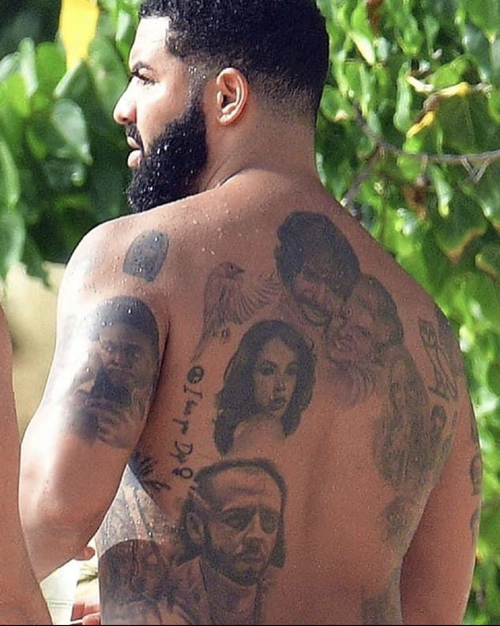 The 35-year-old took to Instagram to share the update. He posted a close-up picture of a tattoo artist at work while Drake lay on the tattoo table. The tattoo artist was at hard at work as the tattoo was quite small.

Drake posted several pictures. It was simply captioned the picture “s.g”, which are his mother’s initials. The first picture was a close-up look of the tattoo. However, he had posted multiple other pictures, six to be exact. 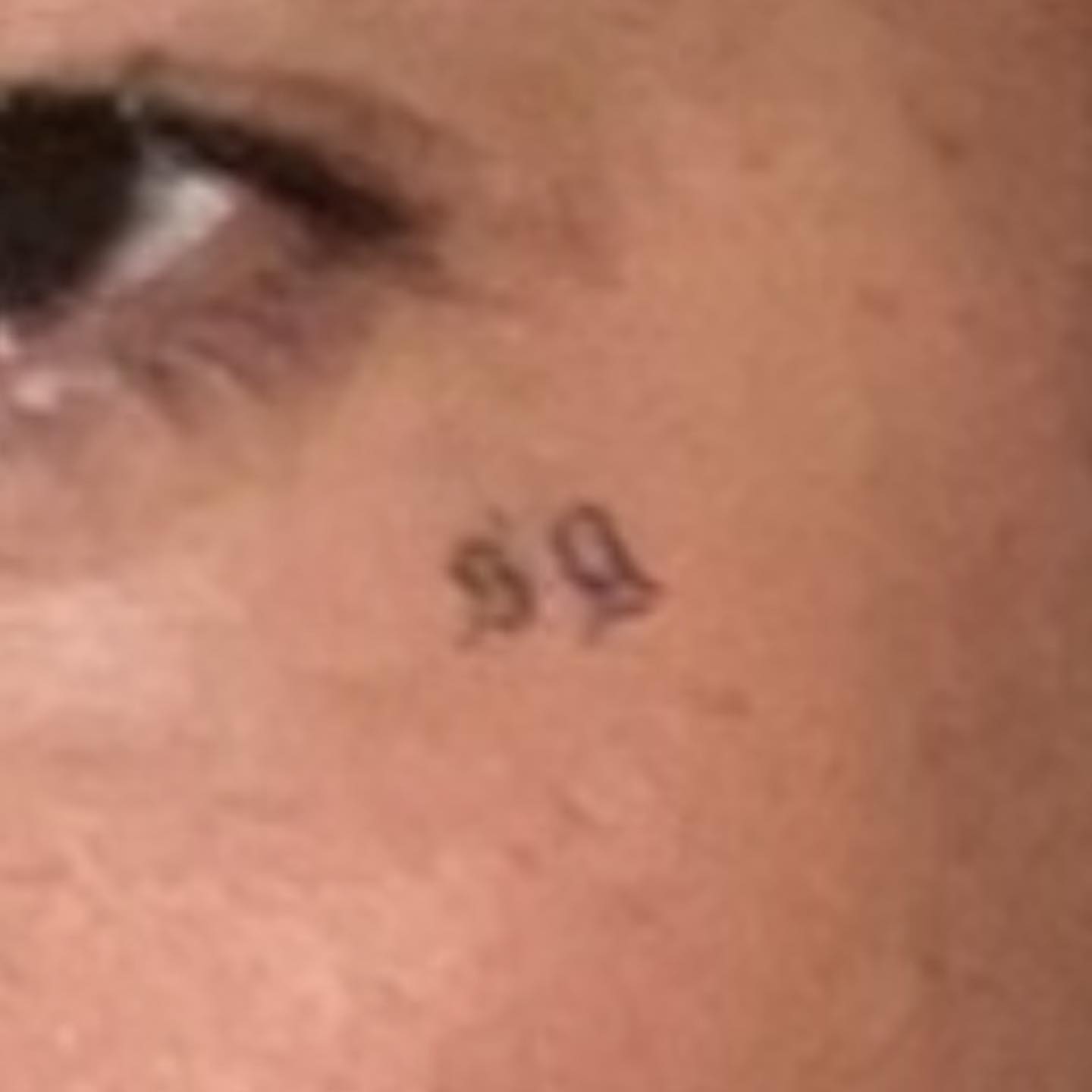 The second picture was a close-up picture of him in black and white. There was also a picture of a fleet of cars and a confusing picture of the old blackberry phone among others.

Drake and his father might have had a rocky relationship, but they are on good terms now. The four-time Grammy winner took a dig at his dad on Instagram. He posted a picture of his father’s arm tattoo of his face . The tattoo is around 5 years old, it was tattooed by artist Money Mike. 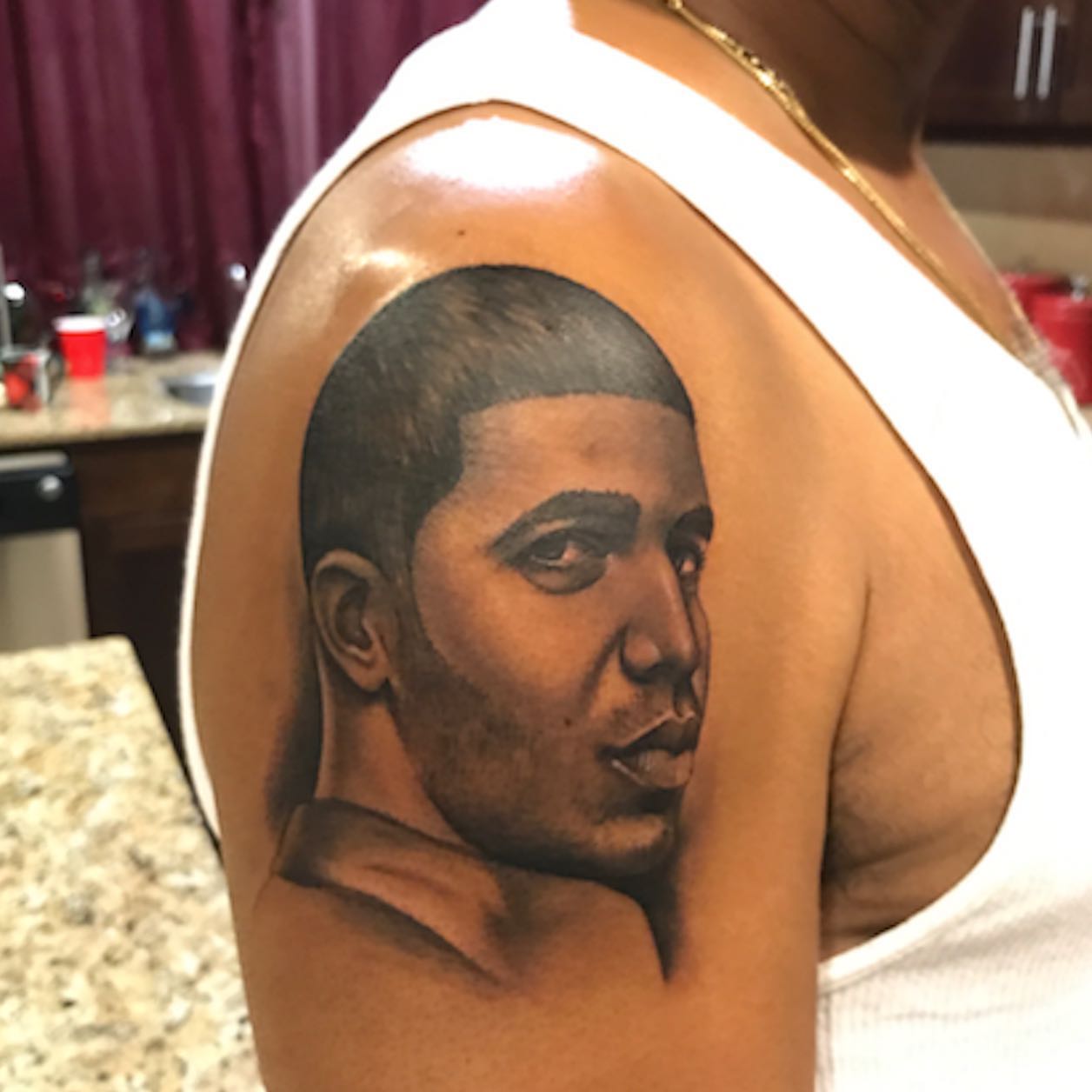 Along with the picture, he wrote “I was just sitting here thinking why you do me like this we family 😂😂😂”. His father, Graham, commented back and said “I love you ❤️😘💕 and miss you”. But that was not the end of it.

At that time, he wrote on his website “Had the honor and privilege of tattooing @champagnepapi father’s portrait on the man himself @therealdennisg thank you again Dennis for the hospitality and for letting me do this for ya. CHUUUCH!”

Drake is covered in tattoos! He has several tattoos to pay tribute to people he looked up to like Sade and Lil Wayne. Among his many meaningful tattoos are some that raised eyebrows. Back in 2016, he got a burning skull tattoo along with the word “unruly” written beneath it. He got heavily trolled for the tattoo when he shared it on his Instagram. One user called it a “spring break discount tattoo” while another called it “an angry Brussel sprout”.

He also got a tattoo of Drakkar Noir Cologne. While fans were confused by it, some believed that it was an ode to his old Twitter username @drakkardnoir.

He had also gotten a prayer hands emoji inked on his arm. It set off a huge debate about whether the hands were of two people high-fiving or praying hands. His latest tattoo of his mother’s initials is a much safer tattoo.

However, the placement of the tattoo under his eyes might raise some eyebrows. The usual placement for tribute tattoos is arms or hands. But it would be safe to say that this would not be his last tattoo and that we would get to see many more.