This Halloween, we have seen some pretty amazing looks from celebrities, including Kim Kardashian’s Mystique dress-up and Shawn Mendes’ Indiana Jones costume. Now another celebrity is making headlines for his incredible Halloween look.

The rapper chose to dress as Heath Ledger’s Joker from The Dark Knight, and he nailed it. Diddy looks exactly like the iconic villain from the DC comic books and was even able to pick up his personality traits. 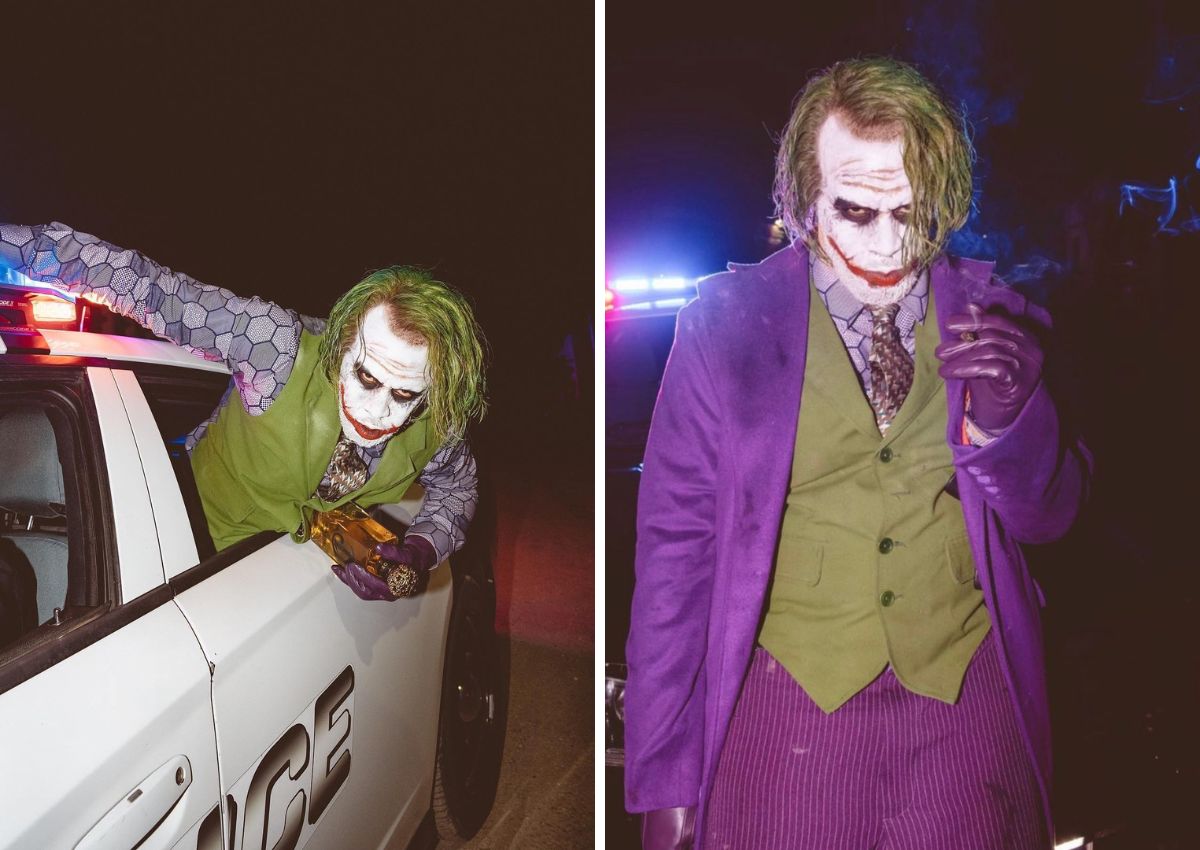 On Saturday, the record producer took to Instagram to share a number of photos and videos in his Joker avatar. Diddy did a great job of portraying the villain, recreating Ledger’s make-up, costume, and mannerisms to perfection.

In the first video, the 52 year old rapper shared the footage of him getting ready for Halloween and wrote, “Everyone have a safe and Happy Halloween!!! Let’s vibrate higher and move with LOVE.” The second video features him standing as Joker in a car parking, holding a fake machine gun.

He starts jumping and laughing as a fake grenade falls off his costume. The people present at the spot also seemed to enjoy the act as the rapper looked down at the grenade and started laughing hysterically. “Hello my friends, I’m the Joker. I’m highjacking Halloween! Hahahaha,” Diddy captioned the post.

‘Why so serious?’ says the Rapper

In another video, Diddy is seen walking in the middle of the street with a fake machine gun. He stops a vehicle and goes on to talk to the driver, who happens to be Tyler, The Creator. “Tyler, The Creator, you’re my favorite rapper in the world,” says Diddy, as the creator is not able to control his laugh and replies, “This is top tier.”

Diddy then, being in character, tries to carjack Tyler, but the latter drives off soon. “It’s going to be a glorious night!! Hahahaha @FeliciaTheGoat,” he wrote with the video. The fourth clip featured the rapper on the corner of a street as he tells the viewers that he is going clubbing tonight. “Why so serious?! 🃏🖕🏿🎃” he captioned the post.

Another post shows several shots of the rapper in the iconic costume. The stills look straight out of a film as Diddy stares into the camera hanging out of a car window. He is seen using a flamethrower in a photo and lies on the bonnet of a car in another image.

The rapper’s friends and fans were surprised by the perfection with which he recreated the look. “Gotta be one of the best executed costumes I’ve seen!” wrote a friend, while another commented, “Should actually play him ! You look dope asf 🔥 look like the real old school jawn 🔥”

“This is TOOOOOOOO GOOOD. 🔥🔥🔥🔥🔥🔥🔥🔥. You ate this and left no crumbs. KILLLED it,” penned a friend, and a fan commented, “Puff gonna end up playing the next Joker in the next Batman”.

A follower wrote, “Did so good ! Literally thought it was the joker himself!” with another commenting, “He said this is top tier he ain’t tell no lie lol Diddy is the king ❤️❤️❤️”

What are your thoughts on Diddy’s Joker look? Tell us in the comments section.