Kehlani Ashley Parrish, an American singer, dancer and songwriter has written a note to herself as she celebrates her 27th Birthday.

Ashley expressed her emotions on her special day by naming it the 27th Chapter of her life, by being grateful to God.

Ashley’s Note to her 27-year-old self

As you swipe to the next picture on Ashley’s latest post you will see an elaborate note Ashley has written for her 27-year-old self. She expresses how this chapter of life will “feel different” and  how everyone around us is aiming and working towards becoming “someone our child-selves would be proud of and someone that same child needed.“

Ashley’s Achievements are worth Being Proud of

The singer is worth being proud of what she has achieved at the age of 27. She gained her initial recognition by her band “Poplyfe” which secured 4th place in “America Got Talent” season 6. At a very young age, she earned her fame when her solo mixtape ‘You Should Be Here’ was released.

“Little you would not only be proud but would be in awe of you now.,” included in Ashley’s note is perfectly identified by the singer that her little self would sure be in awe of her to be reaching a stage in her career where she has gathered immense appreciation and love from fans globally. 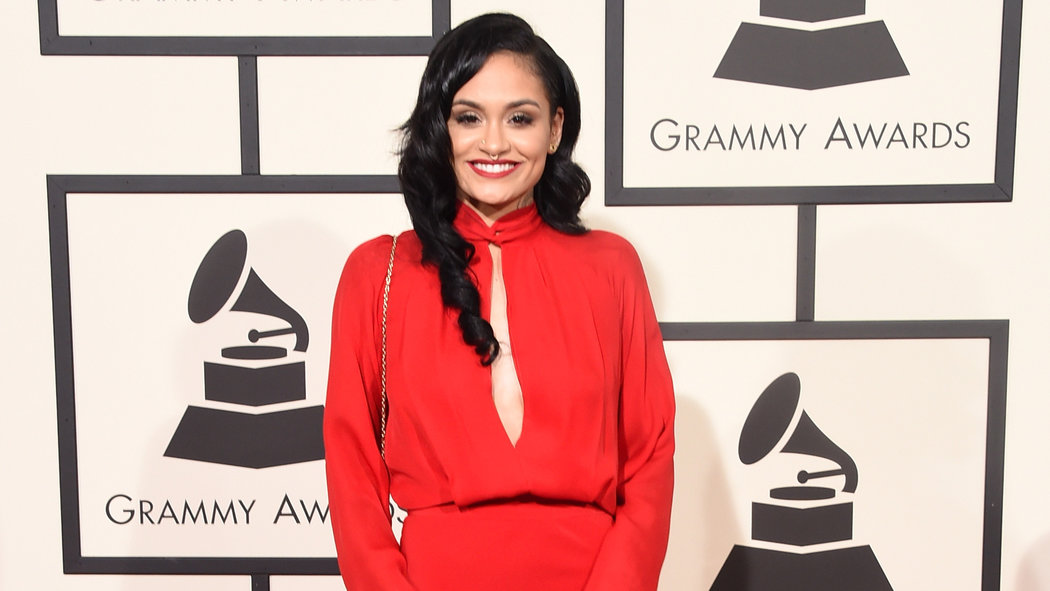 Ashley making the nominations for Grammy is a milestone in itself for such young artists.

The singer quoted that “You (herself) are fearless, your bravery is unwavering, and you do things even when you are scared.”

Ashley has been known for being straightforward and someone who speaks out her thoughts, she never shies from revealing her deepest fears and pain to the world and this honesty and bravery is what add the charm and uniqueness to her music.

In the above post, the artist expressed how she feels about different aspects of her life and how one should unlearn seeking validation and learn to be more mindful.

Being raised by her aunt, due to her mother being in the prison and her father passing away due to a drug overdose, the artist has been quite brave to leave the past behind her and embrace her future.

A Proud Mother Herself

Ashley, while addressing herself on her birthday expressed how she has evolved over these 27 years and how “You (Ashley) lean into all of your feelings because you have learned to alchemize. You are a better friend. A better daughter. Most importantly, you are an incredible mother. You are a mother your mother says she wishes was hers.”

The way the singer has been updating the fans about her evolving motherhood since her pregnancy says a lot about how she is doing her best to provide her child with whatever was missing from her childhood.

The caption to the above post of Ashley with her son is only a portrayal of how grateful she is to have her child in her life.

“You are more beautiful without makeup, and more inspiring with less words. Somehow your smile at 27 is most like your smile at 9, & you just keep getting younger. You’ve arrived, dressed in play clothes, barefoot with sea salt covered curls. It’s really nice to meet you. You’re finally who you always dreamed of”  is how Ashley ended her note.

The last few lines describe the fabric of Ashley’s living and how important self-love is to her. Ashley embraces herself ignoring all the standards set by society for her, age is just a number and she is just getting younger with every year passing. What she is focusing on is enjoying every moment of her being.

The 27-year-old self is what Ashley dreamt of becoming since she was 9.