Cardi B has gotten a face tattoo! The rap queen, who is famous for trying all things different, has taken the plunge to get some art featured on her face.

The 29 year old rapper posted a video on her Instagram stories, which featured her in the process of getting a face tattoo. Fans were also surprised to see her with straight long hair in the video. Read on to watch the songwriter getting her face tattooed. 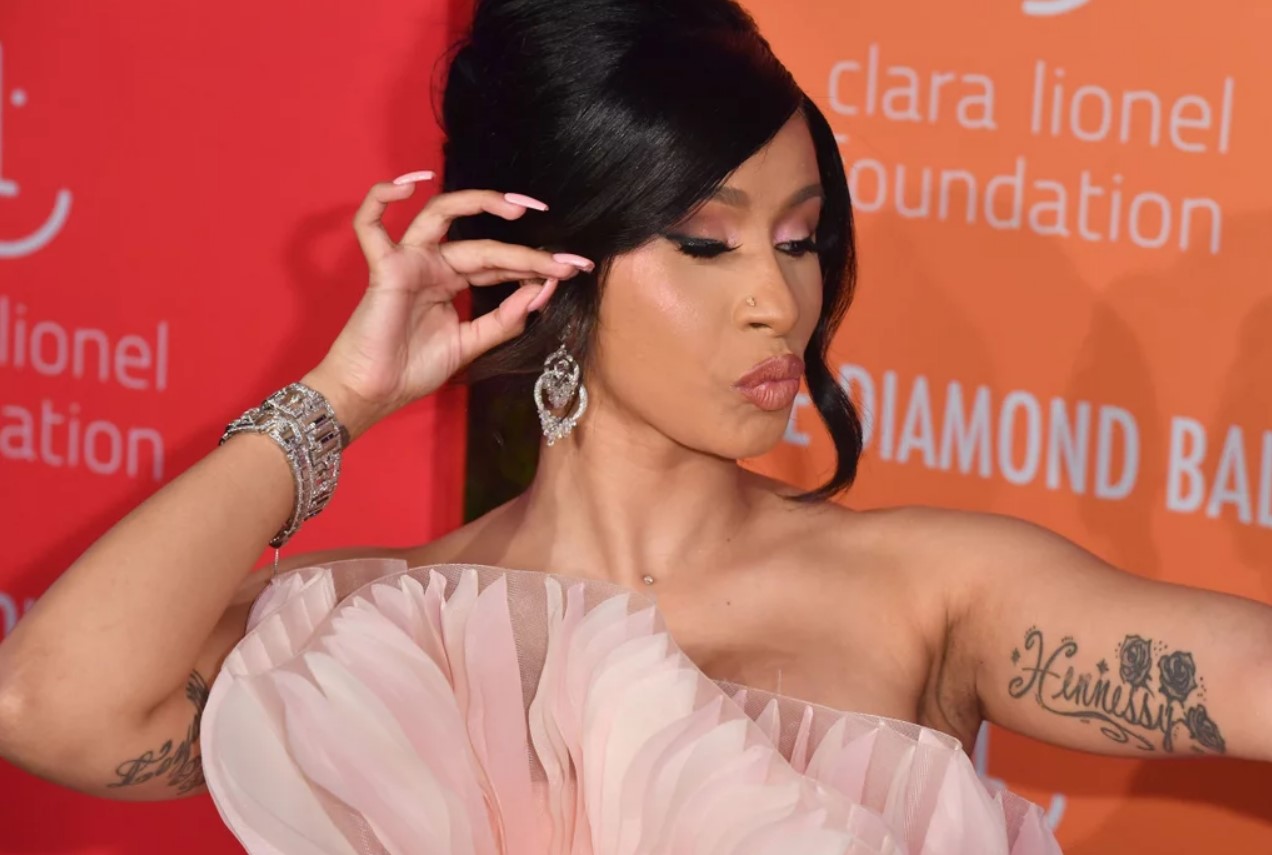 Cardi B shows off Getting a Tattoo

Cardi B took to Instagram on Sunday, August 14, to post a video in her stories, in which she was seen laying down as a tattoo was being drawn on her face by a professional artist. The rapper looked in pain as she got a tattoo on the left side of her face. She had covered the rest of her face with a blue towel. The video has now been posted on Twitter by her fans.

Cardi B via instagram story getting a face tattoo. 😍👀 pic.twitter.com/ri8WoUCbaB

Unfortunately, the tattoo has not been revealed as the singer is yet to give a sneak peek at the new art on her face. Apart from the tattoo, Cardi also intrigued her fans with her new look as she was seen flaunting her long straight hair.

She posted a photo and video of her long smooth hair on Instagram and captioned, “My last 2 washes I been boiling onions and using the water to wash my hair. I used to do this 6 years ago when I started my healthy hair growth journey.I stopped cause I got really lazy. Its odorless and I notice that it’s been giving a shine to my hair.”

The Rapper Recently Posted a Picture Embracing her Facial Hair

Last week, Cardi B took to Twitter to break away from the taboo associated with facial hair and took down conventional beauty standards in her own way. She shared a post where she could be seen laying in her bed without any makeup, but what caught the public’s attention was that she showed off her facial hair in the picture.

“Forehead foreheading, mustache mustaching,” she captioned the photo. Earlier too, the rapper had talked about body positivity. The I Like It singer was emphasizing the struggles she faced during and after her pregnancy and revealed that her skin was still loose and her face was “still so fat”, as was her neck.

Cardi Recently had a Social Media Feud with Bella Poarch

The rapper was recently involved in a social media feud with influencer Bella Poarch. The whole drama started when Bella’s Twitter account posted a tweet that read, “Better than Cardi B” while promoting her new song Dolls. Some other insulting tweets on her account were also noticed by fans, with one reading, “No Cardi No Clout.” Cardi B then called out the influencer and posted a screenshot of an Instagram DM that Poarch had sent praising her.

Later, Bella clarified that her Twitter account had been hacked, and the tweets were made by the hacker. She also apologized to Cardi and said that she was a huge fan of the rapper. Cardi accepted her apology, and things were now fine between the two.

What do you think Cardi B’s new tattoo will be about? Tell us in the comments section.