Britney Spears is all ready to walk down the aisle and marry her fiancé Sam Asghari today! The couple has decided to get married in an intimate ceremony. Read on to catch deep insights about their wedding. Britney Spears to marry the love of her life Sam today

The Gimme More singer is set to tie the knot with her fiancé Sam and we can’t keep our calm. Sources close to Britney have told TMZ, that the pair is getting hitched on Thursday, June 9, 2022.

As per the reports of TMZ, the couple will be exchanging their vows in front of a very exclusive and small guest list of nearly 100 people. It is said, Britney’s brother Bryan will be present for his sister on her big day however her mom and sister Jamie Lynn will not be there. The close sources have also told the publication that as of now, it has not been decided who will give away Britney at the altar and the final details are still being worked upon.

Not long ago, the singer posted a video of herself with Sam on the social media platform Instagram in which she can be seen flaunting her nails and it looks like she is ready to get married. In the clip posted, the two of them were sipping champagne in a Rolls-Royce.

The preparations for the pair’s wedding have been on for a while now. Sam popped the question to his ladylove in September of 2021. Soon afterward, he was spotted shopping for rings.

At that time, Spears dropped a video from their proposal day on the social networking service Instagram. “I can’t fucking believe it 💍💍💍💍💍💍❣️!!!!!!”, she captioned the post.

Britney and Sam have enjoyed their lives to the fullest since the time they got engaged. The pair has traveled to Cabo, Cancun, Las Vegas, and Hawaii where they were seen jet-skiing, booking lavish suites, and dining at some of the finest restaurants. We must say these two look happy in love.

What will Britney wear for her wedding day?

As of now, it is not clear what will Britney be wearing for her big day. In March, she documented a visit from the fashion designer Donatella Versace, so there is a slight possibility that Spears might wear an outfit designed by Donatella.

After Britney’s conservatorship ended, she knew what she had to do next, she wanted to get married, purchase a house, and have kids. We are glad she is ticking things off her list one by one. 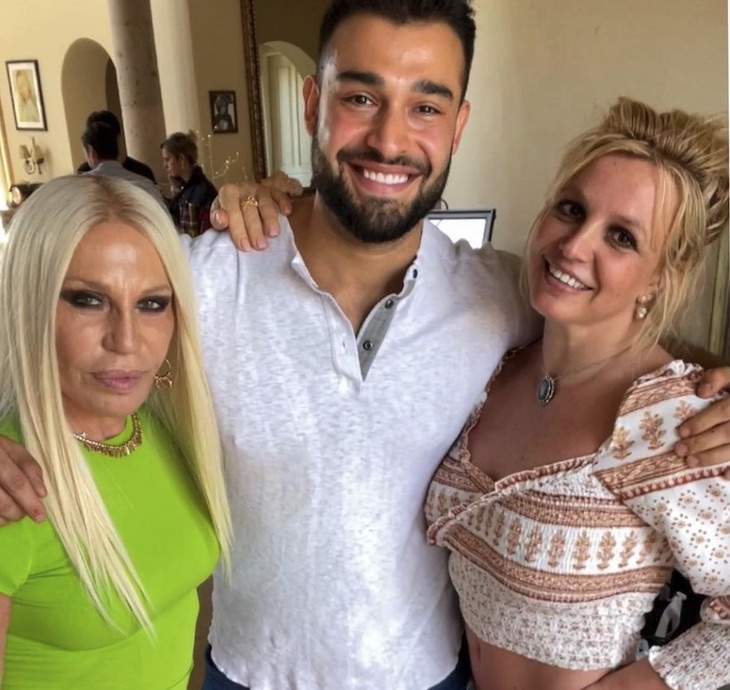 Britney and Sam announced that they were expecting their first child together in April but she suffered a miscarriage. The pair met for the first time on the set of Britney’s music video for Slumber Party and they have been together since then.

We are super happy for Britney Spears as she has finally found her soulmate in Sam Asghari. We wish the two of them nothing but loads of love and happiness for their married life. Don’t forget to stay tuned with us for the latest updates from the world of showbiz.