Adele has achieved immense fame as a musician. Now, “one of the world’s richest musicians” is set to step foot in the business. The “Skyfall” artist is set to launch a lingerie brand along with jewellery and perfume. The multiple Grammy-winning artists wants to cash in on the US market, where she has a huge fanbase. Adele is all set to launch a lingerie brand and sell, jewellery, perfume and clothing. It has been reported that the “Skyfall” artist “wants to cash in on the United States” market”. Adele’s long-running firm, Melted Stone has already filed to use the name “1,2, Free” to trademark goods in the US. The “Set Fire To The Rain” singer already got approval in the United Kingdom.

A music industry source revealed about the British singer’s plans: “Articles of underclothing” are among items listed in the application, which also includes watches, luggage, headgear, bags, backpacks, wallets end even key fobs.

“This venture could see her selling a wide range of items — particularly in the lucrative American market where she is huge. It shows that as well as being a great singer-songwriter, Adele is a canny businesswoman,” the source added. 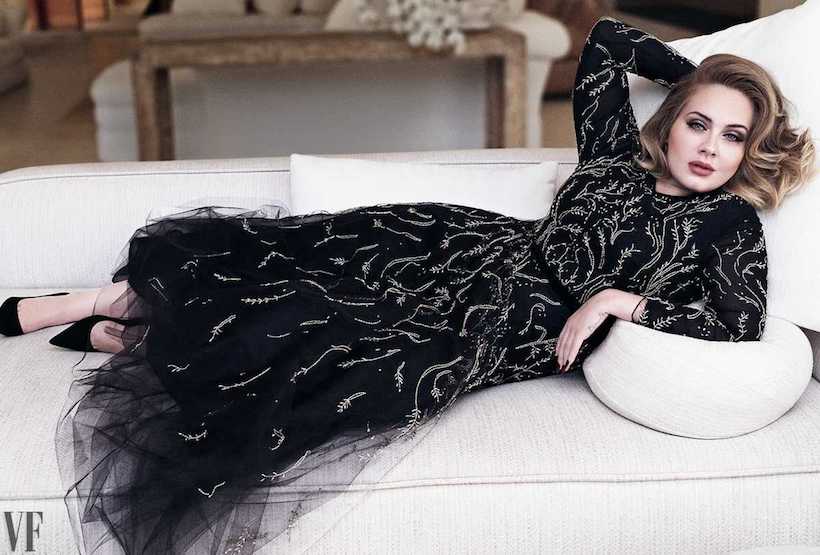 Adele is undoubtedly the world’s best-selling music artist, with sales of over 170 million records to date. While achieving 15 Grammys, 12 Brit Awards, 1 Oscar, 1 Golden Globe and 1 Primetime Emmy, the British singer has accumulated a lot of wealth with her hard work.

In 2012, Adele topped the List of Richest Young Musicians under 30 in the UK. She also got her name listed on the Sunday Times Rich List. From 2012 to 2018, Adele continued to have her name listed as one of the richest young musicians. She earned £23 million between May 2011 and May 2012, making her the “world’s highest-paid celebrity under 30”.

As of December 2022, Adele’s net worth is roughly $220 Million, making her one of the richest female singers in modern times. Well, it’s only going to add once she kickstarts this venture. Adele hasn’t responded to requests for comments. Keep reading for more updates.

Presently, Adele is busy with her residency show at Ceasars Palace in Las Vegas. The long-awaited residency show was previously postponed due to “delivery delays and COVID”. During her opening show in Nov., the Brit singer mesmerised fans after disappearing in thin air under a downpour of glittering pink confetti.

FYI, if you aren’t aware, a residency is a series of concerts, often involving at least 10 shows, performed at the same location. While Adele’s residency shows continue to dazzle millions of fans, the “Make You Feel My Love” singer has also revealed some of her post-Las Vegas plans. Well, she wants to get a degree in English Literature in 2025. Interesting, isn’t it?

Her residency show will run from 18 Nov. 2022 to 25 March 2023, with a total of 32 concerts. FYI, if you aren’t aware, a residency is a series of concerts, often involving at least 10 shows, performed at the same location.

While Adele’s residency shows continue to dazzle millions of fans, the “Make You Feel My Love” singer has also revealed some of her post-Las Vegas plans. Well, she wants to get a degree in English Literature in 2025. And now, she has decided to dive into business just like other successful artists. Exciting, isn’t it?