2022 Met Gala: Emma Stone Wore One of Her Wedding Dresses

Indeed this is was sustainability is. Emma Stone stepped onto the Red Carpet at the 2022 Met Gala in a simple and short feather dress that made the fashion commentators speculate that Emma interpreted the theme of ‘Gilded Glamour’ as a reference to the 1920s flapper era. 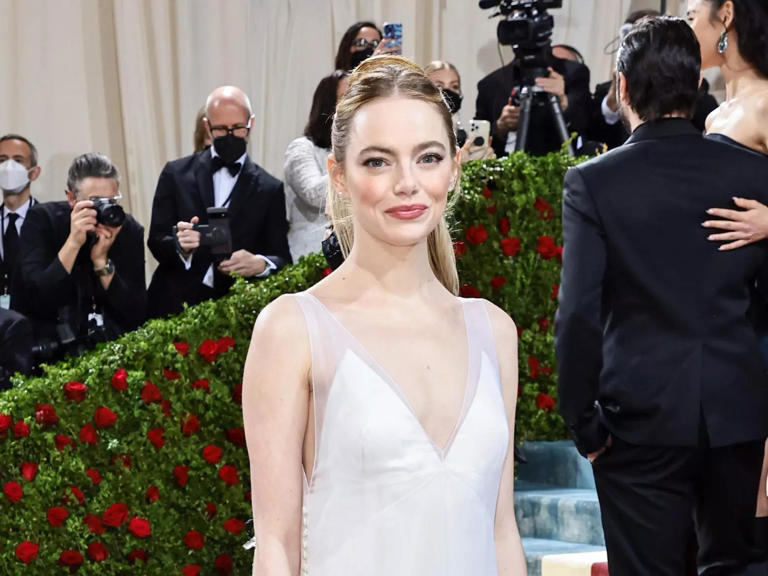 Emma’s wearing the simple dress on the Met Gala Red carpet was a bold move, she wore the white short dress to the night which is the fashion’s biggest night.

“But if you’re going to recycle on the first Monday in May, wearing your wedding dress is an excellent choice.”

The speculation was resolved when it was revealed that Emma was making a statement on sustainability by choosing to wear her Louis Vuitton wedding afterparty dress.

Fans loved her outfit and expressed how she looks “effortlessly gorgeous.”

Vouge reported that “Emma Stone’s dress is, in fact, a special piece she wore to her wedding afterparty that has never been seen publicly before.”

Story Behind the Dress

The Oscar-winning actress, Emma secretly got married to Dave McCary in 2020, after the ceremonies were postponed owing to the pandemic. The couple met in late 2016 when Stone hosted Saturday Night Live and it was later confirmed that they started their romantic relationship in 2017.

Stone and McCary announced their engagement in 2019 and later in 2021 they also welcomed a beautiful daughter Louise Jean.

The couple confirmed their wedding after the couple was spotted wearing matching gold bands in September 2020 which was only 9 months after they shared the news of the engagement.

As there were no pictures of the ceremony shared by the couple, it’s unclear if the dress Emma wore at the Met Gala was her wedding gown or an afterparty look. As the nuptials were private the dress hasn’t been seen by the public before. 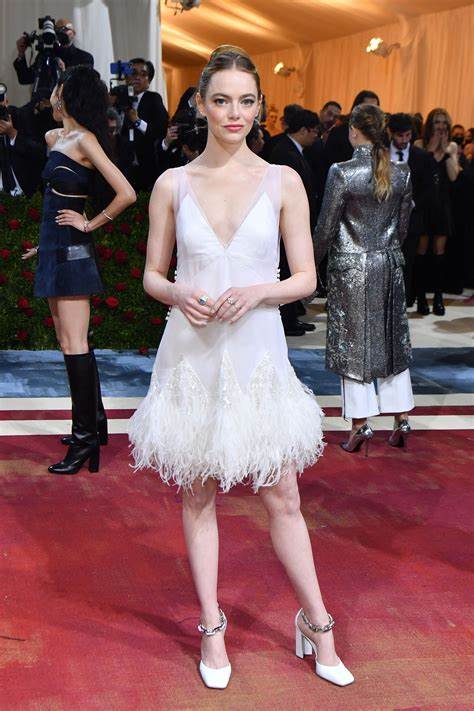 The Louis Vuitton dress worn again by Emma wasn’t any big sacrifice as the notion of “wearing a dress twice in public” is strange when it comes to celebrities but something that has not been seen publicly earlier is not that big of a step towards the fast fashion and climate crises.

But, still, people do appreciate this notion so every time a celebrity wears breaks a trend it’s all over.

Though Stone got an opportunity to show off one of her wedding dresses on the biggest stage of all that is the Met Gala, her look seemed polarizing to various fashion enthusiasts.

Stone’s satin outfit put together sheer sleeves, a plunging neckline and a feathered skirt to make her look perfect. She paired it with white heels and wore her hair up in a bun.

Emma Stone is the epitome of grace and glamour at the #MetGala https://t.co/7pfrLBm0XO pic.twitter.com/E467YZH1Sf

While some call her to look the perfect interpretation of the theme of Gilded Glamour while others are comparing her white short dress to the unfavourable costumes in the movie Black Swan.

But her dress sure looks like the iconic Edgar Degas Dancer of Fourteen Years statue which was made back in 1880, placing Emma’s look perfectly in the “Gilded Glamour” period.

Though the notion of celebrities reusing their dresses is highly talked about, it sure does send a great message on the sustainability front and is well embraced by the fans.