While celebrities like Sara Jessica Parker, Kim K, Blake Lively and Gigi Hadid nailed it at the Met Gala red carpet, some stars failed to live up to the theme of the 2022 Met Gala. Moreover, their experiment turned out to be a total disaster.

This year’s Costume Institute’s exhibit  America: An Anthology of Fashion, with a “Gilded Glamour” dress code specifically requested, the Met Gala isn’t a costume party, but some celebs failed to understand this. Here are the 10 worst dressed celebs from the 2022 Met Gala. Her heavy wide corseted off-white hip and a look skirt made her look ugly and nothing else. She described her outfit as a “Deconstructed Version” of her fiance Travis Barker’s tuxedo and tails but that turned out to be an absolute disaster. Another outfit that was looked down by fans and celebs was the Cuban-American singer’s all ill-fitting crop top with an open crisscross chest. Camila Cabello’s Met Gala outfit was looking untidy.

The skirt with side layers of fabric, rainbow tulle flowers and a long train was just not able to reveal her true beauty. Not just this, her makeup wasn’t up-to-date and it felt like she has just come out of her sleep. Another Kardashian who adds to the worst looks from the 2022 Met Gala is none other than Kylie Jenner. The otherwise beautiful woman just overdid her experiment with this year’s theme and I have zero explanation for what she wore.

Kylie was seen in a ruffled gown and a baseball hat that she wore backwards. On top of that, she had a blusher veil and it felt as if she has just arrived at the set of a horror movie. I don’t know where is the “Gilded Glamour” here. Can you? Fans had high hopes for the gorgeous Academy Award winner. This was Emma Stone’s first major red carpet event in ages. However, Emma Stone decided to wear a simple white halter minidress with a feathered hem.

It felt like Emma just pulled out something for her wardrobe and did not even consider this year’s theme. Moreover, her cheeks were overdone in blush and the dress colour completely washed out her fair complexion. The Swedish fashion icon went over experimenting with his fashion sense for this year’s Met Gala theme. He appeared in a silver Iris Van Herpen jumpsuit with silver structured wings/fins and white-blonde hair.

Fredrik was looking like a bird and many fans mocked him for his looks on Twitter. He was also mistaken for Jared Leto until the real Jared appeared with his planned doppelganger, Alessandro Michele. 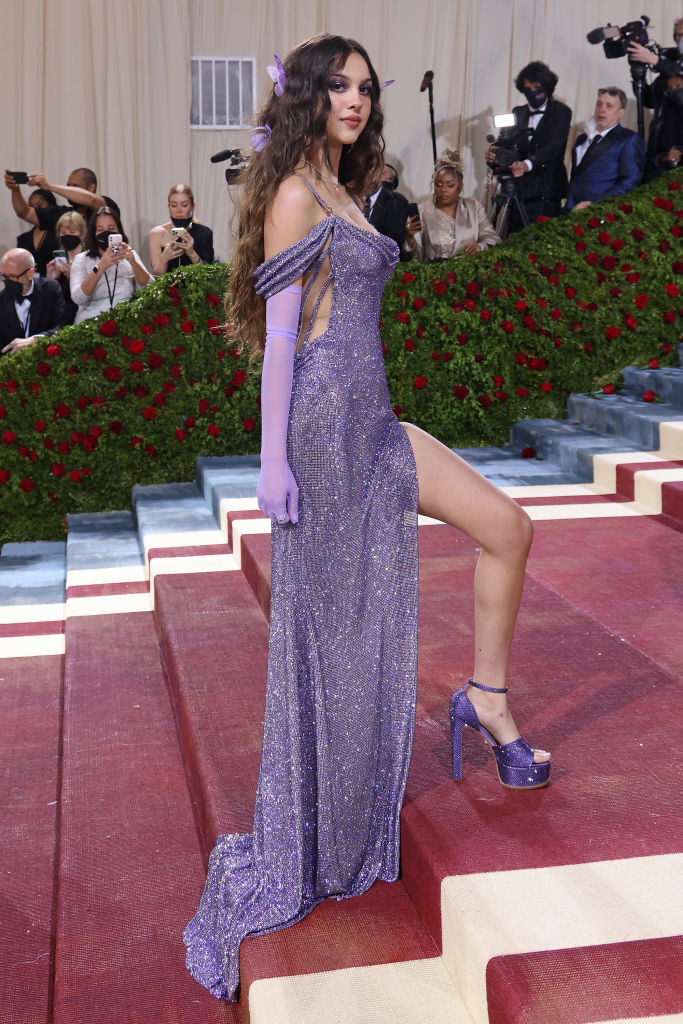 Olivia Rodrigo might be looking good in her purple outfit with matching heels but she failed to live up the the “Gilded Glamour” theme at this year’s Met Gala. Her costume screamed more like Halloween and wasn’t appropriate for this high-fashion event. Another worst outfit at the 2022 Met Gala event was worn by the Oscar-winner Jessica Chastain who was looking more like a glittering lamb. Her turban-like headpiece looked funny and it appeared as if she had just glittered herself to walk down the red carpet.

You can compare her look to a giant ruby slipper and nothing more. I feel that she tried to look like one of the characters from Aladdin but miserably failed at justifying that as well, let alone the Met Gala theme. 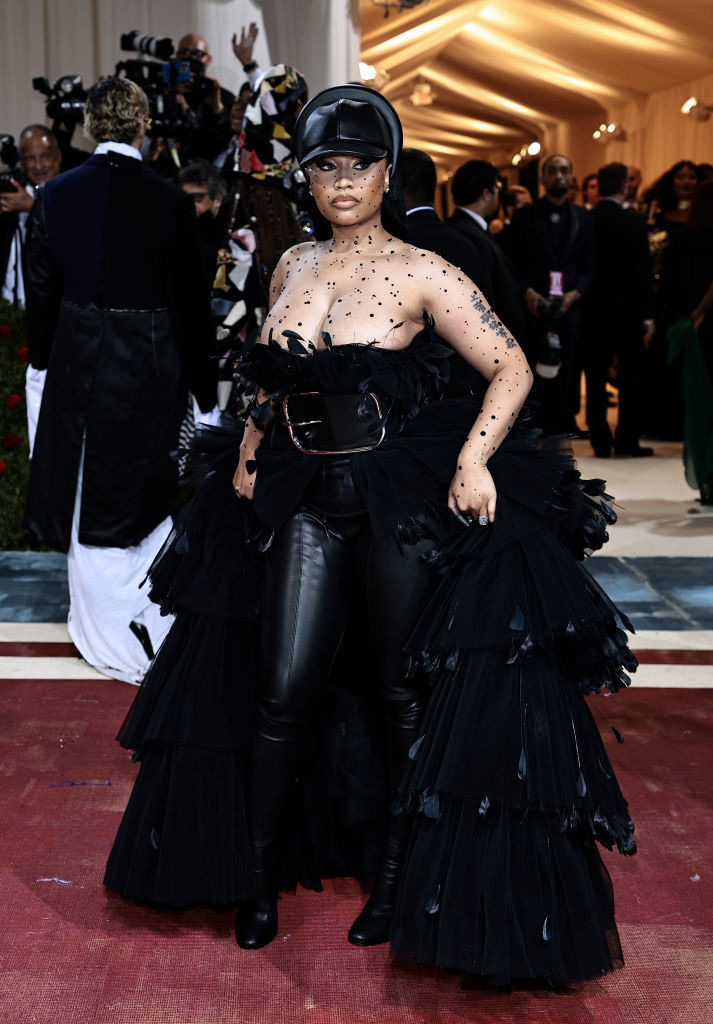 I don’t know why am I writing about Nicky Minaj now but if there was an Oscar for the worst-dressed celebrity, it would go to Nicki Minaj for her weird Met Gala outfit. The “Pink Friday” star wore a terrible black gown with an oversized belt.

She even wore a baseball hat which did not even compliment her look at the Met Gala. Nicki wore tight-fit leather pants with knee-high boots. She also had black chicken-pox like paint all over her face and hands. I don’t know what on earth she tried to do. Can you explain? 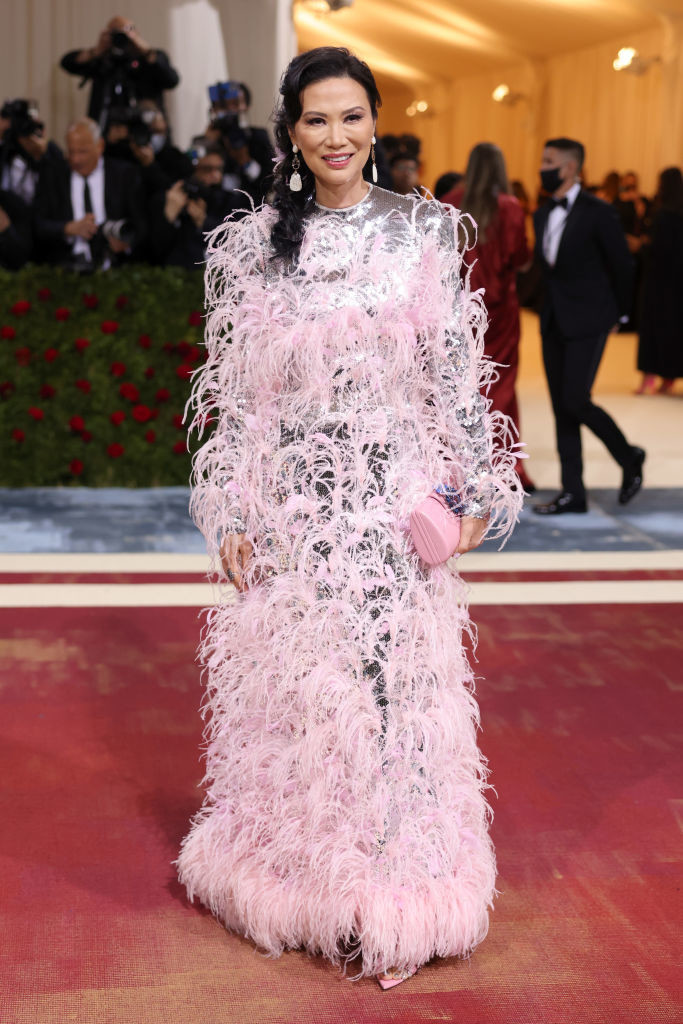 The Chinese-born American entrepreneur Wendi Dang Murdoch looked like a cotton candy factory at the 2022 Met Gala. Her pink feathered dress made no sense to the theme “Gilded Glamour”. Her oversized stone earnings were also not pleasant to the eyes.

Although, she looked appropriate for a children’s birthday party where kids would have run into her for some cotton candy. I think she just experimented too much with her look. I did not like her weird pink clutch also. 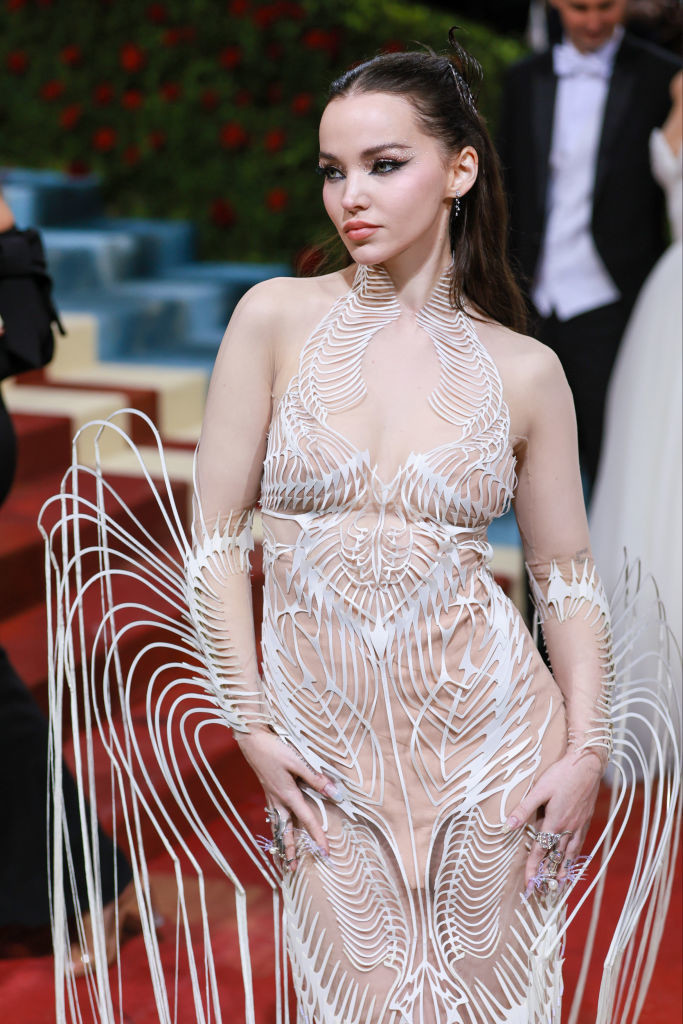 Here, I agree that Dove Cameron took the risk with a bold dress and her makeup was up-to-the-mark but I think she wasn’t looking anything else other than a water fountain. Phew, it looked like her dress was made out of a dead crab’s skin. 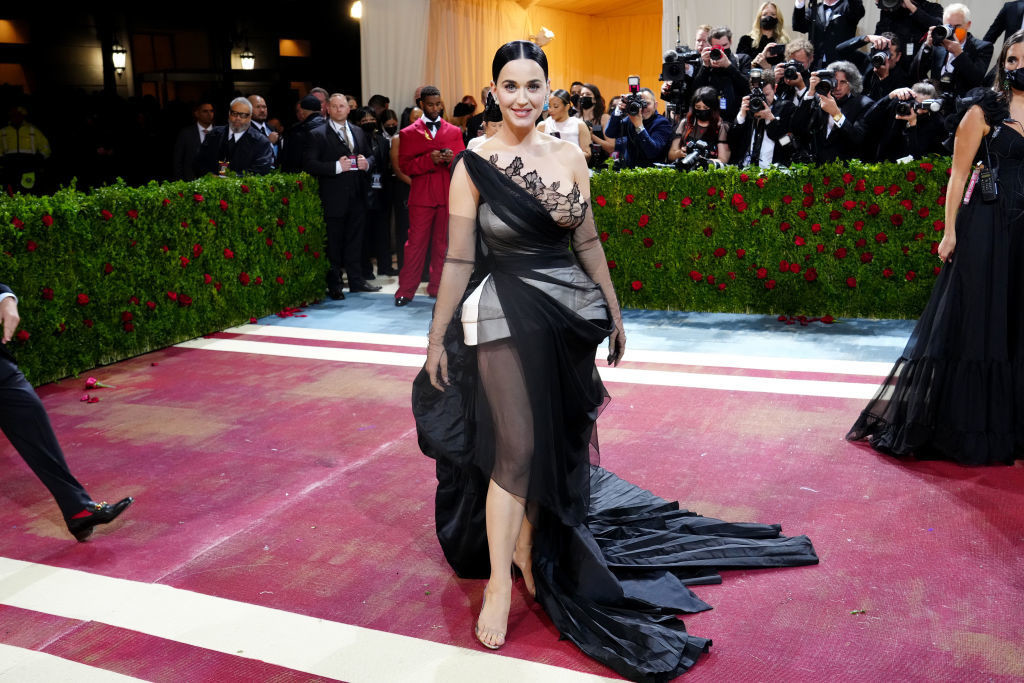 Katy Perry is another name when it comes to the list of “outfit disasters” at the 2022 Met Gala. Fans had high expectations from Katy Perry as she is known for her influential style on the youth.

The “sex icon” however experimented with her look and walked the red carpet in a weird and unfinished dress. She was wearing a tiny fully dress and had wrapped a black net all over. It felt like she deliberately tried to look ugly at this event. Who else do you think failed to live up to the glamourous fund-raising event’s theme this year?