Zendaya Did Not Get beaten Up; The Viral Video of a Woman is Someone Who Resembles Her

A viral video of a woman getting beaten led the internet to believe it could be Zendaya. However, it has come out that this video showcases a woman of colour is of someone who resembles her. Read on to know more about the reality behind this disturbing video. 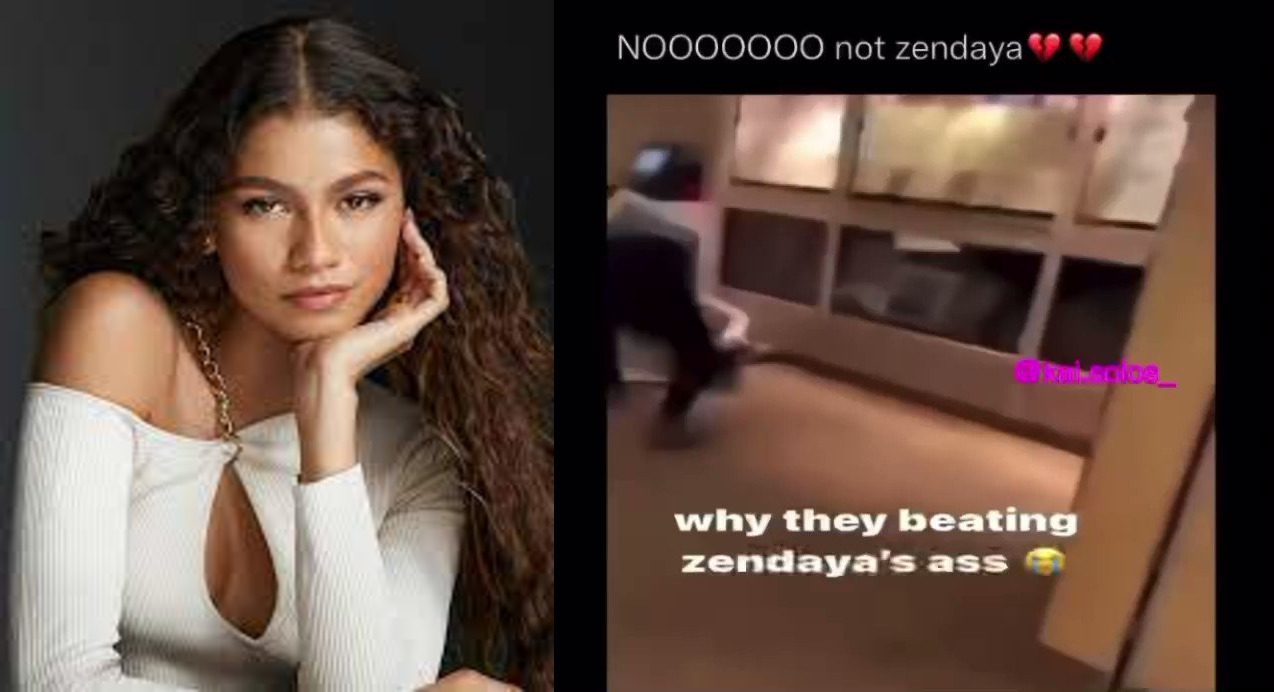 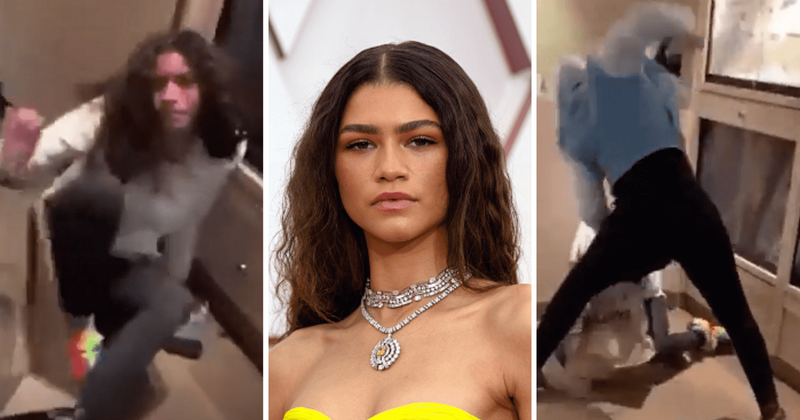 A video of a woman getting brutally assaulted has been going viral on the Internet over the weekend. The new clip surfaced on Sunday, May 29, and created quite a buzz as many thought the woman in the video was the Euphoria star, Zendaya.

Raw footage of zendaya just casually in the mall getting her ass beat!!! Why didn’t spider-man save her? #ZENDAYA #shaderoom #celebrityleaked #worldstar #fight #TMZ #KO'd pic.twitter.com/M58bUKwQBt

The context of the video is not clear and it is not known who exactly was involved in the video but the viral video has sparked outrage on Twitter as people started to speculate that the victim in this video is Zendaya. Some social media users also said that it’s weird that netizens only cared if it was Zendaya.

What’s the Video About?

Stop Guys !!! She Is Not Zendaya !!! #ZENDAYA pic.twitter.com/qIZ7HKShlm

The 7-seconds-long video shows somebody wailing on a poor girl inside of an apparent store somewhere. After blowing several punches, the unknown people can be seen kicking and sending the woman flying back and knocking her head against a wall. The only thing that’s known for now is that it’s a woman of colour. Moreover, she resembles Zendaya. The air was cleared off when the paparazzi went on to find out who the real person is behind this disturbing video. It came out that Primetime Emmy Award winner isn’t rocking long hair at the moment. Her hair is much shorter if we see pictures from her recent pap shots of her out and about in Massachusetts. Zendaya’s shoes are also different from what’s in the video as the victim can be seen wearing rainbow-coloured Crocs. Zendaya’s got sneakers on her and has publicly said she’ll either rock tennis shoes or heels, not much in between. Zendaya’s never been snapped in Crocs from what we could find

Nevertheless, filming and recirculation of an assault on a woman of color is something many see as a disturbing trend. We don’t know yet who the real victim is I ask you a question, how does it matter? Does it take a celebrity to raise concerns when such  “women of colour” fall victim to such brutal assaults? The 25-year-old “Dune” star may not have spoken up on this quite yet, but such incidents reveal the mindset of our society which give so much importance to stars. Times when people should be talking about who the criminal is behind this video, all they can talk is about Zenadaya!

In March 2022, a 67-year old woman from the Philippines was punched 125 times by Tammel Esco without any provocation. The 42-year old Yonkers who lived in the same apartment as the victim was arrested for an appalling hate crime against this Asian-American woman.

This is just one example of what women coming from a different backgrounds undergo in the United States. Statistics reveal that for every Black woman who reports rape, at least 15 Black women do not report.

Sadly, this statistic remains relevant today. Given the impact of historical trauma, racism, and oppression, often Black women will tell no one about the abuse. From getting terrorised to falling victims of sexual abuse, black women are subjected to some sort of abuse.

Zendaya or some random Zeenia, every woman is equally important. We have a collective responsibility toward the safety of women irrespective of their caste, creed or race. The authorities must find out who the victim is and put the wrongdoers behind the bars. To me, that is what should be talked about. What do you think?