There’s a desi version of Cards Against Humanity that is just as hilarious, and dare we say even more fun than the original game. The Indian version was invented in Bangalore by Vedant Mehra and is called The Best Bored Game. The idea for the game came to him during a family meal. Essentially the game sprang from boredom along with a good measure of alcohol in Mehra’s system.

“The idea actually came to me when I was sitting down with family over a typical lazy Sunday afternoon, bored to death as everyone was too busy staring into their phones and not making conversation,” Mehra told HomeGrown.in. “I wanted to change that, I wanted people to look beyond their phones and actually have some real-world fun.”

So how do you play?

The questions have a hilarious desi twist so be ready to encounter things like “the last thing Manmohan Singh said was ______” or “What did Pranab Mukherjee whisper to Mamta Banerjee?” Or my favorite, “Choli Ke Peeche Kya Hai.”

The game is in English and Hindi with an updated version soon to be released. There’s an all Hindi version as well. Check out their Facebook Page on how to purchase whichever version of this game. 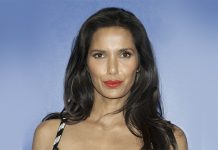