There’s some real drama brewing in the WWE community following the former SmackDown Women’s Champion, Carmella’s objectionable photo leak with husband Corey Graves. Calling it a “fake photo”, the 34-year-old wrestler has addressed the controversy, and guess what her fellow wrestlers have come to her rescue. Photoshop Is on Another Level These Days…

“The Most Beautiful Woman In All Of WWE”, Leah Van Dale, who goes by the ring name Carmella, has addressed the recent controversy after a fake photo of the former SmackDown Champion, indulging in an adult activity with her husband, was circulated all over the internet.

The WWE star took to Twitter to comment on the alleged fake “leaked” picture with Corey Graves. While we can’t show it here, Carmella has issued a statement in her defense. She wrote: “Y’all really wanna see me fail, huh?? Photoshop is on another level these days…

Well, the drama didn’t need here when one Twitter user responded that a particular similarity led social media users to believe that it was real, Carmella gave another befitting reply. She wrote: “ITS PHOTOSHOP!!! Do some research and you’ll find the ORIGINAL. Stop tweeting about things that you know nothing about. You’re out here trying to ruin people’s lives and careers. It’s disgusting.” Well, it’s true that such “fake pictures” do need up spoiling people’s careers. In Carmella’s case, the talented wrestler hasn’t returned to the ring since an injury at a house show months ago. On the controversy, fellow WWE wrestler, Natalya also came to her rescue and tweeted: “Often imitated but never duplicated!

On the other hand, Corey Graves, who is Carmella’s husband still has an active commentary career on both Raw and SmackDown. Carmella and fellow WWE employee, Matthew Polinsky, famously known as Corey Graves came into a relationship in 2019 and got married this year on April, 7. 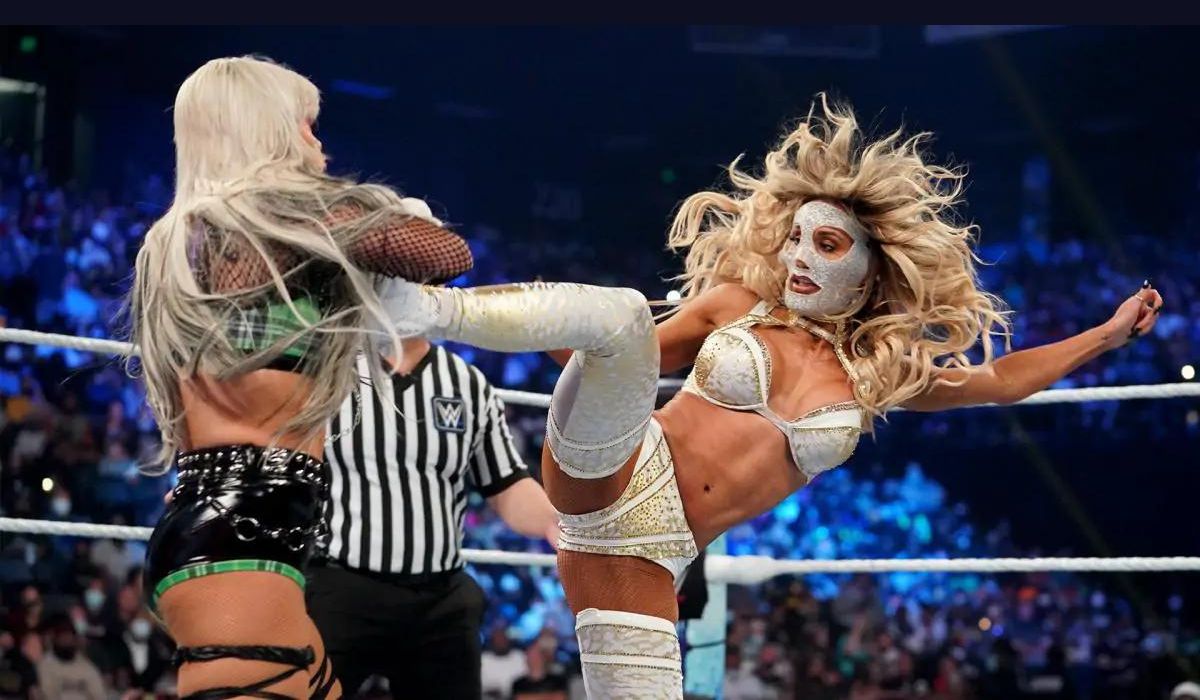 Carmella, whose real name is Leah Van Dale, is a famous American wrestler, model and danger. She was signed with WWE in 2013. In 2014, she became the manager for Enzo Amore and Colin Cassady. Two years late, she made her roster debut on SmackDown, under the ring name Carmella.

In 2017, she secured her first win at the inaugural women’s Money in the Bank ladder match. Next year, Carmella defeated Charlotte Flair, winning the WWE SmackDown Women’s Championship, also becoming the first woman in WWE history to cash in her In Money in the Bank opportunity. 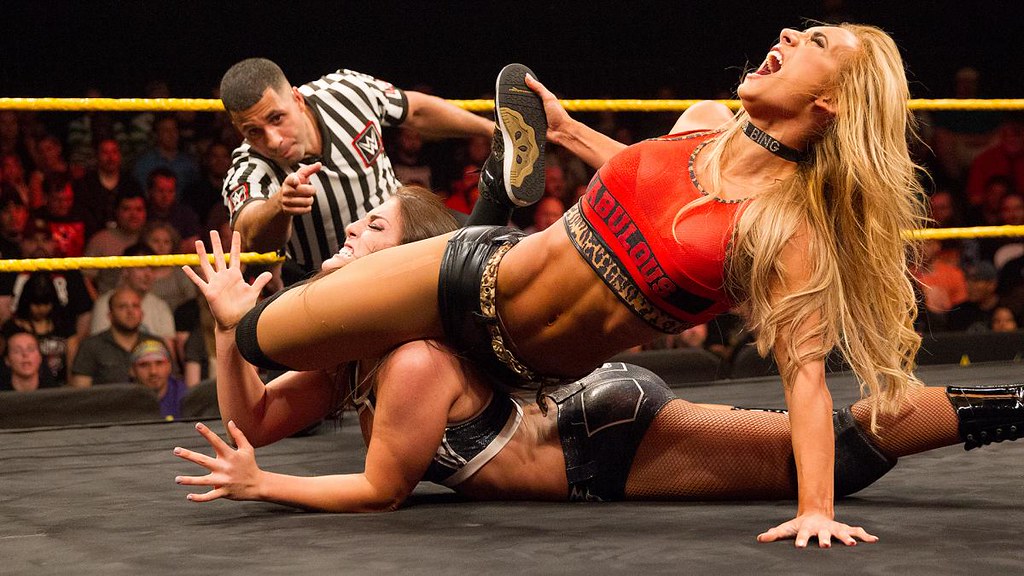 Last year, Carmella won the WWE Women’s Tag Team Championship alongside Queen Zelina after being drafted to Raw. If you’re not aware, apart from her wrestling career, she is an amazing dancer. Carmella auditioned for the Los Angeles Lakers dance team and appeared as a “Laker Girl” during the 2010-2011 season.

However, Carmella’s wrestling career has come to a brief halt due to the recent injury. The wrestler spent most of August on the shelf after suffering a nasty head injury while working on a tag match at a live event in Charleston. The accident happened when she rolled off the ring in a move that was thought by many to “garner heel heat”.  took place. It was also noted that “her eyes were being covered to protect her from the bright lights, indicating a head injury”.