Will Smith Undergoes Therapy After Slapping Chris Rock at the Oscars

Oscar-winning actor Will Smith has kept a relatively low profile ever since the Oscar scandal. Will was spotted last month at a private airport in Mumbai, India and sources reveal that he is focusing on yoga and meditation.

Will Smith is Healing The “King Richard” star Will Smith is seemingly trying to move past the embarrassment he bestowed upon himself after the Oscar scandal. The 53-year-old actor is focussing on healing with a therapist after the slapping incident that occurred at the 2022 Oscars.

The infamous incident has since then been the centre of every television show and meme. People have started using it as an anecdote now. Reliable sources reveal that Smith is healing from the said incidence.

Fans suggest that Will Smith may have landed in Mumbai to meet Sadhguru, who is an Indian yoga guru and proponent of spirituality. Well, considering the number of controversies he faces, I’d not want to go to him even during my darkest days, phew, just saying. Will Smith was photographed at the Kalina Airport, Mumbai, India on April 23, 2022. A close source revealed that he is focussing on meditation, yoga and spirituality. Will previously referred to him as a “painting in growth” while issuing a public apology to Chris Rock. 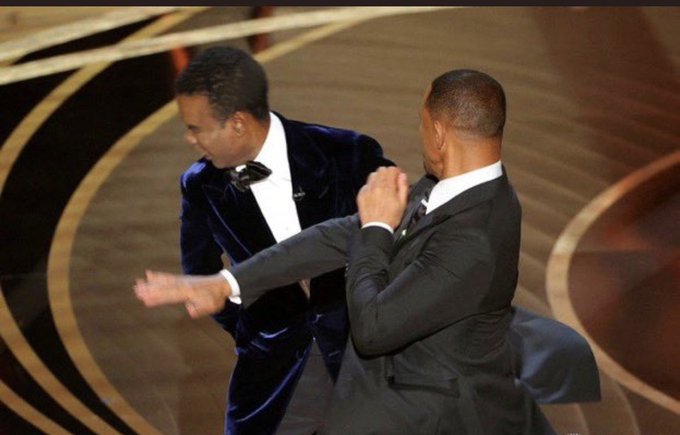 This incident is so famous that it is going to echo in many Oscar nights to come. The altercation between Chris Rock and Will Smith started when the comedian cracked a joke about Will’s wife Jada Pinkett Smith’s bald head.

Smith then ran on stage and slapped Rock. He yelled, “Keep my wife’s name out of your f**king mouth!”. After a few moments, Will Smith won the Oscar for best actor category for his role in “King Richard” movie. While receiving the award, Smith has tears in his eyes. In his speech, he apologized to the Academy and his fellow nominees for his reaction however he did not address Rock.

Later, Smith issued a formal apology to Chris Rock stating  “Violence in all of its forms is poisonous and destructive. My behaviour at last night’s Academy Awards was unacceptable and inexcusable. Jokes at my expense are a part of the job, but a joke about Jada’s medical condition was too much for me to bear and I reacted emotionally.”

Will Smith is banned from the Academy for the next 10 years for his inexcusable behaviour. Since the incidents, comedians have used the Oscar scandal as a subject for their stand-ups. Not just this, Chris Rock’s brother Kenny Rock challenged Will for a boxing match last month. When asked if Chris and Will should face each other in the ring, Kenny subtly replied, “No, they shouldn’t. But I should get in the ring with Will Smith.” Yes, you heard it right. It seems like Will Smith has undergone major embarrassment, the reason why he has kept himself in dim lights after the said incident. On the other hand, Jada Pinkett Smith hasn’t been affected at all. Moreover, a previous “Red Table Talk” clip reveals that Jada herself stated that she never wanted to marry Will Smith. The couple was heard saying “bad marriage for life”. Several sources state that Will and Jada may be at the end of their 25-year-old marriage. So, is the whole divorce scene too a reason for Will’s therapy? What do you suggest?