Who was Cooper Noriega as He Dies at 19? Last TikTok Hints That He May Have Committed Suicide

Cooper Noriega, who was a famous social media personality, passed away at the young age of 19. The beloved TikTok star was found unconscious outside of Los Angeles Thursday, June 9. Read on to learn more about him and the cause of his death. 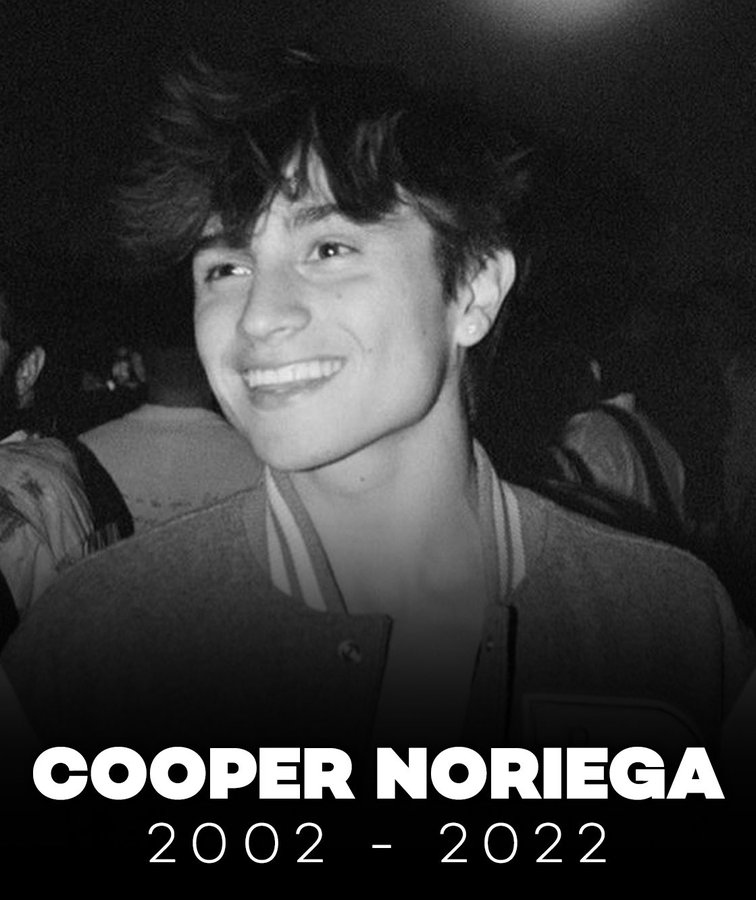 Cooper Noriega, 19 who was known for making TikTok content passed away at the age of 19. Reliable sources confirmed that a passerby alerted authorities after noticing Cooper in a mall parking lot. Paramedics arrived on the scene and were unable to revive him.

Sources also revealed that Cooper was not in a vehicle and that “no signs of trauma” were found on his body. Therefore, police officials are ruling out the possibility of foul play. An autopsy will also be performed to confirm Cooper’s cause of death.

Cooper’s last TikTok was a duet with Bryce Hall. Bryce commented, “I love you so much” on the post. Cooper recently announced a new Discord channel that he created to help with mental health. The post featured a screenshot from Cooper’s Discord where he expressed his struggles with mental health and substance abuse. Cooper Noriega became famous as an influence after blowing up on TikTok. He was also a model. He had around 1.7 million followers on TikTok (At the time of writing). He was in a romantic relationship with Sabrina Quesada from October 2020 until she announced their split via Instagram Stories in April:

“Hi guys, me and Cooper are no longer together and would appreciate some privacy during this time. Neither of us did anything so please don’t make any assumptions. It was a mutual decision. We’re just young and sometimes things just don’t work out the way you want them to. I will love him forever and he will always be my best friend.”

Tributes Pour In For Cooper

Cooper’s death has come as a shock to many social media personalities and his millions of fans. His close friends left condolence messages on many of his recent Instagram posts. Actress Teala Dunn commented, “Rest In Peace. You were always so genuine ❤️ I can’t believe this.” Max Dressler wrote, “god coop, I can’t believe this. forever love you and will miss you, brother.”

Photographer Bryant Eslava paid respect to his friend by sharing a screenshot of his last phone call with Cooper. He narrated, “I was just on FaceTime with him on Monday for 46 minutes. I was listening to everything he wanted to do with “Coopers Advice. I was going to help him out with it.

He added, “There’s so much he wanted to do with it all – his vision and why he started this discord channel. I’m speechless, and I’m going to do everything I can to make sure this goes on and turns into what he envisioned it to be.”

Cooper Noriega, 19 struggled with mental health and substance abuse from the age of 9. While announcing his new Discord channel, he revealed all about it. Cooper stated, “I would like to use the influence I’ve been given to create a space built on spreading awareness and normalizing talking about mental illness.”

Opening up about his inspiration behind creating the Discord, Cooper added, “One of the many things I’ve learnt while struggling with addiction was that surrounding yourself with negative people will only bring you down. For that reason, this Discord is meant to bring us all together and create a safe space where people can vent and help others through their tough times.” 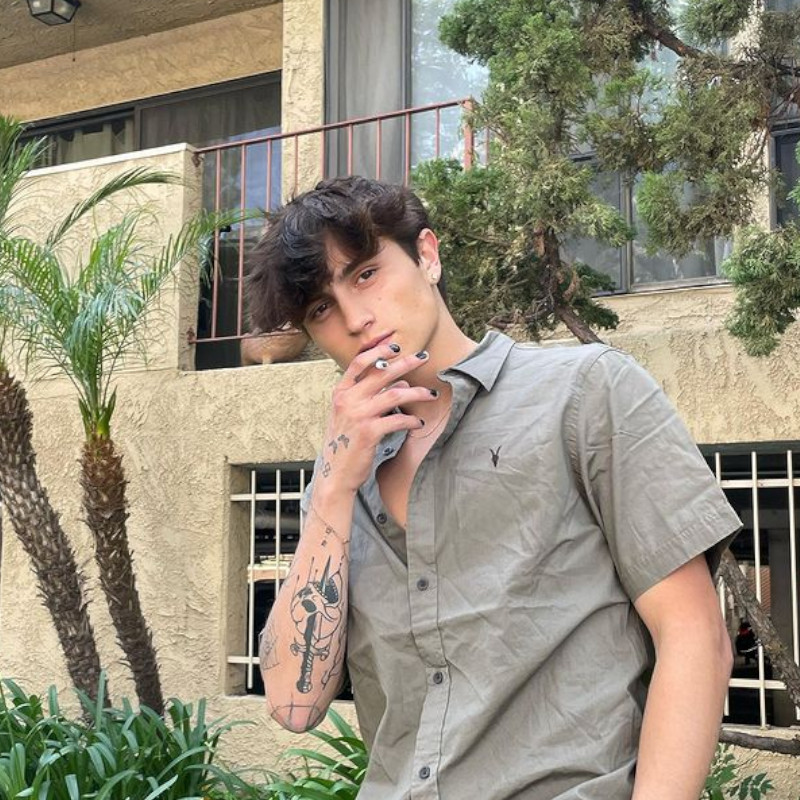 Mental health is a serious issue. The Centers for Disease Control and Prevention (CDC) state that in 2020, an estimated 12 million American adults considered committing suicide, 3 million planned it and 1 million attempted it.

Recently, Naomi Judd, a Grammy-winning Country Music legend, committed suicide at the age of 76. Ironically, she was a longtime advocate of mental health. Sadly, she lost her battle. Naomi revealed in an interview that she had been facing “extreme” and “severe depression” that forced her into seclusion.

Well, it is not written on a person’s face. Several professionals revealed that a person suffering from mental health issues must take it on priority and consult a psychiatrist or a related professional. While this is just one example, several people take their own life as they continue to struggle with mental health.

It’s time that we take ours seriously. Cooper’s cause of death is not yet revealed but circumstances point out that the young star may have taken his own life. Well, we don’t know yet but that’s what his last TikTok hints.

Shockingly, hours before his death, Copper posted a suicidal TikTok while lying in bed with the caption, “who else b thinking they gon d!€ young af.” On the contrary, Cooper appeared happy when he attended the June 1 episode of the Barstool BFFs podcast with Dave Portnoy, Josh Richards and Bri Chickenfry. 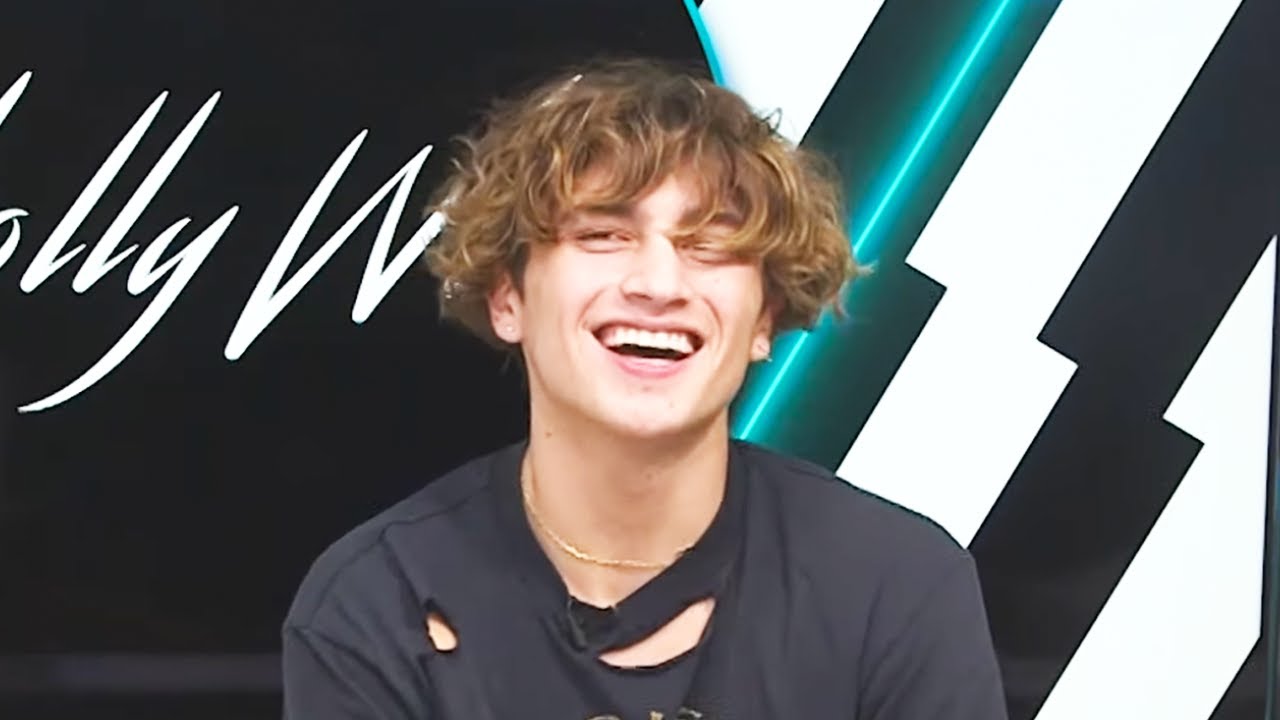 As far as the circumstances are concerned, Cooper’s death appears to be a suicide. Well, that’s just a deduction from the information we have in hand. The autopsy is yet to be done and the cause of death would be revealed then. The story is developing. Keep reading for further updates.