Who is Sumner Stroh? Model Claims Adam Levine had an Affair with her While Being Married

A social media influencer and model has made some shocking revelations against Maroon 5 frontman Adam Levine. Sumner Stroh, 23, has claimed that she was in a relationship with the singer for a year, even though he has been married to Victoria’s Secret model Behanti Prinsloo since 2014.

Stroh has made the claims on TikTok, where she also leaked the DMs Levine sent her and alleged that he ‘manipulated’ her to have an affair with him. Continue reading to know the complete details of the development. 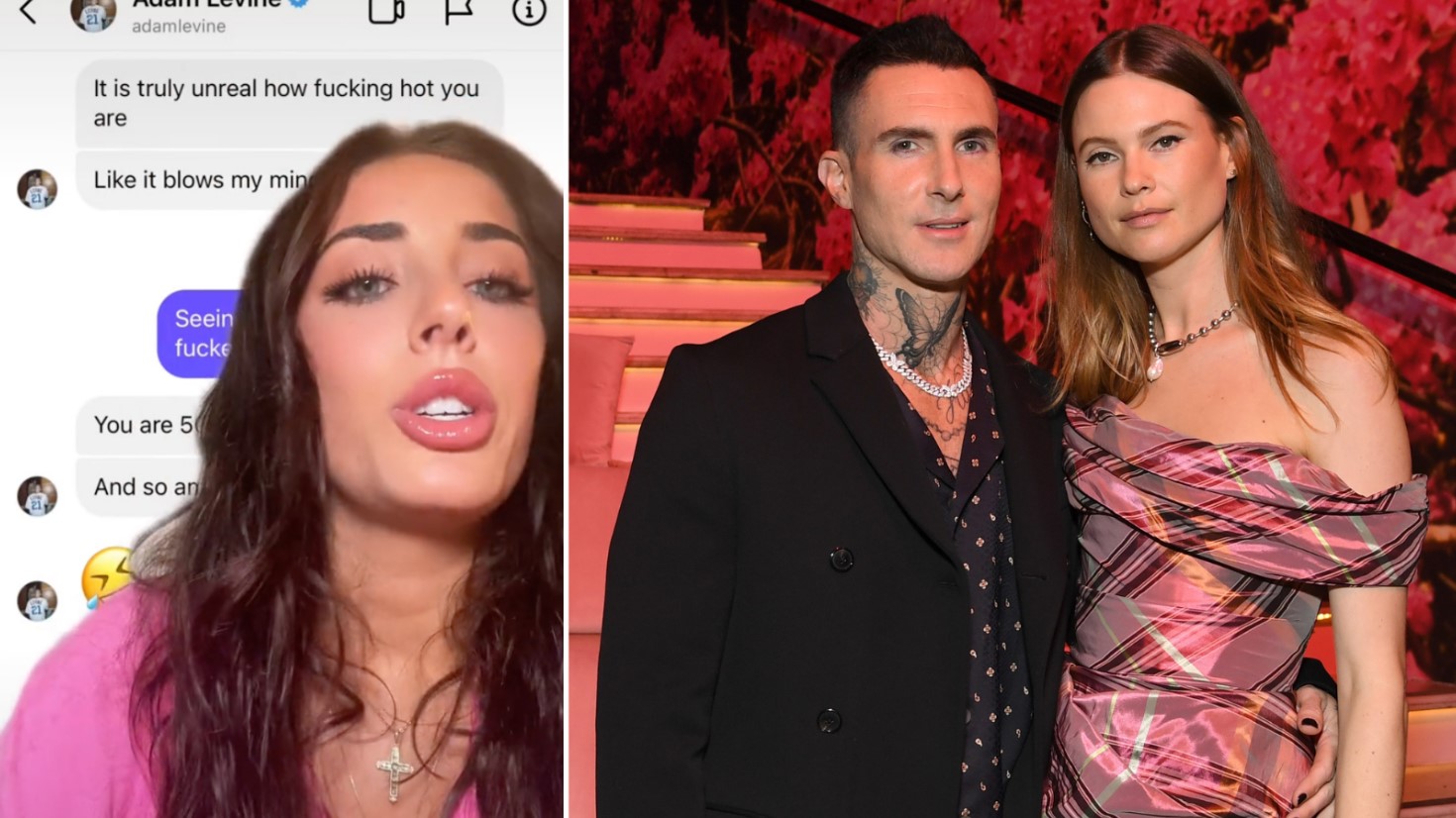 Sumner Stroh Claims she was in a Relationship with Adam Levine

Stroh posted a video on TikTok in which she says, “I was having an affair with a man who’s married to a Victoria’s Secret model.” She goes on to add that she was young and naive at the time, adding, “I feel exploited. I wasn’t in the scene like I am now. So I was definitely very easily manipulated.”

She also shared screenshots of DMs that appear to have been sent by Levine’s verified account. “It is truly unreal how f**king hot you are. Like it blows my mind,” reads a message by Adam. “You are 50 times hotter in person,” reads another.

Stroh further said in the video, “Maroon 5 is practically elevator music at this point. So, I’m sure you know who Adam Levine is. Adam and I were seeing each other for about a year, after I stopped talking to him over a period of months, this is how he came back into my life.”

Stroh Alleges Levine Wanted to Name his Child After her

In another sensational revelation, Sumner said that back in June, Levine asked her if she was Ok with him naming his forthcoming baby after her. She alleges that the DM came after months of her not being in touch with the 43 year old singer. 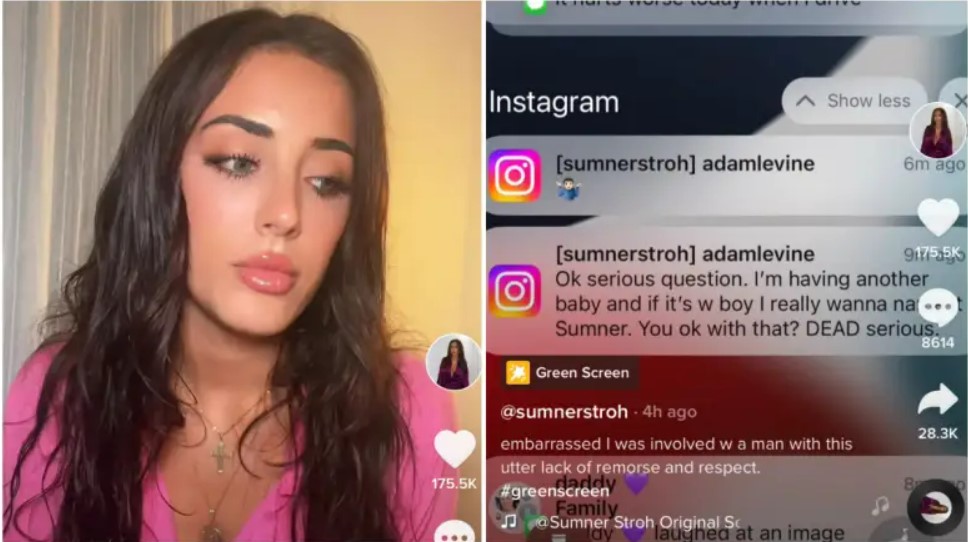 “Ok serious question. I’m having another baby and if it’s w [sic] boy I really wanna name it Sumner. You ok with that? DEAD serious,” reads the message. Stroh further added that she has come forward with the screenshots as she had earlier shared the images with her friends, and one of them had attempted to sell them to a tabloid.

“[I am] aware many people will try to fill in the gaps with many false assumptions. I don’t feel like I’m doing any favors, considering the manner this had to go about. It’s a lot to digest but hopefully, at the very least, the truth being out can do some good,” she wrote on her Instagram story after the video went viral. 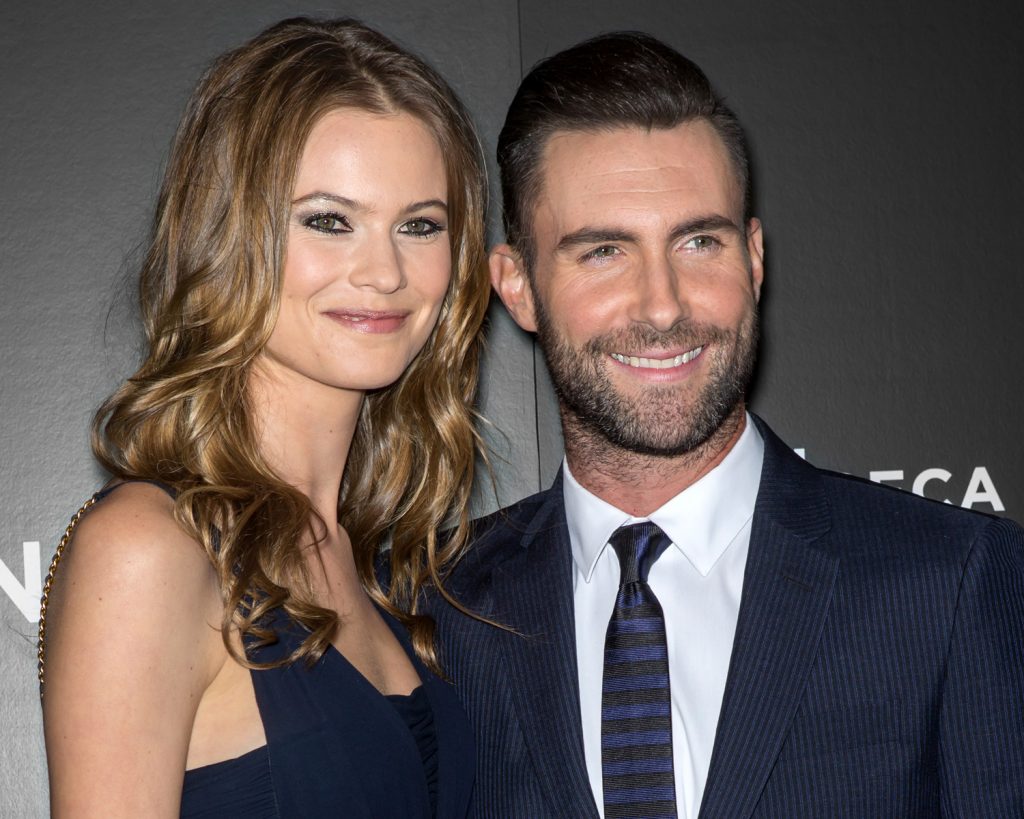 The development comes just three days after Behanti confirmed her third pregnancy with a photo on Instagram in which she is seen flaunting her baby bump. Adam and Behnati began dating in 2012 and got married in 2014. They have two daughters, Dusty Rose, 6, and Gio Grace, 4.

The couple has not yet commented on the accusations made by Stroh. Meanwhile, her video has already garnered more than 1.6 million views on TikTok. Many users have come in support of the model, while others are criticizing her for dating a married man.

What are your thoughts about the revelations made by Sumner Stroh? Tell us in the comments section.