Who is Stormy Daniels as Trump Allegedly Used Campaign Funds to Hush Her?

Who is Stormy Daniels? 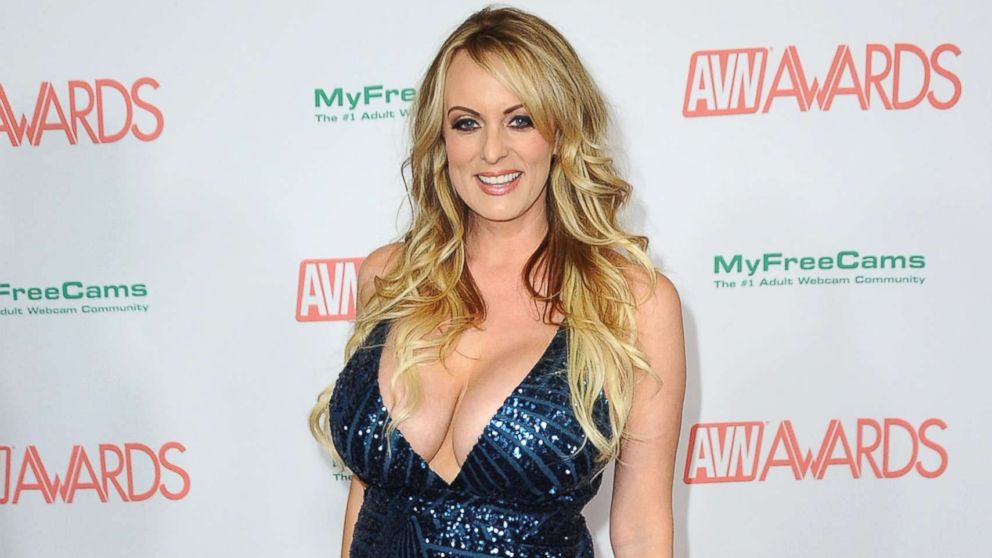 Stephanie Gregory Clifford, professionally known as Stormy Daniels, is an American pornographic film actress and director, and former stripper. She has won numerous industry awards and is a member of the NightMoves, AVN and XRCO Halls of Fame.

Daniels’ parents, Sheila and Bill Gregory divorced about three or four years after she was born. She was then raised by her mother. She graduated from Scotlandville Magnet High School in Baton Rouge in 1997 and considered becoming a journalist. Daniels’s first experience as a stripper occurred when she was 17 and visiting a friend at a strip club; she was convinced to perform a “guest set”. She began stripping for money at the Gold Club in Baton Rouge and became a featured entertainer with Continental Theatrical Agency.

She chose her stage name Stormy Daniels to reflect her love of the American rock band Mötley Crüe, whose bassist, Nikki Sixx, named his daughter Storm. In 2004, Daniels won the Best New Starlet Award from Adult Video News, which was a surprise to Daniels, who had made a $500 bet with another actress that Jesse Jane would win. She has directed for Wicked since 2004. Stormy’s mainstream appearances include an appearance on an episode of “Real Sex” wherein she participated in the 2001 Miss Nude Great Plains Contest. She also appeared in Pornucopia in 2004. In early 2007, she appeared in Dirt on the FX Network, where she played a stripper who helps to set up a basketball player played by Rick Fox.

Later in 2007, Daniels appeared in Maroon 5’s music video for their song “Wake Up Call” as a pole dancer. She appeared in the film The 40-Year-Old Virgin (2005), when the main character (Steve Carell) watches her in the video Space Nuts: Episode 69—Unholy Union and then tries dreaming about her.

Stormy also appeared in the film Knocked Up (2007) as a lap dancer and on Saturday Night Live as herself on May 5, 2018. She later appeared as a model in artist Nika Nesgoda’s 2002 photographic series Virgin, portraying the Virgin Mary.

In 2009, a recruitment effort led her to consider challenging incumbent David Vitter for the 2010 Senate election in her native Louisiana. Stormy came into the light once again in 2018 when  Daniels became involved in a legal dispute with former U.S. President Donald Trump and his attorney Michael Cohen.

Well, the story is interesting for one major reason. It involves Donald Trump. Sarcastically speaking, we all know Donald keeps women in high regard. So what happened between Stormy and Trump. That’s a tale to tell. On January 12, 2018, The Wall Street Journal reported that in October 2016, just before the 2016 United States presidential election, Michael Cohen, a lawyer for then-presidential candidate Donald Trump, arranged a payment of $130,000 to adult film actress Stormy Daniels to stop her disclosing an affair she alleged they had in 2006. Interestingly, Daniels had signed a non-disclosure agreement (NDA). At first, Cohen denied Trump had the alleged affair and sought to suppress the allegation based on the NDA, but a month later publicly acknowledged making the payment.

Did the payment Involve Campaign Funds? Besides the allegations of the affair itself, the acknowledged payment raised legal and ethical questions as to whether the payment violated federal campaign finance laws, either because the payment was not duly disclosed as a campaign contribution or because campaign funds may have been used towards the payment.

On February 13, Cohen said he paid the money out of his own pocket, not as a campaign contribution; and that neither The Trump Organization nor the Trump campaign reimbursed him for making it. Several reports suggested that campaign funds were illegally used to hush Stormy.

On April 5, Trump said he did not know about Cohen’s payment; but on April 26 admitted for the first time that Cohen represented him in “the Stormy Daniels deal”. On May 2, Trump’s new lawyer Rudy Giuliani said that Trump had reimbursed Cohen for the payment.

In August 2018, Cohen pleaded guilty to eight criminal charges, including a campaign finance violation for Daniels’ payment. He stated under oath that he paid her “in coordination with and at the direction of a candidate for federal office”. Cohen was sentenced to three years in federal prison on various charges and was disbarred. 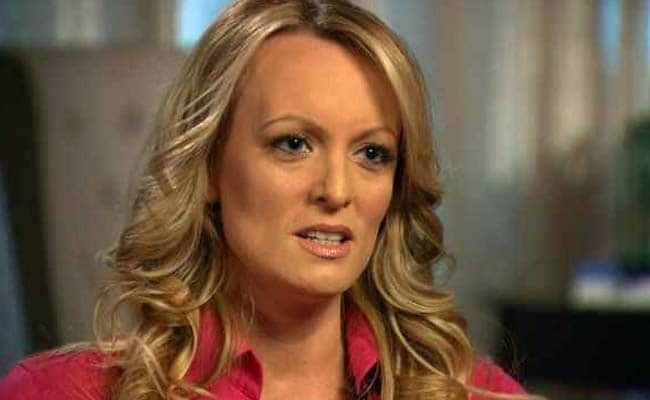 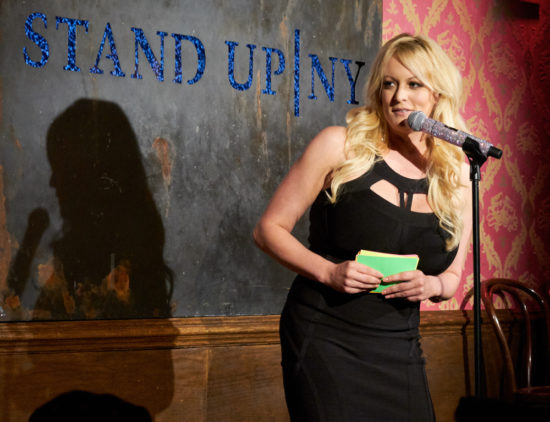 In 2019, Stormy Daniels appeared in a comedy club in NYC. She indirectly spoke about Donal Trump’s impeachment and labelled him as a criminal.  Daniels also said, “It’s basically a green light to do whatever the fuck you want if you get elected.” In answer to the question of whether Trump should be impeached, Daniels said:

“Well, I think it’s unfair that the president of the United States isn’t held to the same rules that any other citizen would be held to. Allowing someone to get away with things that are illegal sets a terrifying precedent for anyone who comes into office after him.” She didn’t specify what crimes she thought he had committed, but federal prosecutors in New York back then were investigating Trump on several fronts, including the hush money.

Several hundred former federal prosecutors think he only escaped an obstruction of justice indictment following Robert Mueller’s report on the Trump-Russia investigation because he is protected by his office.  The audience packing the small Stand Up NY comedy club in Manhattan clapped and cheered for Daniels. 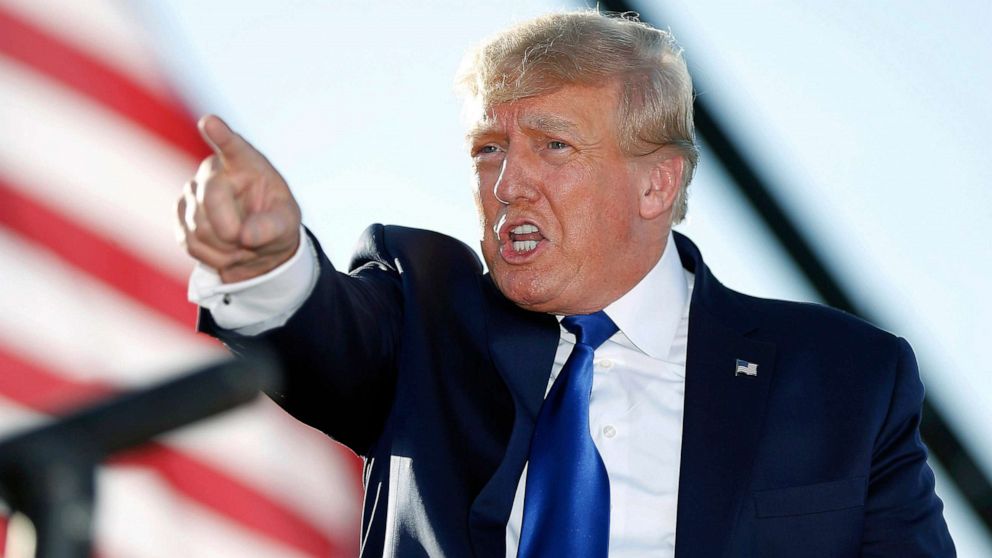 If I have to mention some of the worst things Donald Trump has done in his political career, the list will be too long to mention. Besides, creepy behaviour in young women’s changing rooms; sketchy business deals; sham charities to multiple affairs and sexual assaults, Donald is also known for some of the worst political decisions ever. Have a look at some of them. The case may have ended but it raised several questions about Donald Trump’s credibility. On February 22, 2021, the Supreme Court declined to take up the defamation case, making Daniels’ loss final. Not just this, the next month, The Federal Election Commission (FEC) also dropped an inquiry into whether the payment to Stormy Daniels by Donald Trump violated campaign financial law during the 2016 election.

Finally, in March 2022, the 9th Circuit (United States District Court for the Central District of California) responded to an appeal on the final ruling in the Stephanie Clifford (aka Stormy Daniels) lawsuit case against Donald J. Trump, wherein she owes nearly $300,000 in attorney fees, costs, and sanctions (not including appeal costs) to the injured party. Allegations of an affair remain unproven, and the final court ruling on the matter was affirmed by the USCA asserting that Stephanie Clifford has suffered a loss in court, owing damages, leaving no merit for further appeal on the matter. Trump called the ruling a total victory and reiterated his initial claim that he never had sex with Daniels, but we all know that the man just flipped like always!