Who is Scarlet May? YouTuber PewDiePie Bashed for Mocking Deaf TikToker

At the moment, YouTube star PewDiePie is facing a lot of backlash on social media after he allegedly mocked a deaf TikToker named Scarlet May in his recent video. And from there on, the social media users have been continuously bashing him on the social media platform Twitter.

Netizens have also called him an atheist. Keep scrolling down to learn more about the entire incident that took place between PewDiePie and the TikToker Scarlet May. Did PewDiePie make fun of deaf TikToker Scarlet May?

The Swedish YouTuber is one of the biggest content creators on the video-sharing platform YouTube. At this point in time, he has nearly 111 million subscribers on YouTube. He has been creating videos for a long time and has a big fan following on YouTube.

In his recent YouTube video titled My Dog Cringes at TikToks, the 32-year-old Youtuber reacts to a few videos which he thinks are a bit “cringe” with his dog Maya. The video was dropped on YouTube on July 26, 2022.

Throughout the Youtube video, PewDiePie and his dog Maya react to many clips of TikTokers. At one point, the YouTube celebrity reacts to TikTok creator Scarlet May’s video. In the clip, Scarlet can be seen recalling a humorous encounter at a fast food drive-thru.

The 21-year-old social media influencer recites the tale of her whole experience in the TikTok video with the help of sign language with her long silver acrylic nails. While taking a look at the video, PewDiePie cut it short and said, “I’m not listening to this. Look, she has your crazy nails, Maya!” Soon afterward, Felix Arvid Ulf Kjellberg, popularly known as PewDiePie catches hold of his dog’s both paws and starts waving them around in an apparent mockery of the TikToker’s American sign language. He went on to say, “Sorry, are my nails distracting you guys?”

After receiving immense backlash on social media, PewDiePie decided to remove the clip of him reacting to Scarlet May from the video. He tried his very best to hide his wrongdoing but by that point, many of his viewers had already screen recorded the clip and shared it on various social media platforms.

All you need to know about Scarlet May

For those of you who don’t know let us tell you, Scarlet May is a content creator. She was born on January 6, 2001, in Rockford, Illinois. Her zodiac sign is Capricorn. She is a popular TikToker. At the moment, she has nearly 6.2 million followers on the video hosting service.

Scarlet’s fans and well-wishers like to see her storytime videos in which she often flaunts her elaborate manicures. She is most noted for sharing videos in both spoken and American sign language. Her Deaf Kardashians series helped her to build a solid fan base. 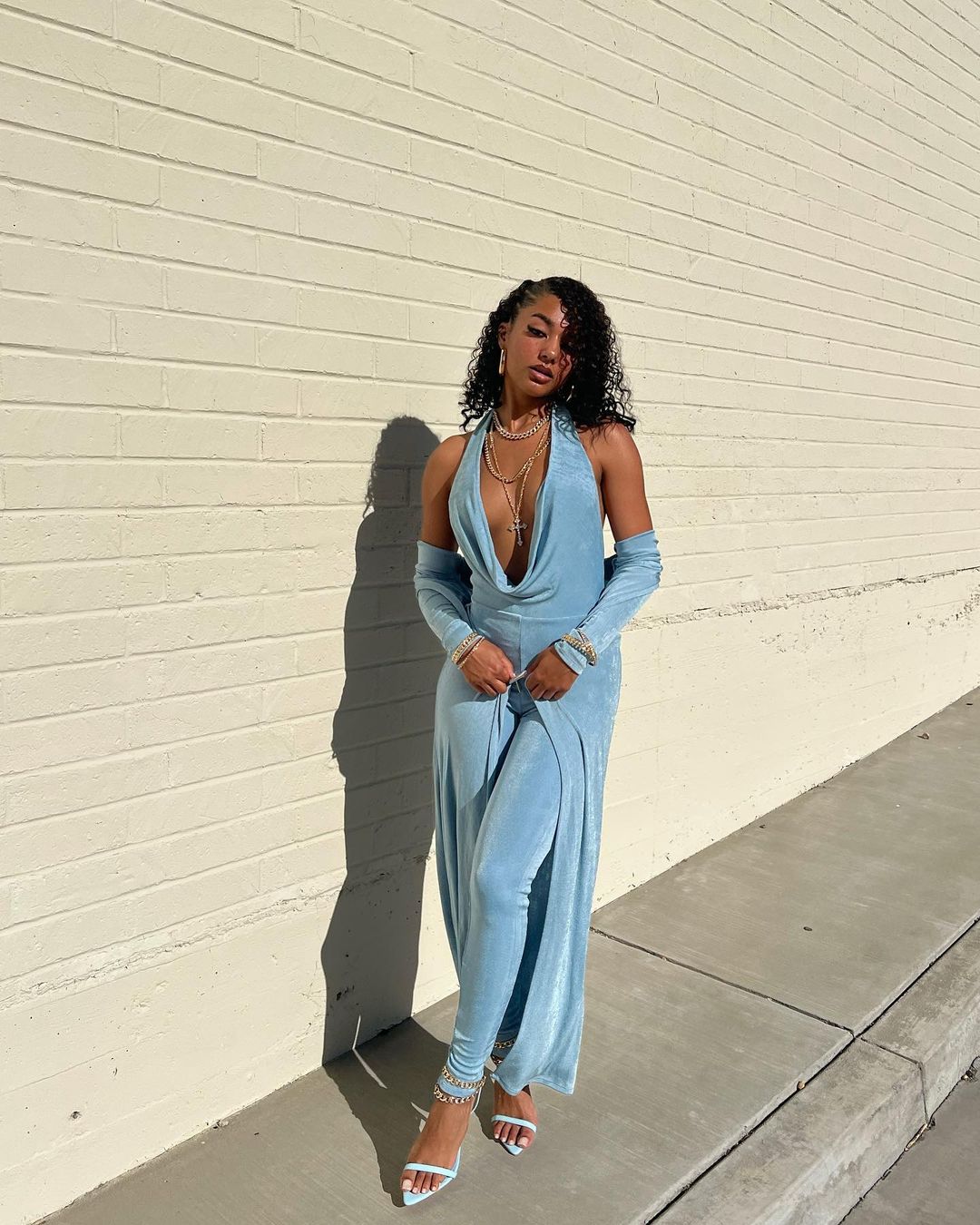 Within the blink of an eye, PewDiePie’s video went viral on the internet. The video garnered the attention of a large majority of internet users. The social media influencer put her thoughts on PewDiePie’s video on Wednesday.

“we all make mistakes hopefully he learns from this,” she captioned the video. In her TikTok video, May answered all the questions that people might have had regarding the whole situation.

Scarlet said, “How do I feel? I feel like it was very weird, very unnecessary but at the same time I’m not surprised, I’m used to it. It’s been a big issue in the deaf community that I’ve been trying to normalise and put out, is that using nails while signing is normal, it’s okay. But then a big creator comes on here and puts us a million steps back, so it’s very frustrating.” 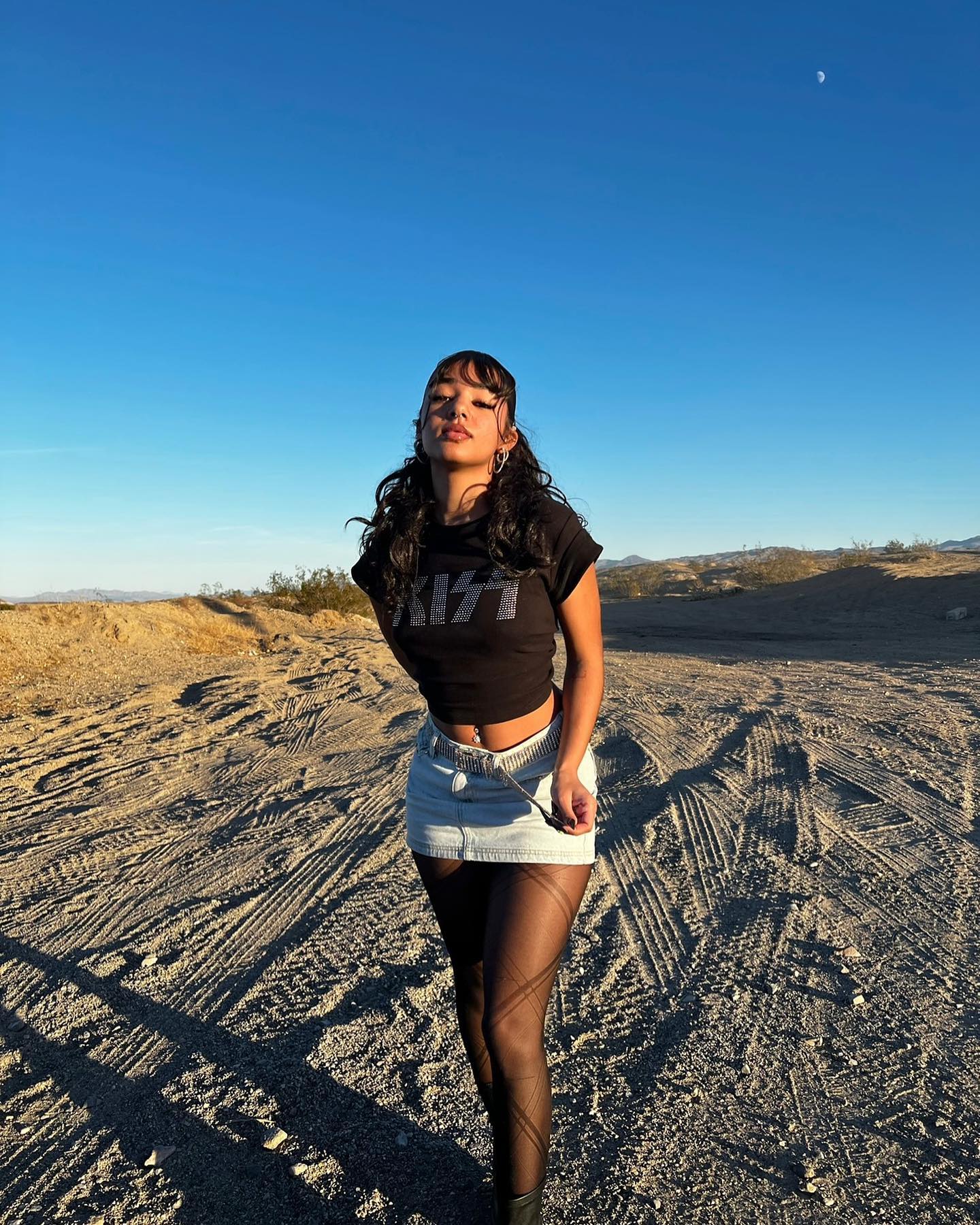 The TikToker stated that if a person had been narrating the story with long nails without using sign language, then that individual wouldn’t have been made fun of. She continued, “But because I have to sign to communicate and have long nails, he stopped the video after two seconds and didn’t even listen to the story, and then after that, proceeded to make fun of me with his dog.”

May also said that PewDiePie doesn’t get to “just mock deaf people who have been struggling for years.” As of now, PewDiePie has not made any official comment on the whole matter.

How did the Netizens react to the whole incident?

One user wrote, “Pewdiepie is under fire for making fun of a girls nails and literally nothing else? Twitter really be setting the bar low for cancelation these days lmao.” Another user tweeted, “wait pewdiepie makes fun of someones nails and you guys make it about dissabilty and race?”

Followed by a user who penned, “Lets see what did pewdiepie mock again. Being black? No Being a woman? No Being deaf? No Having loud nails? Yes I don’t even watch his shit but y’all will find anything to take out of context and get mad over it.” Another user added, “PewDIEpie is 32 years old, there is no way in hell he does not know wtf sign language is, I know y’all don’t think he’s that stupid.” A user went on to say, “if y’all think pewdiepie was mocking that girl for speaking ASL y’all wrong lmao he was making fun of her nails indicating his dog has long nails too mfs try to start drama with anything little crumb they can leech onto desperate asf fr.”

Another user further added, “Pewdiepie isnt ableist, he just wanted to mock a Black woman for millions of viewers for having long fingernails and speaking in her natural dialect! Its ONLY racism.” One user penned, “It’s impossible to blame PewDiePie for leaving twitter when the site is as deranged as it is. Can’t believe people are mad over a nails joke lmao.”

These were a few reactions of the fans to PewDiePie. Do you think the YouTube star’s move was not right? Kindly let us know your thoughts on the whole incident in the comments section below. Don’t forget to stay tuned with us for the latest updates from the world of showbiz.