MyPillow CEO Mike Lindell, an ardent Trump supporter, was banned from Twitter in 2021 for promoting election misinformation during the 2020 Presidential Elections. However, the 60-year-old American businessman re-joined the social networking site after Elon Musk’s acquisition, but only to get banned again. So who is this controversial “My Pillow Guy”? Let’s get to know. 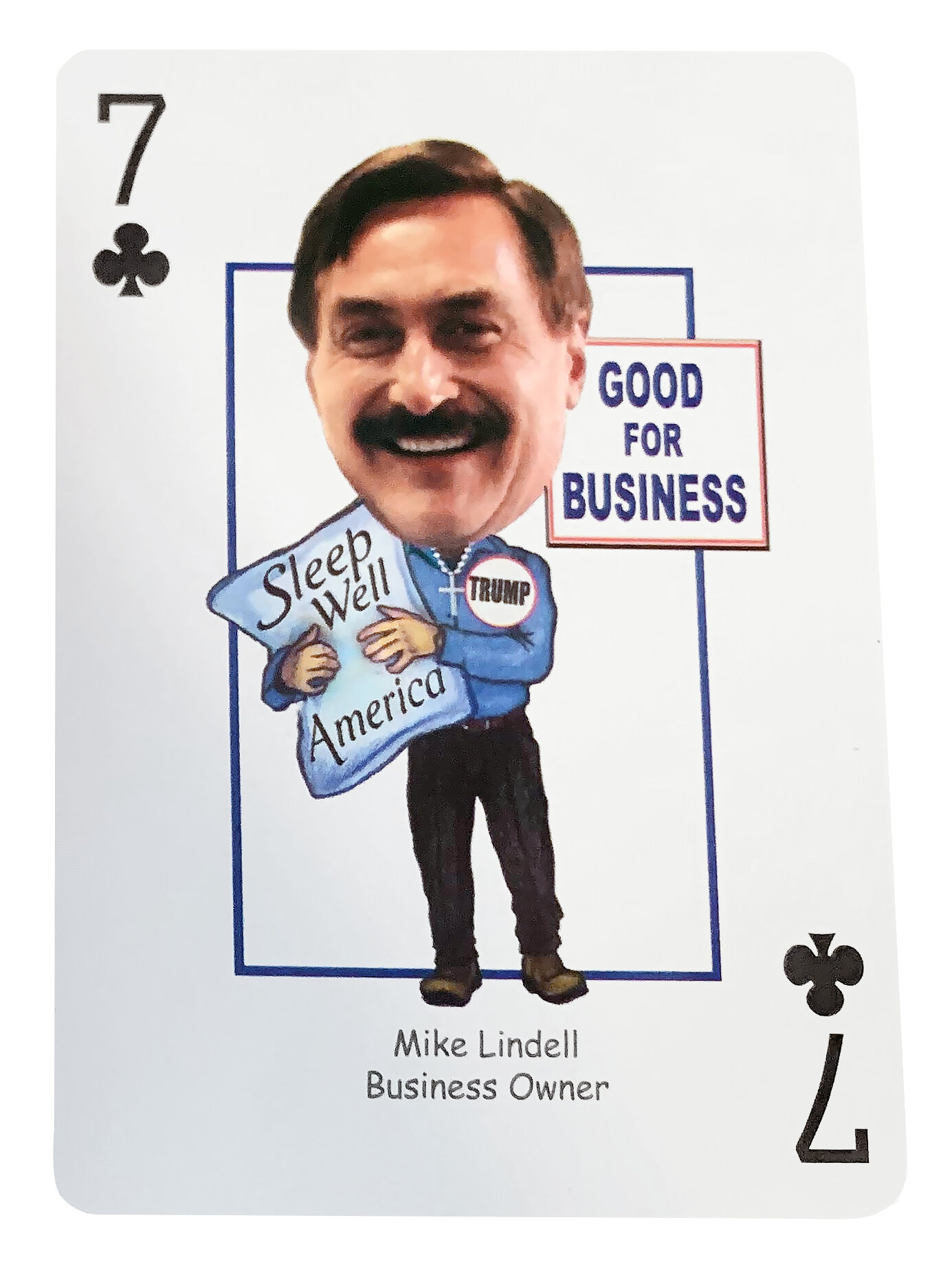 Who is My Pillow Guy?

My Pillow Guy’s real name is Michael James Lindell. He is an American businessman, conservative political activist and conspiracy theorist. Mike is the founder and CEO of My Pillow Inc., a controversial pillow, bedding and slipper manufacturing company.

Mike is also called My Pillow Guy for obvious reasons, his pillow selling business. Lindell invented the “My Pillow” pillow in 2004 and grew his business into a major Minnesota manufacturing company.

In 2017, the Better Business Bureau (BBB) revoked My Pillow’s accreditation followed by a pattern of complaints by consumers. This lowered the brand’s ratings to F.  In 2020, Lindell’s son Darren was named the CEO of this company as Lindell wanted to pursue his political ambitions.

During his early days, Mike Lindell made several donations to the Salvation Army, Union Gospel Mission and several other organizations. He is also the founder of Lindell Foundation, a non-profit organization that assists former addicts, cancer patients and veterans in getting treatment and other services.

Mike Lindell is a prominent supporter and advisor to former U.S President Donald Trump. Being a thorough Conservative political activist, he is known for playing a significant role in supporting and financing Trump’s attempt to overturn the election result.

In 2016, Lindell met Donald Trump for the first time and became an avid supporter calling him “the most amazing president this country has ever seen in history” after Trump won the 2016 election.

Lindell spoke at Liberty University in 2019 stating, “When I met with Donald Trump, it felt like a divine appointment, and when I walked out of that office I decided I was going to go all in.” In 2016, Lindell attended the final presidential debate in Las Behas and later spoke at a Trump rally campaign in Minneapolis. He even received an inauguration lapel pin from Trump at his Trump’s inauguration.

In 2017, Lindell sat next to Trump at an industry roundtable event at the White House. The two are known for completing each other. Trump praised Lindell for his “business acumen” at a rally in Fargo, North Dakota.

At the 2019 Conservative Political Action Conference, Lindell promoted Trump as the ” president chosen by God”. Not just this, he was present when Trump signed the bipartisan bill that addressed the growing opioid crisis, trying to prevent opioid abuse and death.

Lindell has also considered running for governor of Minnesota in 2022 against Democrat Tim Walz. He stated that it was Trump who urged him. Lindell attended a Republican Governors Association meeting, at which he was encouraged to run.

In May 2020, he became the campaign chair for Trump’s reelection campaign in Minnesota. In July 2020, Lindell said he was “99% sure” about running for Minnesota governor.

Lindell got wrapped in controversy in 2020 when he was identified as among those who paid for the bail of Kenosha shooter Kyle Rittenhouse. On the other hand, he stated that he donated the money to “The Fight Back Foundation Inc. to help fund election fraud litigation, among other things” and that the story was “Fake News”.

Lindell is known for his controversial theories. One such instance includes Lindell’s increasingly outlandish theory that foreign hackers broke into the computer systems of election offices like Clark County to switch votes.

However, CNN interviewed nine cybersecurity experts who said the “proof” Mile has released so far is just utter nonsense and there is zero evidence of any kind of successful hacking during the 2020 presidential elections. Mike Lindell is known for spreading false conspiracy theories and widespread electoral fraud in the said election. In 2021, Lindell was banned from Twitter for promoting unfounded claims that the 2020 presidential election results were fraudulent.

The social media company stated in 2021 that his tweets violated its civic integrity policy that was implemented in  September 2020 to fight disinformation online. After a year, Lindell was back on Twitter following the news that Tesla CEO Elon Musk has taken over control. 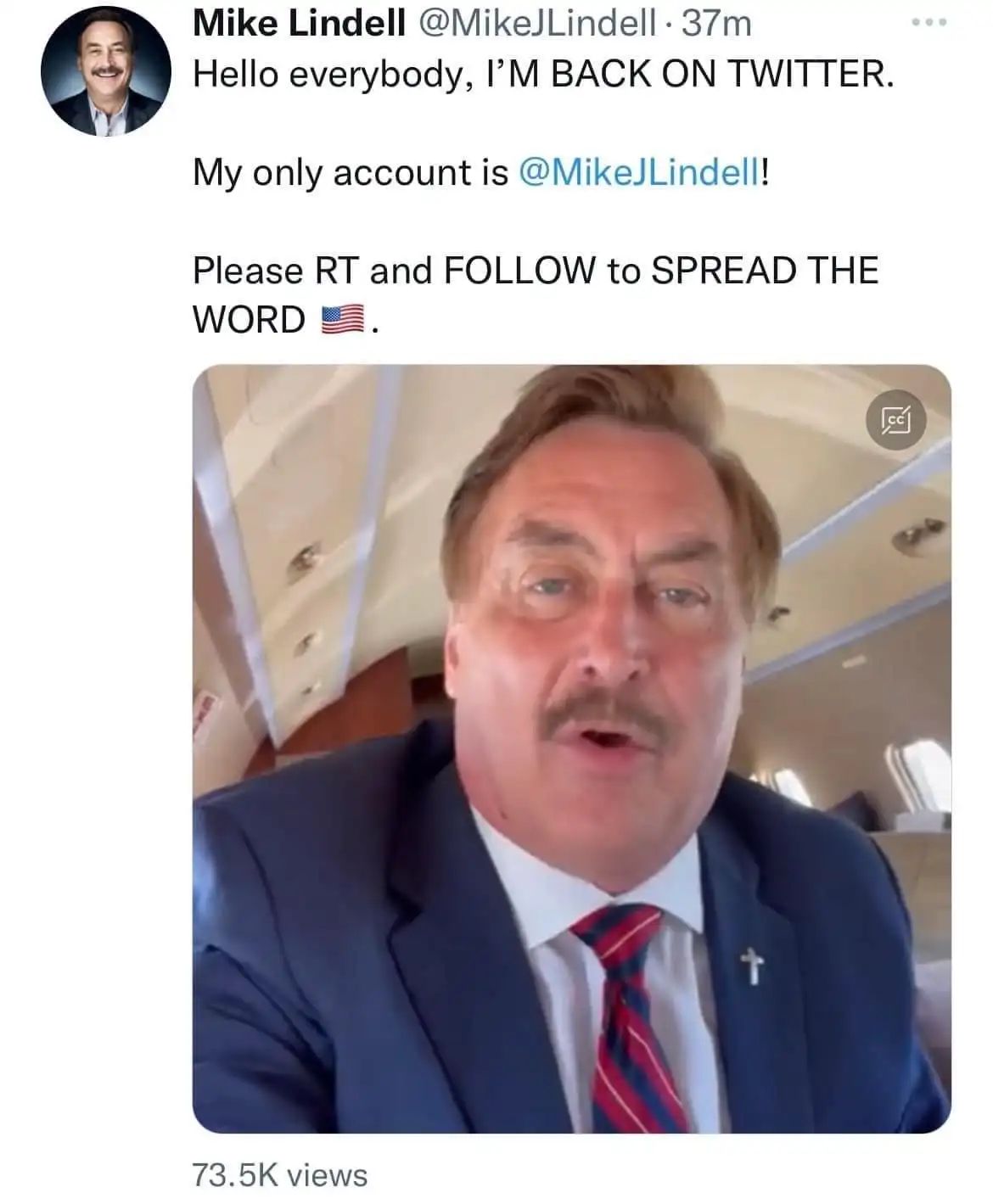 The tweet included a video of Mike on a private jet saying, “Hello everyone on Twitter, this is Mike Lindell. I’m here to tell you about my new account.” Lindell also cautioned his fans about fake accounts impersonating him.

He also said, “So we started this account. Please share it with everyone you know. Let everybody you know – so we can get the word out over here at Twitter in case they do take it down. And thanks a lot for helping out.”

Lindell was followed by over 20,000 users within five minutes after making his Twitter account. The number racked up to around 37,000 users before his Twitter was finally banned by evening. 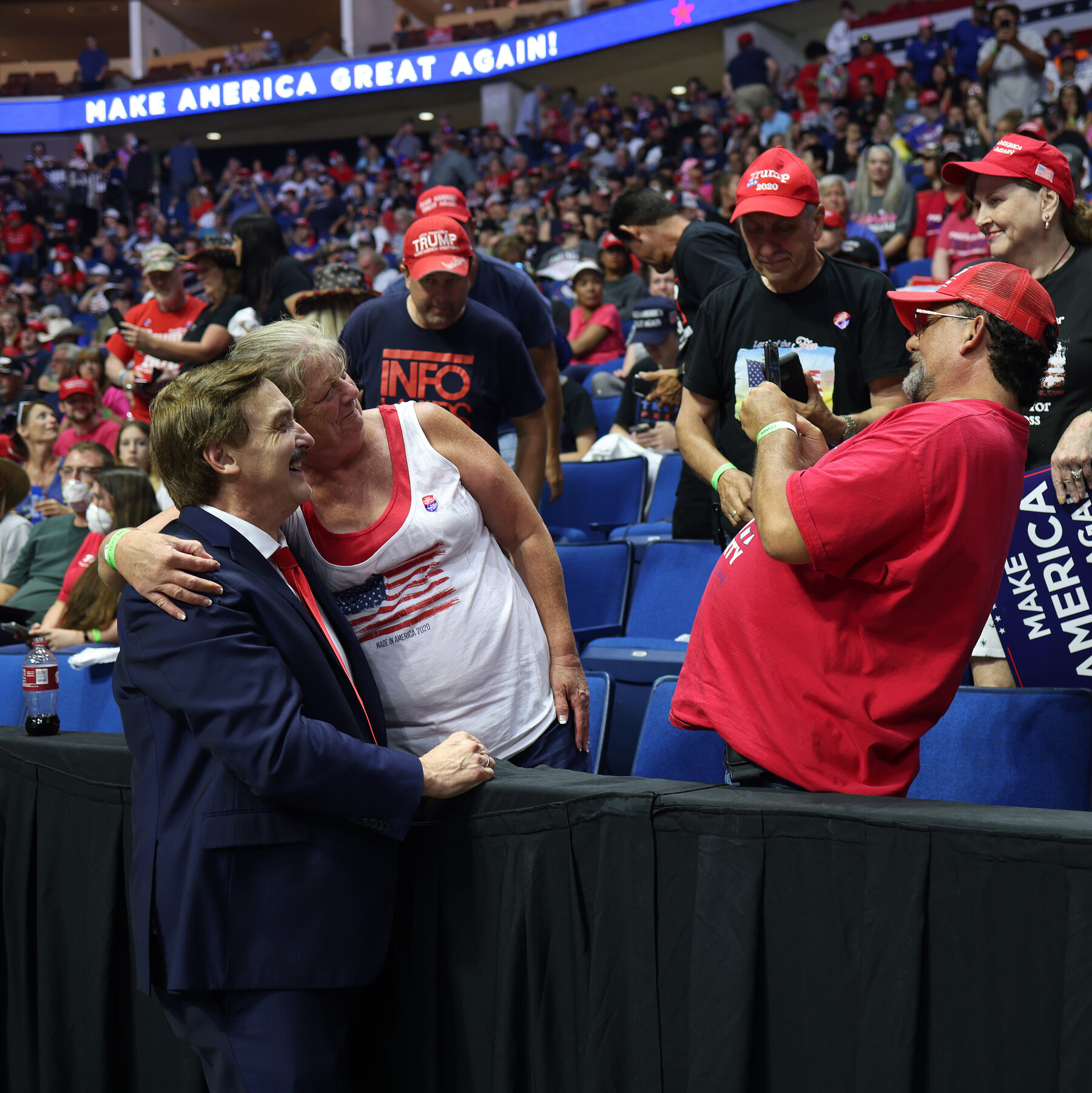 Twitter’s spokesperson stated that the account was permanently suspended for violating the platform’s rules on ban evasion. Billionaire Elon Musk who is now the new owner of this most effective social media platform calls himself a “Free Speech Absolutist” and said that he aims to make Twitter a more open “digital town square”.

The latest research by MIT and Yale suggests that Republican users’ accounts tend to get more suspended that the Democrats. However, Conservatives are more likely to share misinformation that leads to their ban. What do you think about Twitter’s step against Mike? Does that fall under the purview of free speech? Or is it just about misinformation?