Grace Africa, a Nigerian TikTok influencer has recently shared her shocking experience of her meet-and-greet event. Sharing a video on social media about her experience, she revealed how no one turned out to be there at her event. 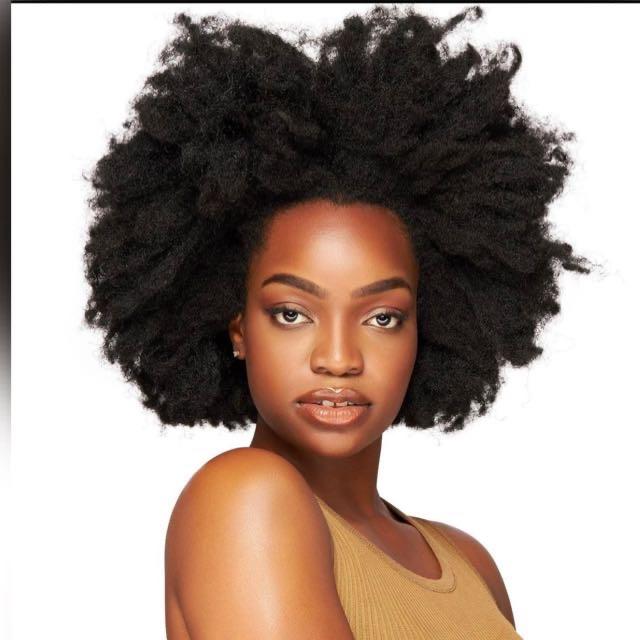 The TikToker who boasts of having a verified account on the video-sharing platform enjoys more than 1.3 million TikTok followers. In spite of having such a huge following online, she was indeed surprised when no one attended her meet-and-greet event.

However, a number of fans and followers supported the influencer by sharing their messages on social media.

None turned up at Grace Africa’s Meet-and-Greet Event

Recently, Grace Africa was part of VidCon’s meet and greet event, which could have been an oppurtunity for her fans to meet their idol. However, the so-called fans let her down by not making up at the event, which really disappointed Grace. 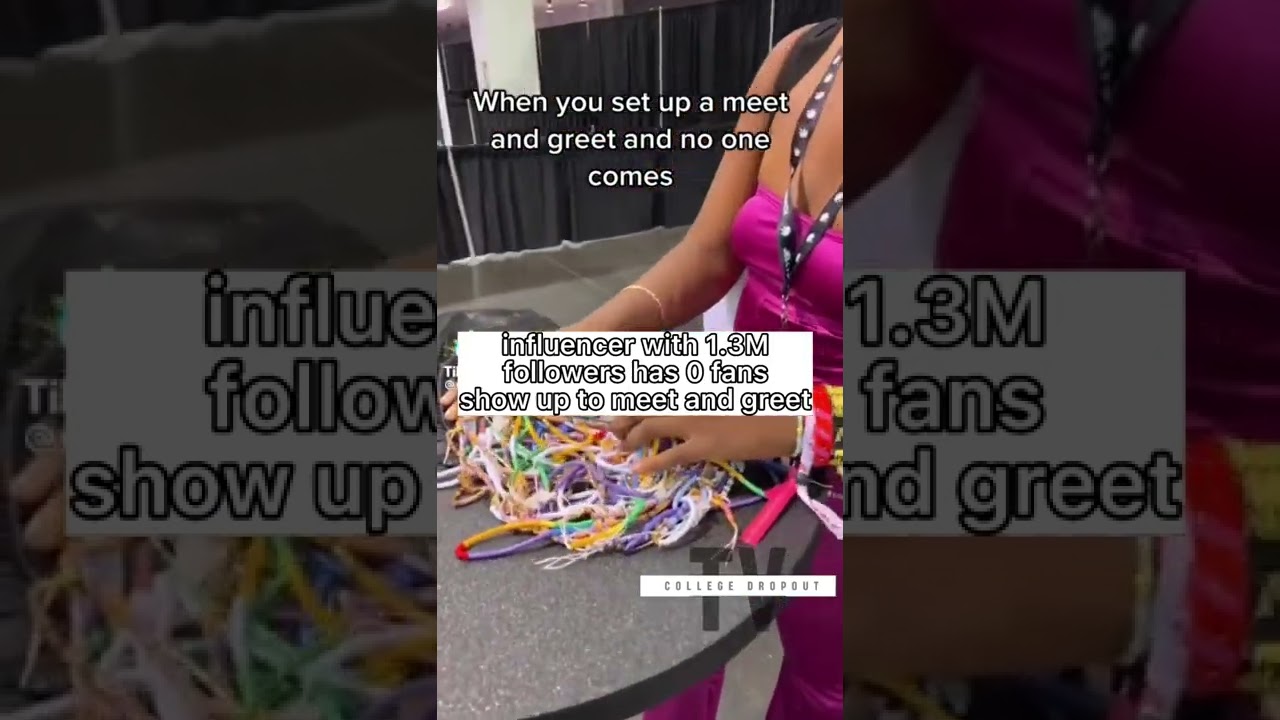 The TikTok star shared a video of her failed event in which she can be seen standing in front of a table-like thing at the venue.

Grace uploaded the video to her TikTok account with the username @grace_africa. Sharing the video, she wrote, “When you set up a meet and greet and no one comes.”

Why did TikTok Star go Viral?

In the video, the TikTok star was seen donning a pink outfit. Also, there was a collection of wristbands that were probably meant to be distributed among her fans. However, the bands were left as it is as none actually made it to the social event.

This short video was then shared on other social media platforms too and in no time it has gone viral on the internet.

Well, we can definitely understand what one might be going through when we expect something but get to witness something else.

Reacting to the video, one user lauded Grace for being bold enough to share the video.

“This is very bold of her to post. She has 1.3 million followers on TikTok and no one showed up to her meet and greet”, wrote the user.

Grace Africa was not broken down following the event turnout

I and even you might have thought that Grace was broken down after what has happened. However, that was the case with her. She did not cry.

In one more video shared online, one can see that the TikTok influencer has called her mother and shared about her failed event in which no one turned up to see her. Her mother was however shocked by this. Grace then ended her call by telling her Mom that she wants to cry.

However, Grace in her response to the comments revealed to her fans that she did not cry. She shared, “Guys I didn’t go cry! Lol I went to read my book in the hotel.”

Who is Grace Africa? 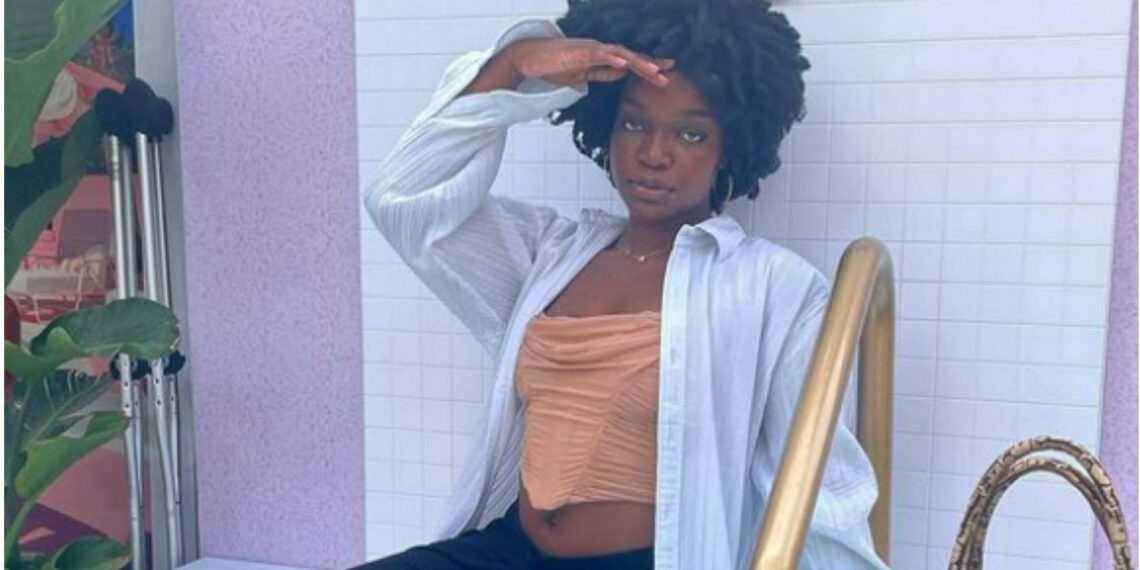 Speaking about the TikTok star, Grace Africa is a social media influencer. She is also a registered nurse. She was born in Houston, Texas. Her age is 26 years.

She gained fame and name for sharing African content related to comedy on her TikTok account. She posts comedy skits mostly about Africa. Her videos have helped her in earning over 1.3 million followers on TikTok.

Grace has also tried imitating her mother a number of times on social media. The video of a stray cat coming into her apartment is one of her most liked videos.

How did Social Media React?

After this whole story started trending on social media, netizens tried to cheer up the influencer by adding their comments. 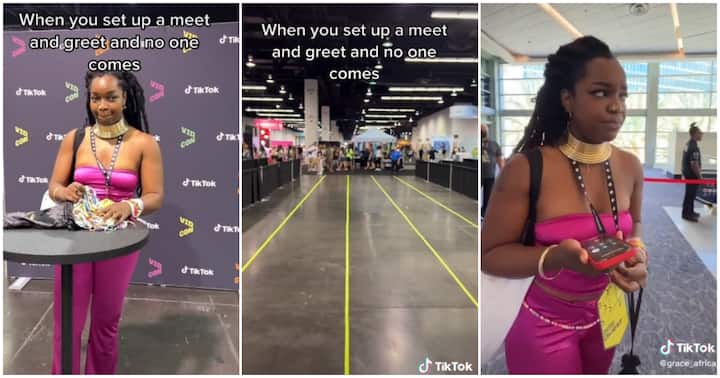 A user mitsy/TikTok wrote, “I feel this would happen to me as well this makes me sad please tell me a couple ppl came.”

American YouTuber, Daniel Thrasher, commented, “BEEN THERE. But this year, I freaking opened VidCon to a big ol’ crowd. It all changes quickly, keep it up.”

A TikTok user, Pia wrote, “Girl, I’m so sorry if it was in Atlanta or New York or any city w a higher black population the line would’ve been out the building!!!”

Stay connected to this space as we share more such interesting stories with you!