The internet comedian Druski rose to fame in a short period. He is known for his hilarious skits on Instagram impersonating almost everyone. Now, the influencer is in hot waters for posting a cringe-worthy skit wherein women are being forced to drink. So who is Druski and what is this video about? Read on to know more. 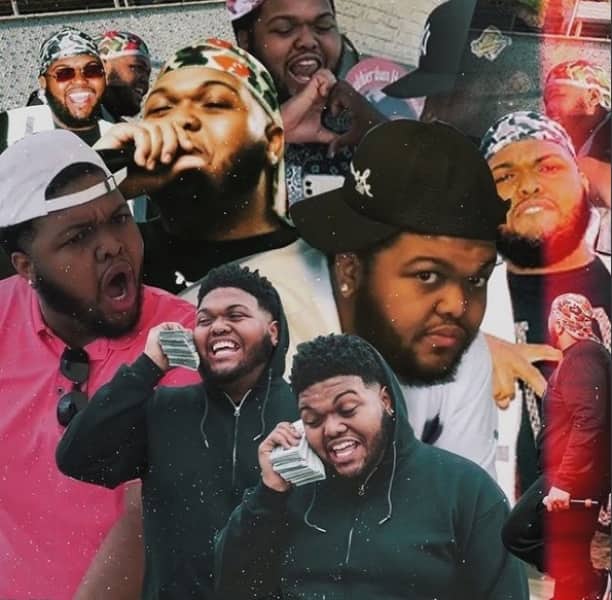 Druski’s real name is  Drew Desbordes. He was born in Maryland and raised in Gwinnett, GA. Druski credits his diverse upbringing for allowing him to act as a shape-shifting chameleon, skipping from one character to another.

Druski loves playing sports as a kid but somewhere, he just wanted to make the world laugh. After high school, Druski remained at the Georgia Gwinnett College before getting transferred to Georgia Southern University in Statesboro. He picked this town because he had heard that parties there were crazy.

However, things went for a toss as Druski became depressed. In an interview, the 28-year-old comedian narrated that his mom used to pay his rent and he even stopped showing up to class. He would just watch videos of various comedians and inspirational speeches by Steve Harvey. He finally dropped out of college after two semesters and decided to take on the internet.

Druski’s parents are academically sound. His father, Capt. David McLain Desbordes is a pilot who attended Howard University and graduated from the United States Air Force Academy. He is also a Wall of Honor nominee at the Smithsonian National Air and Space Museum.

Druski’s mother, Cheryl Desbordes holds a Master of Science in Public Health and worked at the  Centers for Disease Control. The 28-year old podcaster and internet comedian has a sibling Nadia Desbordes, who is. volleyball player. Druski has remained unshakable when it comes to confidence. Despite several bumps, the comedian has made a mark on social media with his quirky skits that bring humor into almost situation.

The internet influencer grew up on the north side of Gwinnet and that put him in touch with different people and cultures. If you closely look at his skits, you’d understand that Druski has many different angles for his content. He certainly has a diverse cultural perspective that makes him unique.

Druski rose to fame, especially during the Covid-19 pandemic when the world was struggling to smile. He was committed to making the world laugh with his live videos and Instagram stories.

Not just this, Druski has also appeared in Drake’s video. His highly coveted merch 4Lifers is supported by big stats like Jack Harlow, Quavo and Odell Beckham Jr. Druski currently has more than 40k Youtube subscribers to his channel.

Before you start judging him for today’s video, I want to tell you that the comedian is not only known for impersonating Hip Hop artists but also for toxic people in society. Recently, he came up with a video skit and people are yelling to cancel him. Many say that he is glorifying sexual assault.

So here‘s the Druski video everyone's talking about. pic.twitter.com/Fx86ynVQIM

So what’s up with the video. Well, Druski shared a video of a new skit today wherein Druski and his brother can be seen inviting two women into their apartment for an overnight party and games. Druski was seen getting one lady to drink more even though she was wasted while plotting what will happen at the end of the night.

Druski really made a skit about having a rapey ass friend and people laughing at it. Yikes. And don’t try and flip it like he was making folks aware… nah. He thought that was funny. Double yikes. And it still hasn’t been deleted.

Now, this video has not only received backlash but has also received some support because Druski is well-known for impersonating toxic people and spreading awareness with his hilarious comedy.

Many social media users, however, pulled him down for this cringe-worthy video and alleged him glorifying sexual harassment. Some people are even asking him to be “cancelled”. The now-deleted video has angered most people.

I am not understanding this Druski thing. In no way was he condoning the behavior. His videos have the theme of “dont be this person”. Could the caption of his video be written better? Yes. But its a stretch to cancel him. His intent ALWAYS is to not be the person in the clip

One Twitter user wrote,  “Druski just showed us how much pressure men be applying just to fuck”. Another user wrote,  “That Druski Video touched my nerve. Because people don’t talk about how men pressure you into drinking trying to fuck but if you don’t, everyone around you women included, will tell you that you’re killing the vibe. The vibe is passed out drunk?”

One particular tweet that caught my eyes was “I am not understanding this Druski Thing. In no way was he condoning the behaviour. His videos have them of “don’t be this person”. Could the caption of his video be written better? Yes. But it’s a stretch to cancel him. His intent always is to not be the person in the clip.”

it was hella niggas in Druski comments tagging their homies talking bout “this ______” hell some niggas was saying “this me” .y’all be tryna “Twitter is not a real place” & “social media is not serious” y’all way out of any situation where men are being held accountable.

The men are down BAD when guys like Druski and Kevin Samuels are the big bros. A generation ago, they def woulda been the weed carriers of the group, never allowed to speak, esp not to the hoes. https://t.co/C2nleQhf0J

Now, one cannot deny the fact that Druski’s diverse background has always helped him come up with the most creative ideas to please his global fans. He is a beloved comedian who will not leave any effort to make you laugh.

It appears that Druski was just trying to portray the bad side of society. We all have come across such people during parties. People just don’t talk about the fact that how men are capable of predatory behaviour.

I think it’s just an imitation act and nothing more. Druski has previously done several skits showing off sketchy behaviour before. I think he shouldn’t have deleted the clip and come up with a better explanation. After all, there is a lesson here for him. He needs to bridge the gap between himself and his global following. What do you think about this?