Donald Trump may not be the president, but his many right-wing supporters continue to create chaos. Alison Steinberg, an anchor and contributor for right-wing extremist media outlet One America News (OAN), posted a homophobic, expletive-filled rant about the presence of an LGBTQ+ pride flag flying in the beachfront business district of Huntington Beach commemorating Pride Month.

Who is Alison Steinberg? 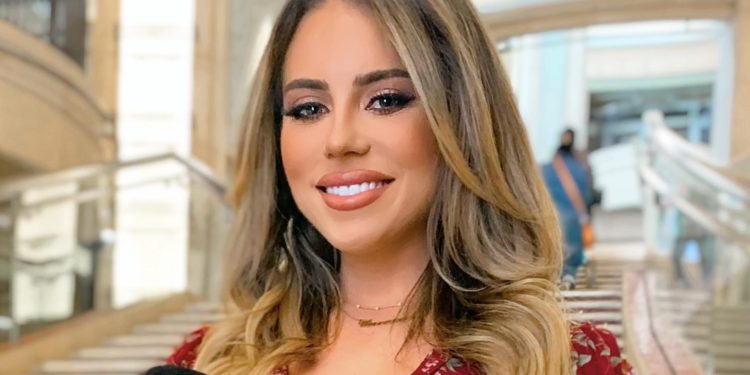 Alison Steinberg is a popular One America News anchor and a right-wing extremist contributor. The anchor was born in TBA, California and is aged between 28-25 years. She started her anchoring career at a very young age and shortly gained fame because of her many Instagram videos.

Now, Alison sparked controversy as she posted a video of herself screaming in anger after seeing the pride flag in Huntington Beach, California, replete with finger-jabbing and profanity. Steinberg had originally posted her video to her Instagram account but it was later removed.

A Disgrace To The City…

Alison shot an obscenity-laden rant captured in a now-viral video over an LGBTQ+ Pride flag flying in the beachfront business district of Huntington Beach commemorating Pride Month. In the video, she can be heard saying:

“And guess what I came home to be greeted with? This fucking bullshit. [points to Rainbow Pride flag] What the hell is that? Huntington Beach is the town of good old-fashioned hard-working American people, much less human. People who worked all through the COVID lockdown. Yes, that’s right. Huntington Beach never shut down through any of the COVID nonsense fuckery. And now we’re peddling this garbage?”

“What the hell is this? The only flag that should be up there is that American flag. This is a disgrace to our city and it should be taken down immediately. Whoever the hell is running this town needs to be fired. Make America great again. Make Huntington Beach great.”

Alison also screamed that whoever is running the town should be fired for allowing such obscenity. She said, “The only flag that should be up there is the American flag. She also said that the pride flag is a disgrace to the city and should be taken down immediately.

Signalling her allegiance to Donald Trump, she ended the speech by saying, “Make America great again! Make Huntington Beach great again.” The video was captured by Ron Filipkowski, a defense lawyer and the former Assistant United States Attorney, who uploaded it to his Twitter account where many of his 402.9K followers retweeted it.

An Old Hatred For LGBTQ+ Community…

This is not the first time that Alison came into the headlines for her homophobic meltdown. In the past, she caught the attention of many when she stated that supporting Ukraine was “gay.”

While appearing on OAN, Alison was vocal about her thoughts and said: “If the LGBTQ+ crew is trying to indicate that supporting Ukraine is gay, I might be in agreeance with them there.” However, she quickly said, “Just kidding.”

She also claimed that she was discriminated against for not wearing a mask at a Starbucks drive-through in another video posted to her social media accounts. Alison’s rant has sparked outrage amount the LGBTQ+ community who are gracefully celebrating pride month. What do you think about this incident? Gross, isn’t it?