What is Yubo App? Robb Elementary School Shooter Showed All Warning Signs on the Social Network

Yubo App, also known as the “Tinder for Teens” was used by the 18-year-old Salvador Ramos, the monster who was shot after he killed 19 students and 2 teachers in the Robb Elementary School mass shooting incident on 24 May 2022. Read on to learn everything about this app. Formerly known as Yellow, Yubo is a social media platform that mixes live streaming with social networking. Its user base consists of mostly teens and young adults. According to TechCrunch, the company stated that 99% of its users are part of Gen Z and range from 13 to 25 in age.

Yubo was created by Sacha Lazimi, Jérémie Aouate and Arthur Patora when they were engineering students at CentraleSupélec Graduate school of the Paris-Saclay University and Télécom Paris.

The French social networking app is designed to “meet new people” and create a sense of community. It was launched by the TWELVE APP in 2015 and is available on iOS and Android.  The app has 50 million users worldwide.

In December 2019, Yubo raised $12.3 million in a funding round led by French private equity firms like Iris Capital, Idinvest Partners, Alven, Sweet Capital and Village Global. The funds will be used to develop its technology and expand its global user base. Between 2015 and December 2019, app users have created an estimated 2 billion friendships, along with exchanging more than 10 billion messages and launching 30 million livestreams. In 2019, the startup has generated $10 million in revenue.

In 2020, in the context of the COVID-19 pandemic, Yubo recorded a significant rise in use due to quarantined teenagers, with a 550% increase in time spent in video discussion groups.

In October 2020, the app had 40 million users worldwide, 60% of whom are Americans and Canadians. In September 2020, Yubo established its U.S. headquarters in Jacksonville, Florida. At the same time, Yubo opened a new office in London.

In November 2020, Yubo carries out new fundraising, raising $47.5 million from its historical investors and a new entrant, Gaia Capital Partner. The announced objective is in particular to strengthen moderation and develop the Asian market.

In addition, Jerry Murdock, co-founder of Insight Partners who invested in Twitter and Snapchat joined the board of directors of Yubo. In November 2021, Yubo opened a second office in the U.S., in New York City.

The app is certainly not as big as Facebook, Instagram or YouTube. It isn’t even usually listed alongside fairly new social platforms that have become extremely popular with Gen Z, such as TikTok, Twitch, or Discord. However, after the Robb Elementary Mass Shooting, the app came into the limelight and raised concerns.

Well, this is not the only reason. in 2021, Yubo has generated lots of concern among parents of its target audience. Business Insider reported that a 26-year-old adult man was arrested in 2019 after trying to meet a 12-year-old girl that he met on the app. Salvador was one such user, we don’t know how many more are operating this app.

The app boasted many features like face-recognition and age-estimation technology, Yubo has been surrounded by criticism for issues related to harassment,  nudity and incidents between minors and adults. Salvador sent direct messages regarding shooting his grandma and then carrying out the brutal attack. So is the app truly safe?

Yubo earned the tagline of “Tinder for Teens” for a while. Its developers first developed the app to connect with Snapchat users after realizing young people were looking to make new connections on the platform. Noticing an opening in the marketplace, the Yubo team created an app where Snapchat users could connect with strangers by swiping left or right, like on Tinder.

Salvador Ramos was a regular user of this app. One teenage user revealed that the gunman showed rage when she turned down his proposal. He also told girls that he would rape them, showed off a rifle he bought (sent a $2000 receipt) and threatened to shoot up schools in live streams on the social media app Yubo. 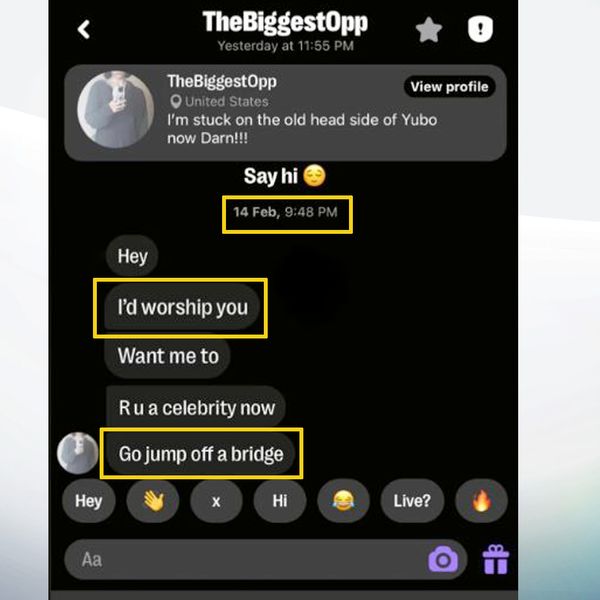 These users, who were all teens, revealed that they did not take him seriously until they saw the saddening news about the Robb Elementary School mass shooting in Uvalde, Texas. Three users also revealed that Ramos threatened to commit sexual violence or carry out a school shooting.

On the day of the massacre, Ramos messaged CeCe on Yubo to tell her he’d just shot his grandma Celia, and that “Ima go shoot up elementary school rn.” Nothing was reported by anyone. Well, if something was reported, Ramos would have been on the police’s radar. Yubo announced new age verification techniques just a day after Ramos had already killed 19 students and 2 teachers. This happened before the Uvalde gunman’s presence on the platform was publicly known.

Earlier this week, Yubo also stated that it’s consistently working on features and protocols to ensure the safety of its users, such as AI-powered moderation of livestreams and chats. The platform also doesn’t display advertisements or show users algorithmically-promoted content, two features usually found on social apps that can have a negative impact on teenagers.

Well, are these efforts enough. We are never getting those children back! What happened in Uvalde is unfateful. Who takes up the responsibility? Is it police chief Peter Arredondo who delayed officer response or is it the users who took this monster’s warning lightly? The mass shooter is killed but we are left with one question, Are children safe out there? Who would mend that? What do you feel?