What Is NyQuil Chicken Cooking TikTok Challenge, And Why Is It So Dangerous?

Bizarre challenges continue to take over TikTok-verse! Yesterday, I talked about a useful TikTok trend called “Angel Cut With Layers”, a secret code for domestic abuse victims, but today, we are back to square one with another TikTok challenge, “NyQuil Chicken”. What started as a joke has turned out to be a dangerous challenge. Read on to understand the meaning of this challenge and why is it so dangerous. What Is NyQuil Chicken TikTok Challenge? The NyQuil chicken challenge started circulating on TikTok earlier this year but has gained pace recently. “Know Your Meme” reported that it all started as a joke in 2017 when a post was made on Chan and the user suggested making “sleepy chicken” or bedtime chicken” using NyQuil to marinate it. One user, who went by the name  @trjstn even posted a photo of the chicken with a caption that read: “If she makes you NyQuil chicken…don’t let her go.”

Now, you must have heard the name of this medicine NyQuil, a common “over-the-counter medication which treats symptoms of flu, common cold and other allegories.” NyQuil is manufactured and sold by Vicks. Coming back to the NyQuil Chicken challenge, while the joke died, one foolish user by the name of D1GS1TE came up with a video in 2019 wherein he and his friends were seeing making the NyQuil chicken. Things obviously turned out bad for them. 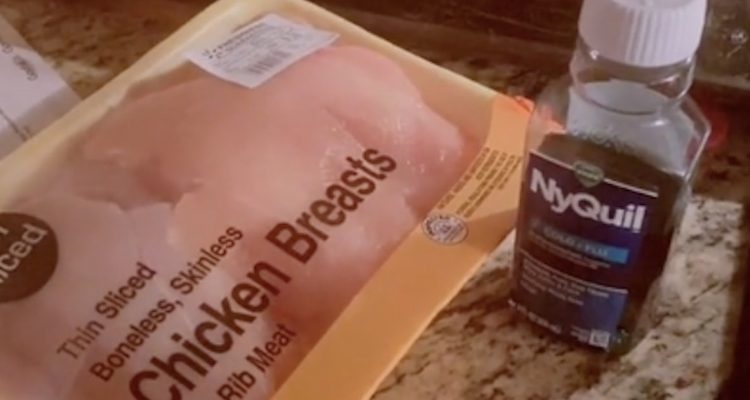 Why Is The NyQuil Challenge Dangerous? 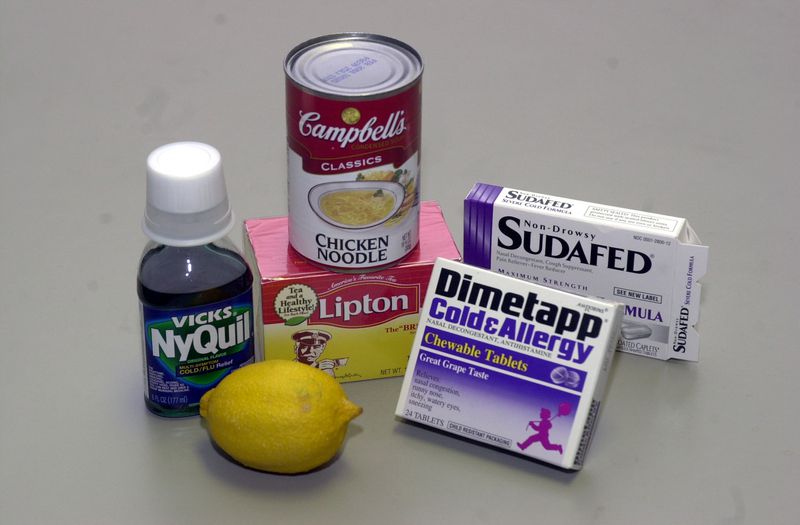 As the NyQuil Chicken Cooking challenge gains popularity among TikTok users, with many actively trying this challenge, several safety warnings have also appeared which TikTokers try to search this tag on the video-sharing platform. The FDA has issued specific guidelines highlighting the dangers associated with this challenge.

In a recent warning, the U.S. Food And Drug Administration released a statement:  “These video challenges, which often target youths, can harm people — and even cause death.” It has come out that this medicine includes active ingredients such as ‘acetaminophen, dextromethorphan and doxylamine’.

The FDA further warned TikTokers by mentioning that, “Boiling a medication can make it much more concentrated and change its properties in other ways, even if you don’t eat the chicken, inhaling the medication’s vapours while cooking could cause high levels of the drugs to enter your body. It could also hurt your lungs.”

On TikTok, the tag “#nyquilchicken” appears to be blocked, and searching  prompts a warning that “some online challenges can be dangerous, disturbing, or even fabricated.” FDA has also advised parents to keep such harmful medicines away from children and explain to them the dangers associated with such challenges.

So yea, even if you’re not consuming this chicken, which can also cause death, simply inhaling the medicine’s vapours can damage the lungs. It’s insane how people get swayed by such creepy challenges and actually go out of the way just to garner some likes. It is advised to keep yourself safe and informed about any such challenges on TikTok. Share this article with family and friends, especially children, to avoid any regretful accidents.