What is Matt Lauer Doing Now? Everything About NBC’s Former Host

Matt Lauer, the former host of NBC’s ‘Today’ show was removed from the show after being a host on it for a total of 20 years. NBC terminated his contract after they were allegations of ‘inappropriate sexual behavior in the workplace’ pressed against him. 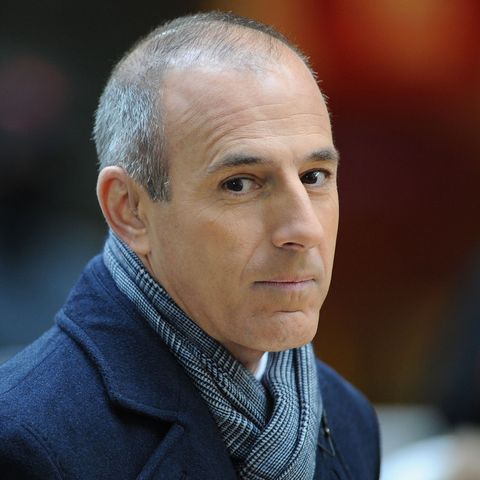 Savannah Guthrie announced the news and read the staff memo about Matt’s departure from the show. Following this, Lauer’s life started to fall apart.

What is Matt Lauer up to at the moment?

Every and now than Matt tries to interact with people on various occasions but most times people give him the cold shoulder. As per the sources, “He has done everything to regain his place in the community. He’ll turn up at fancy events and be super friendly with everyone but most people just turn their noses up at him.”

Those allegations continue to haunt Lauer to date. Whereas when we talk about his personal life, he is in a happy space in that part of his life.

Lauer’s former news colleague Brooke Nevils stated that he raped her in a hotel room during the 2014 Sochi Olympics. When Matt was questioned about the same, he declined the allegation placed on him by Nevils but confessed that he had an ‘extramarital, but consensual, sexual encounter’ with Brooke. Brooke’s allegation on Matt led NBC to cut ties with him. After that, he returned to Hamptons. A close source told OK Magazine, “People have had ample time to put out the welcome mat, but it seems like they’ve shut their doors on Matt for good!”

What did people at NBC had to say about Matt?

During an interaction with Ad Week, the executive producer of the show Tom Mazzarelli expressed his thoughts on Matt’s exit from NBC’s show. No matter how badly things ended between Matt and the team of ‘Today’, he will always be a part of the great show.

Tom said, “We’re going to look back at our history, and he’s part of our history, as are all the anchors throughout the last 70 years. You’ll see him.” Matt’s former colleague Hoda Kotb talked about the Lauer matter in a Today broadcast in October. She said, “You feel like you’ve known someone for 12 years … and then all of a sudden, a door opens up and it’s a part of them you didn’t know.”

Was Matt a part of the tribute video made by NBC?

NBC made a special video to celebrate its 70 years in the world of showbiz. Most of the people were pondering over the thought of whether Lauer will be a part of their tribute video or not. The tribute video shared by NBC was 12 minutes long. The answer to the big question is yes, he was present in the video. People were pretty much surprised by it as a few of them didn’t think he will be in the video after his disgraceful departure from the show. He has been featured in the video a total of 4 times.

Another anchor of the show, Billy Rush was not included in the tribute video of the show. A source told New York Post, “Billy was livid they included everyone except him. When they chose to include Matt Lauer – who was accused of anally raping a young staff member while on a work trip – but chose not to include Billy, you know something is very wrong.”

In which projects have Matt starred in before?

Apart from NBC’s show, Lauer has also been a part of multiple shows like ‘Dateline NBC’, ‘Where in the World Is Matt Lauer?’, ‘Today in New York’, ‘Red Nose Day’, ‘PM Magazine’,  ‘Rock Center with Brian Williams’, ‘Live at Five’, and ‘The Greatest American’.

Throughout his entire career, he has also appeared in a couple of films like ‘Land of the Lost’, ‘I Am Legend’, ‘Tower Heist’, ‘The Beaver’, ‘Entourage’, ‘9/11’, ‘Leaving Netherland’, ‘Square One: Michael Jackson’, ‘Who Is Clark Rockefeller?’, ‘Me at the Zoo’, ‘Leaving Neverland: The Aftermath’, ‘Wal-Mart: The High Cost of Low Price’ and many more.

Soon after Matt was shown the exit door from NBC, his personal life also began to crumble in bits and pieces. He had a messy divorce with his ex-wife, Annette Roque. She is a model by profession and is professionally known as “Jade Roque.”

Following the divorce, he parted with $20 million in assets and a horse farm in Water Mill. It was a pretty tough time for Matt personally and professionally. Matt and Annette decided to part ways in the year July 2019 after a marriage of 21 years. Their divorce got finalized in September. The pair concluded and gave their nod to joint custody of their kids. The duo shares three kids, Romy Lauer, Jack Matthew Lauer, and Thijs Lauer. Before Annette, the 64-year-old was married to Nancy Alspaugh from 1981 to 1988.

Is Matt Lauer single or committed?

Right now, the star is in a relationship with Shamin Abas. The two knew each other from before a decade they start dating. A source told Page Six, “Matt and Shamin have known each other for many years; she spends a lot of time in the Hamptons, as does he. They very recently began dating. She is a lovely woman.” We are just so surprised by the striking resemblance of Matt’s girlfriend Shamin with his ex-wife Annette. It almost looks like they are twins but let me burst your bubble they are not. Abas’ relationship with Roque remains like suspense in a film.

Sources have stated that the couple is looking forward to getting married soon. A source said, ‘ he has been talking to friends about marrying her in a big Hamptons wedding.’ Who will be present at the duo’s wedding? Will Annette be there or not? Only time can tell us the answer to these questions.

Everyone goes through ups and downs in life, similarly Matt has moved on with time. We can’t wait to get more details about Matt’s marriage plans with Shamin. Stay connected with us for the latest updates.