What Happened to Lil Xan? The Rapper is Hospitalized in a Psychiatric Hold

Since December 2021, there has been a lot of discussion about Lil Xan. The rapper is most known for his song ‘Betrayed,’ which was certified platinum by the RIAA and reached number 64 on the Billboard Hot 100.

His stage name is a variation on the phrase Xanax, which is the brand name for the prescription drug alprazolam. 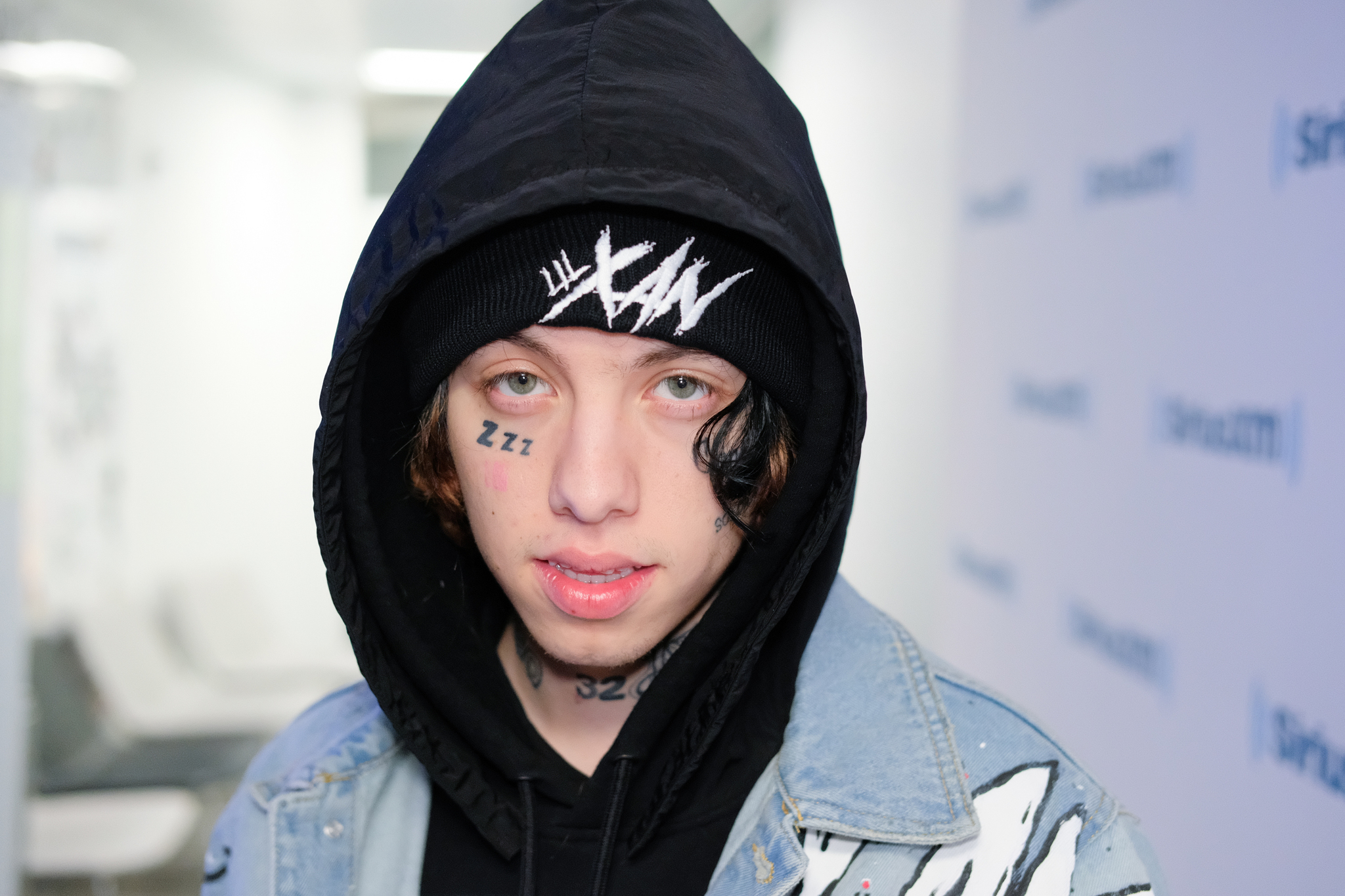 Before he started rapping, Leanos worked as a street sweeper and peddled narcotics. Leanos later started a photography business to support many rapper buddies.

He ultimately had his camera stolen and decided to start rapping instead of buying new equipment. A lot has been happening with the rapper recently, including something about Psychiatric Hold.

The Rapper Lil Xan Is Hospitalized In A Psychiatric Hold

Lil Xan shared an Instagram story for his followers on March 23, 2022, informing them of his hospitalization in a psychiatric hold due to mental health concerns.

The rapper shared two photos in which he penned something about his health and what’s been going on. 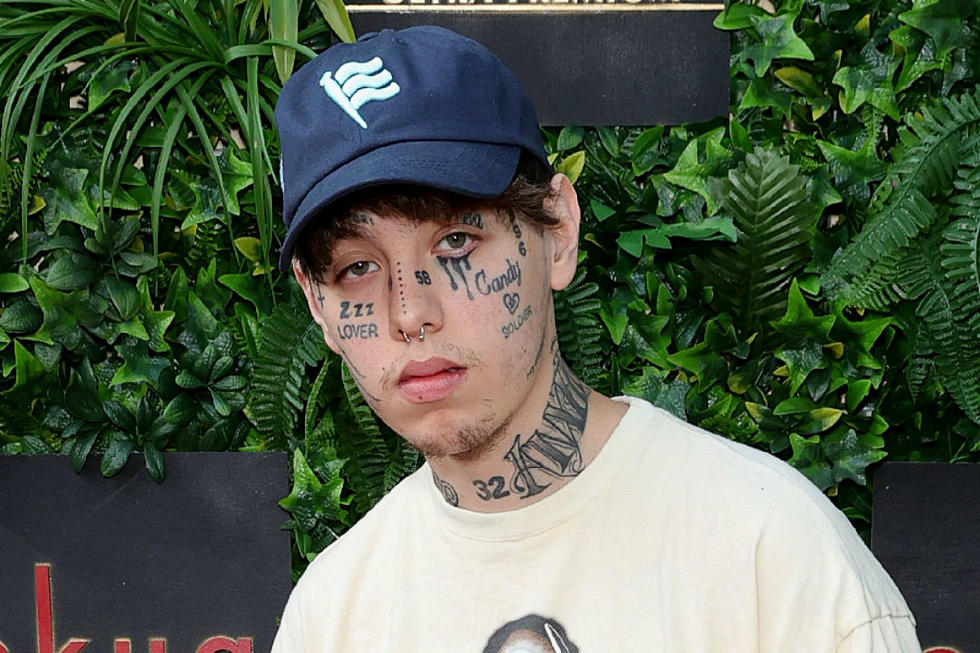 Xan acknowledged checking himself into a 51/50. A California law code allows for the temporary, involuntary psychiatric commitment of those who pose a danger to themselves or others owing to symptoms of mental illness.

Here’s what the rapper penned down in his Instagram story.

“Didn’t Want To Even Let People Know How Bad It Was Affecting My Mental Health But I Feel I Should Be In The Hospital On A 51/50. Please Stop Speaking About Me If You Don’t Know Me I’m A Human Being Just Like You.” 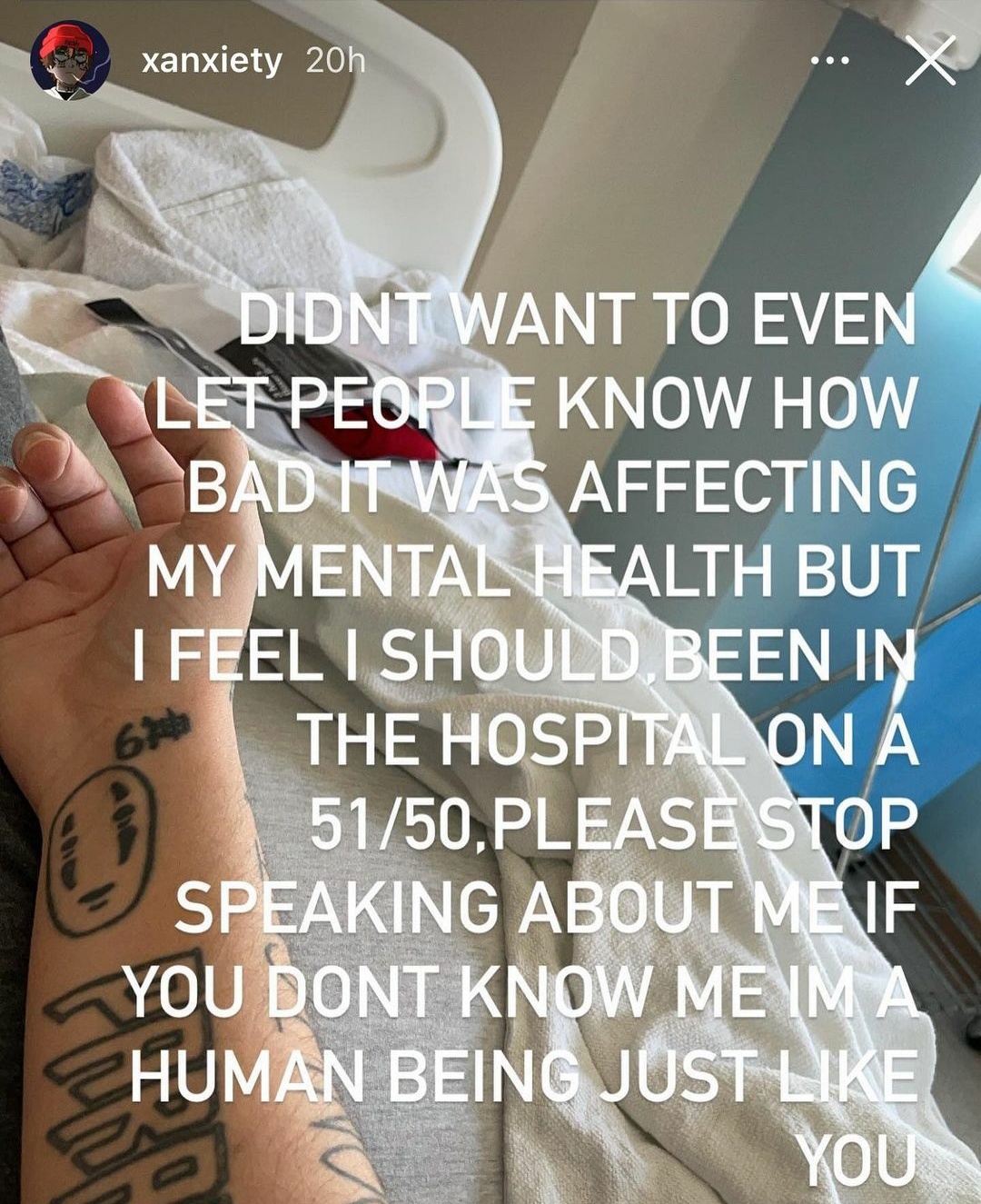 The Rapper Hinted A Reason Behind His Hospitalization

Along with my announcement of his illness, the rapper also mentioned the cause of his hospitalization. And, sure, it’s the issue that’s been going on since December 2021.

Xan indicated that he was hospitalized due to online bullying when he unmasked his previous manager, Stat Quo, who Xan claims helped feed his near-fatal drug addiction.

In a statement, the rapper stated that everyone should stop spreading lies about the controversy as it’s affecting his mental health.

Here’s what he actually penned:

“Crazy Ever Since I Spoke Out Against The Industry So Many False Narrative Videos About Me Start Surfacing On The Internet Like Wildfire.

If You Think I’m Broke I Ask You To Dig Deeper And Do Your Own Research Then Believe A Stupid Youtube Video.

I’m Living Very Very Comfortably And Ask The People Speaking Lies About Me To Please Stop As Its Affecting My Mental Health.” 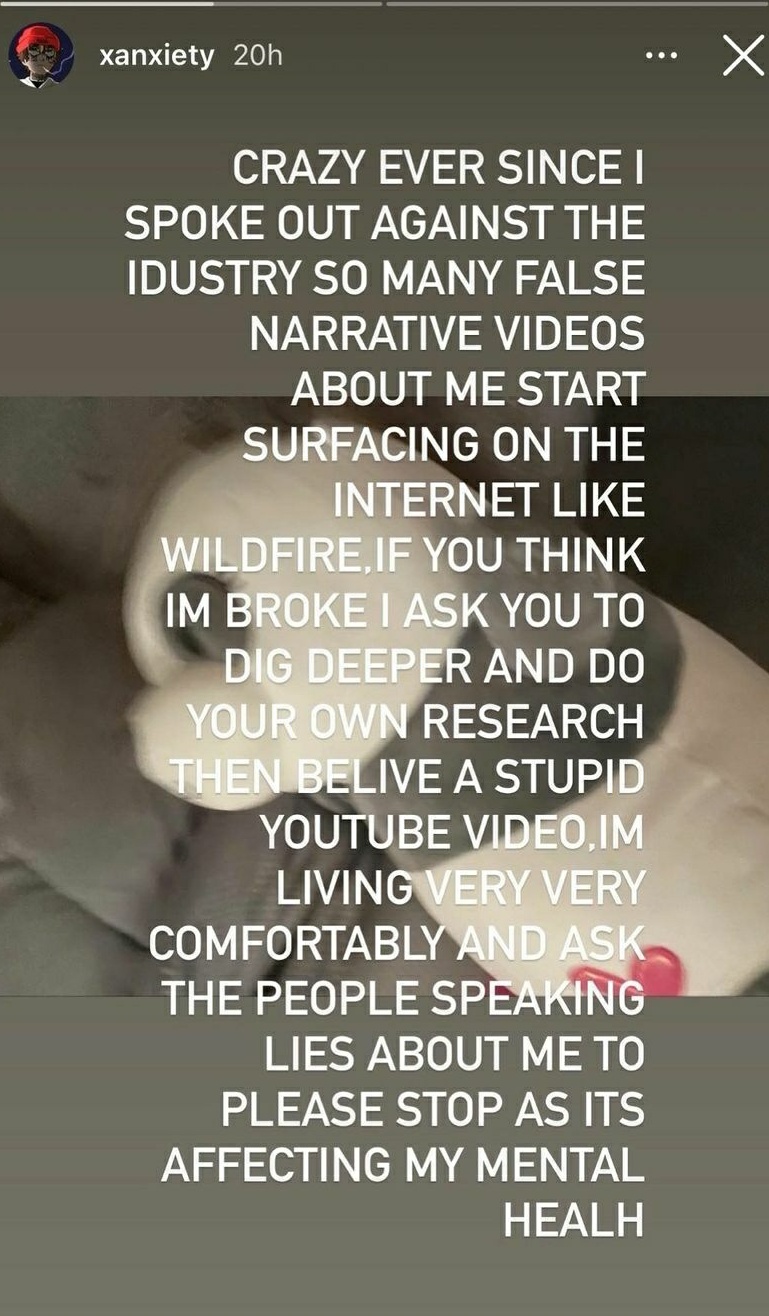 If you are unaware of the situation that unfolded in December 2021, you may be wondering what is going on.

In December 2021, during an Instagram Livestream, Leanos admitted to being a “drug addict” in the old days. And claimed his former management, Stat Quo, of fostering his addiction by providing him with drugs whenever he was suffering withdrawal symptoms while on tour. 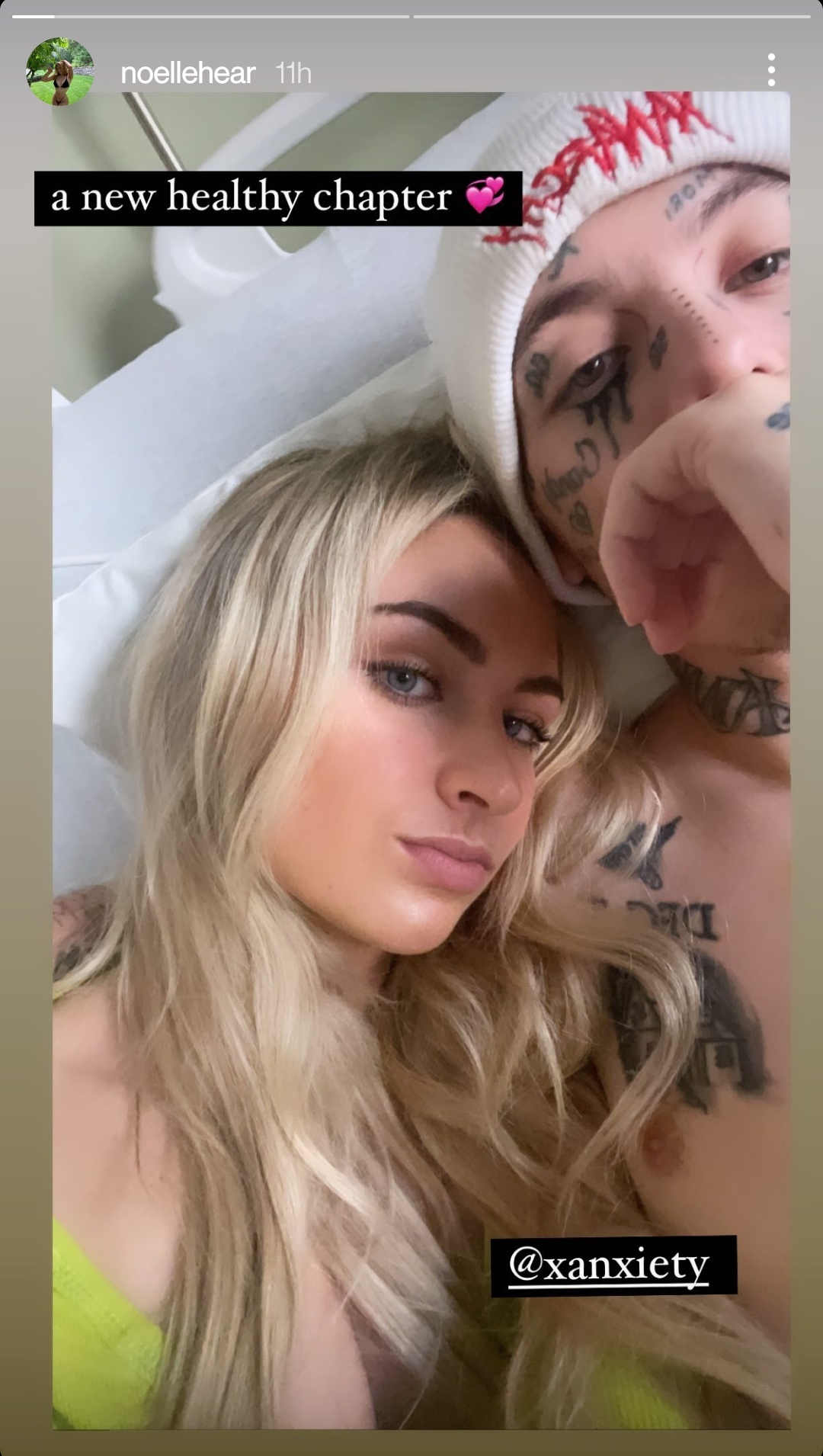 Instead of helping Xan with his addiction, his old manager supplied him with substances, according to the rapper.

He suggested that Quo’s brutality nearly killed him:

“They just want to keep you alive long enough to make their fucking money, and if you die, even better for them. … Because guess what? It’s easier to manage a dead artist than an alive one.”

Following this revelation, many people supported Xan, while many others bullied him online and said things like “he’s doing everything for attention and it’s all a lie.” 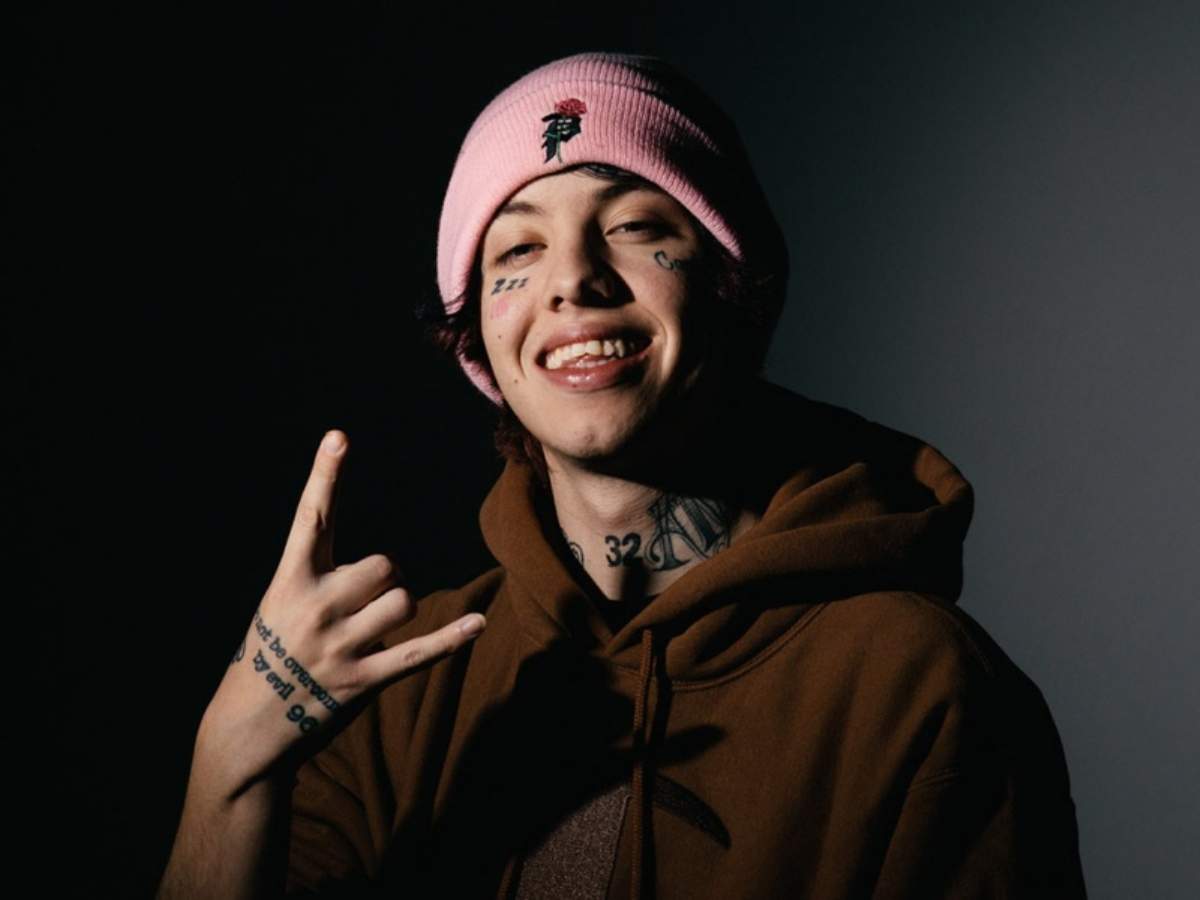 And now, he’s been hospitalized as a result of the internet bullying and other bollocks surrounding the rapper.

So, what are your thoughts on this situation? We will keep you updated on the rapper’s situation.