What Happened To Kris Aquino? Here’s Everything We Know About The Diagnosis

A life-threatening illness has been revealed in a Filipina actress.

We’ve all heard how many celebrities have been diagnosed with medical illnesses. But it’s uncommon to hear about a celebrity fighting to stay alive and being positive about it.

Kris Aquino, an independent actress who is also a producer who fights for the rights of others, has announced that she is suffering from a ‘life-threatening’ disease. Kris has been the subject of rumors that she is dying for months, but now that she has confirmed it, her followers are relieved, except her haters.

You probably didn’t hear about this for some other reason. So, don’t worry, keep reading to find out what sickness the actress has been diagnosed with and what she has said about it.

Kris Aquino Has Been Diagnosed With Erosive Gastritis And Gastric Ulcer

On June 3, the TV host Revealed her sickness in an Instagram video in which she was having swab samples taken from her nose and mouth by a medical worker. And she did write a lengthy speech beneath the video.

She explained about her attending physician Dr. Niño Gavino, “an exceptional Filipino-American doctor based in Houston who successfully diagnosed what’s really wrong with my health.”

“I’ll miss you—my friends and followers, very much. Time is now my enemy, naghahabol kami hoping na wala pang permanent damage to the blood vessels leading to my heart,” Kris added after that. 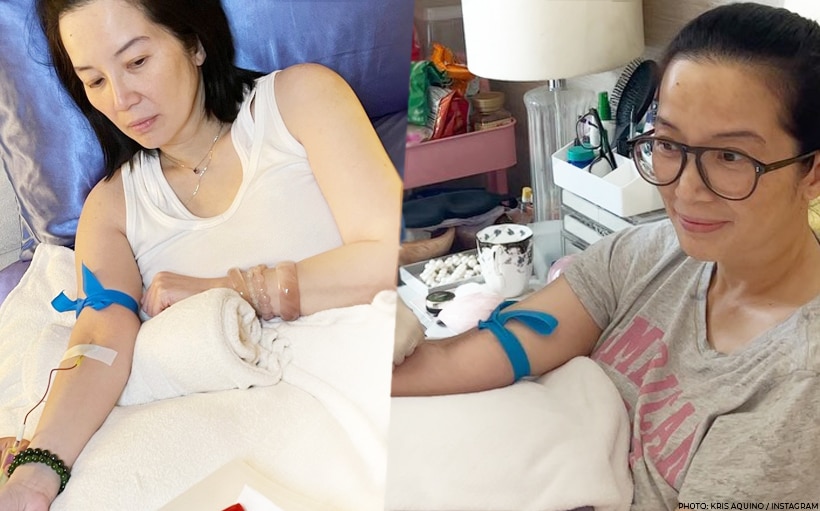 She declared up front that she has Eosinophilic Granulomatosis with Polyangiitis (EGPA), formerly known as Churg-Strauss Syndrome.

As per Kris, the doctor also stated that finding out if her treatments were effective would take 18-24 months. “For now and the next few years—sadly, it’s goodbye. Praying na kayanin ng katawan ko itong matinding pagsubok,” she noted.

“Kahit 17 hours away na kami Nila Kuya Josh and Bimb to fly to and the Pacific Ocean separates the [Philippines] from [US], I’d still like to end this with #lovelovelove.”

Kris also posted a picture of herself with her sons after arriving home from her bone marrow tests before being diagnosed with the condition. She wrote in the caption that she’s ‘superly blessed’ to have her two sons by her side, who are always supportive and encouraging.

“Nakauwi na kami (We’re home). This was our last [picture] before heading to our temporary, leased home. Maghihintay na lang (We’re just waiting) for my bone marrow test results. Super blessed to have the love and concern from these two giants, through them binigay ni God so much more that I could ever deserve” she wrote.

Gastric mucosal erosion induced by damage to mucosal defenses is known as erosive gastritis. It is usually acute, causing bleeding, but it can also be subacute or persistent, causing few or no symptoms.

Endoscopy is used to make the diagnosis. With the removal of the triggering factor and the start of acid-suppressant therapy, the treatment is supportive. Erosive gastritis is a potentially dangerous and possibly fatal illness. 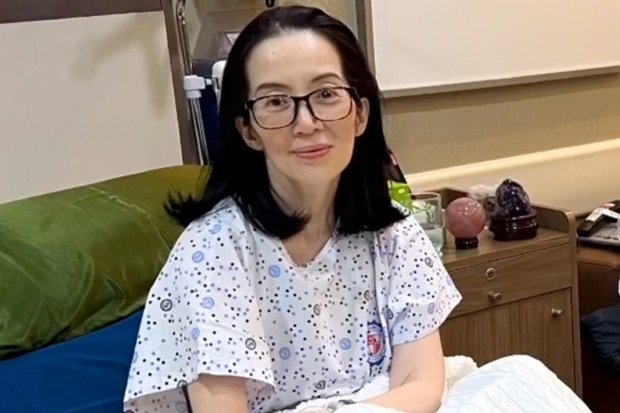 If you’ve had this disease for a long time, you’ll notice changes in your vision (blurry vision) as well as your hair and skin. Hair loss and poor vision are side effects of having the condition for a long time.

Let’s hope Kris Aquino returns to the screen to delight us because miracles can happen at any time.

Have you ever seen this celebrity? Have you seen any of her movies or television shows? Don’t forget to tell us about it in the comments box, and send your best wishes to the family.