Kim S. Pegula, one of the e principal owners of the Buffalo Bills of the National Football League became a victim of death rumors after she faced some health issues. Twitterites sparked speculation that the 53-year-old American businesswoman died from a heart attack. Well, the truth is that she is recovering well and is in good spirits. 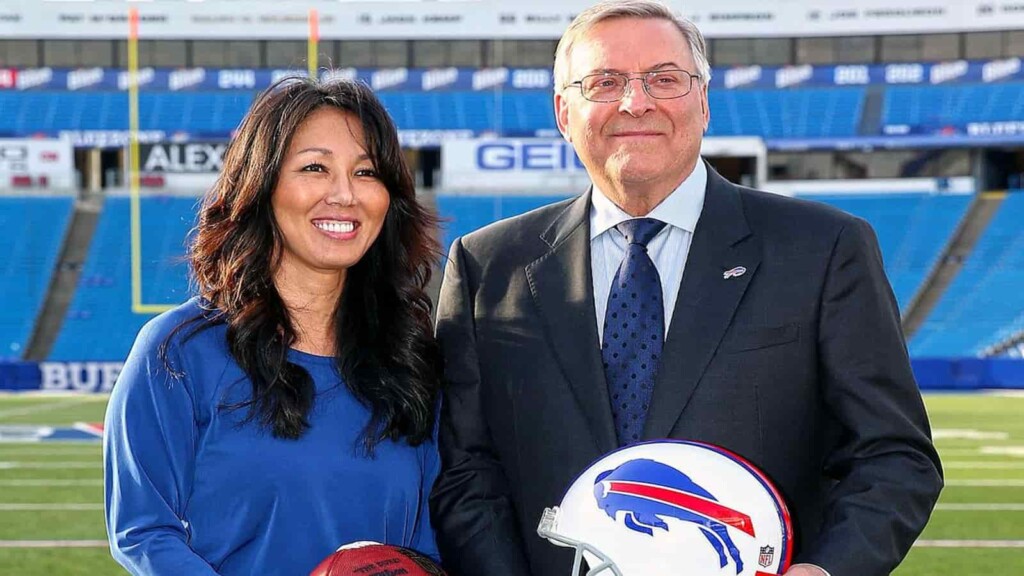 “Pegula Sports and Entertainment Company” president Kim S. Pegula, 53 is very much alive. A few days ago, rumors were circulating on social media that Pegula’s condition had worsened. It further escalated when Twitter users started posting that Pegula died from a heart attack. Well, in reality, Kim Pegula is on the road to recovery after a health issue left her hospitalized earlier this month … with the team saying she is “progressing well.”

The Pegula previously said in a statement that Kim had been “receiving medical care as a result of some unexpected health issues” … and on Tuesday (June 28), they shared a positive update. The statement reads as under: “Kim is progressing well and is resting and rehabilitating from a health issue. We are grateful for the medical professionals providing her care and to everyone for their prayers and well wishes.” So yes, Kim is very much alive and breathing.

What Happened To Kim Pegula? Kim Pegula married  Terry Pegula, a billionaire businessman, back in 1993. Since then, she remains an integral part of both the Buffalo Sabres and the Bills, two teams the Pegula family owns. However, last week, Pegula was reportedly in the ICU at Baptist Health Boca Raton Regional. She was receiving medical care as a result of unexpected health issues which remain undisclosed.

The Pegula family previously released a statement saying, “Kim Pegula is receiving medical care as a result of some unexpected health issues. We are very grateful for the progress she has made over the past few days. She has an exceptional team of medical experts at her side. We ask that you keep Kim and our family in your prayers and ask that you respect our need for privacy.” However, the family sought privacy in these tough times, but Twitter users could not hold back to make assumptions about the 53-year-old entrepreneur and circulated rumours that she is dead. The present statement from the Pegula family clarifies that she is very much alive and is progressing well.

Terry and Kim Pegula have three children, Kelly, Matthew, and Jessica, who is a professional tennis player. Kim has two stepchildren, Michael and Laura, from Terry’s previous marriage. The Pegulas reside in East Aurora, New York and Boca Raton, Florida. Kim Pegula’s net worth is estimated at $100 million as of 2022 while Terry’s net worth stands at $5.7 billion as of 2022.