What Happened to Dolores Catania’s Beau Paul as He Undergoes Life-Saving Heart Surgery?

Not long ago, Dolores Catania’s boyfriend Paul Connell underwent a life-saving heart procedure. The Real Housewives of New Jersey star talked about the current situation of her boyfriend to Page Six.

The couple began dating last fall and they have been together since then. Keep scrolling down to catch deep insights about the surgery of Catania’s boyfriend Paul Connell. Recently, the reality Tv star spilled the beans on her Irish boyfriend Paul’s heart surgery to Page Six. She said, “Over the past eight years Paul has suffered with an irregular heartbeat assumed to be atrial fibrillation. Recently, it was confirmed with a diagnosis of SVT or supra ventricular tachycardia.”

The 51-year-old further added, “He’s had many trips to the emergency room and consulted with several different cardiologists. He finally found the right specialist, a cardiac electrophysiologist, Dr. Robert Altman, who identified that he had a syndrome called WPW. Now, what’s this you might ask? It’s Wolff-Parkinson-White syndrome.” As per the report of Mayo Clinic, Wolff-Parkinson-White syndrome is a rare congenital defect. The disease is linked to sudden deaths in adults and children. The WPW patients have an extra pathway between the upper and lower chambers of the heart that causes  fast heartbeat.

Catania elaborated, “It is a very dangerous syndrome that causes an extra electrical pathway in the heart. It causes a rapid heartbeat, and can be life-threatening if left undiagnosed and untreated.”

Dolores continued, “So, if you experience palpitations or you feel like there’s something ‘off’ with your heart, please listen to your body and have yourself evaluated! After many years of my Paulie living with this, I’ve finally convinced him to take this to the next level. After working with Dr. Altman and having his procedure, his spirits are high and you can see there is a sign of relief.”

What are the symptoms of Wolff-Parkinson-White syndrome?

The WPW patients experience fast heartbeats and in most cases, they are not life-threatening but they can lead to serious heart problems. The most common symptom of Wolff-Parkinson-White syndrome is the rapid fluttering of the heartbeat. The heart rate beats more than 100 beats per minute. The signs and symptoms of WPW syndrome in infants include pale and faded skin, tiredness or irritability, gray or blue coloring to the skin, nails, and lips, rapid breathing, and poor eating.

How is Paul Connell feeling at the moment?

Paul told Page Six that Dolores is helping him to heal and recover post his surgery. He stated that he feels grateful to have found a solution to his problem. Connell said, “I’m definitely feeling a lot better this week than I was last week.”

The Eco Electrical Services CEO further added, “The last eight years of my life have been poorer quality than what they should have been because I stopped doing stuff in fear that it would impact my heart. There was a lot of anxiety. But Dolores pushed me to get this checked out. She took control and I was basically a passenger. Because of her, I’m really optimistic about the future.” 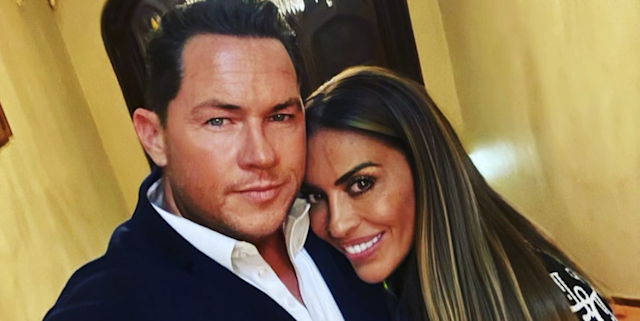 We wish Dolores Catania’s boyfriend Paul Connell a speedy recovery. You can drop your best wishes for Paul Connell in the comments section below. Don’t forget to stay tuned with us for the latest updates from the world of showbiz.