What are ‘Ghost Guns’ as Biden announces new measures to staunch this Weaponry?

A Centre for Disease Control and Prevention (CDC) data reveal that guns killed more than 45,000 people in America in 2020. Ghost Guns have become prominent whilst this madness, credit goes to the loose gun control laws. 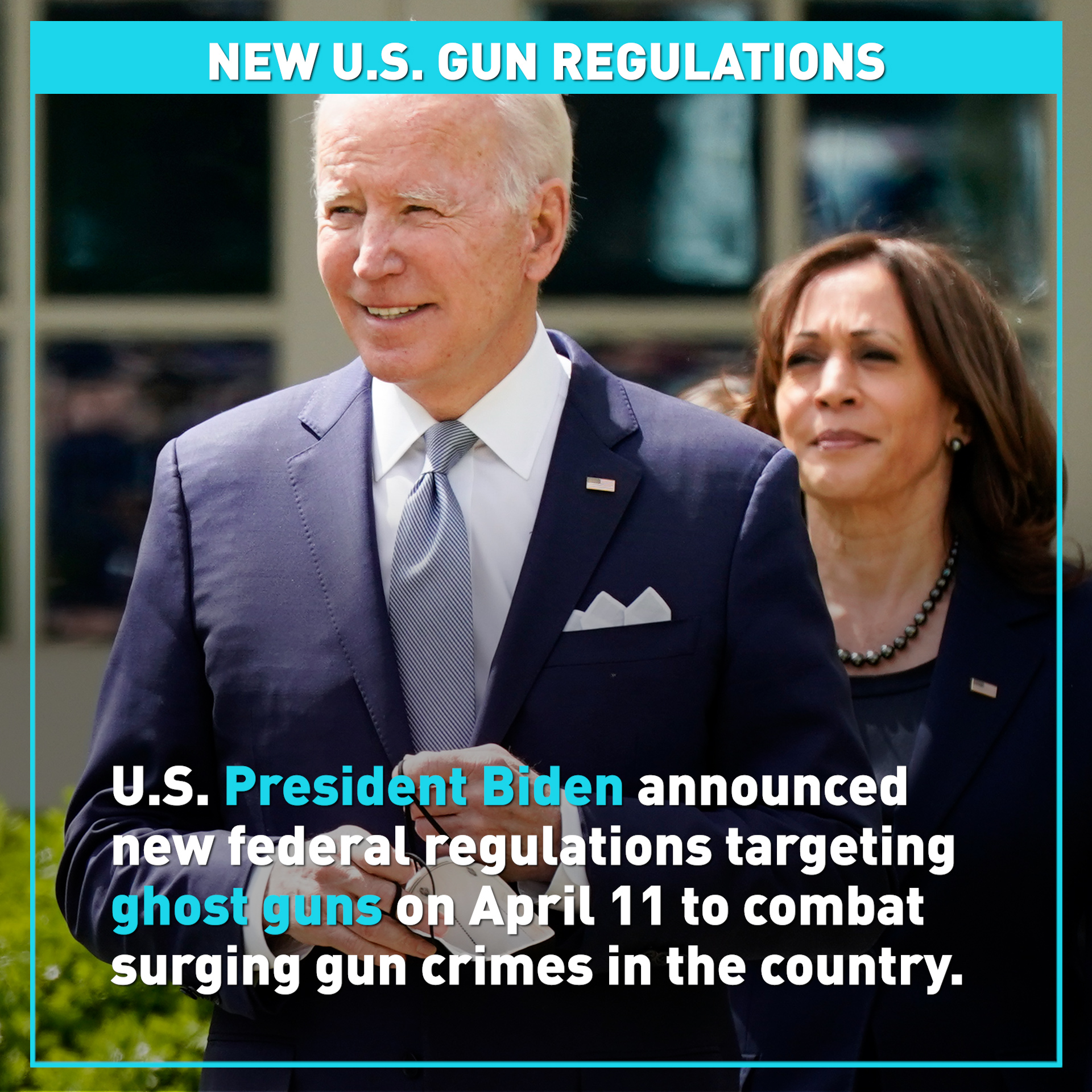 However, President Joe Biden’s administration has taken a step forward and issued new measures to put an end to these so-called Ghost Guns and staunch their circulations. Read on to know what exactly is a Ghost Gun”. Ghost Guns are not unique guns that come with special features. They are basically Privately Made Firearms (also known as “homemade firearms), which take barely one to two hours to build.

Ghost Gun is a term that is being increasingly used by gun-rights advocates and the firearm industry. Ghost guns are not even classified as guns because they do not come with a serial number. Therefore, the kits do not require a license or a background check. A study by

If you’re an American, you’d know that you can buy a ghost gun just like vegetables.  They are readily available online and have become a go-to solution for those barred from buying weapons – the reason is simple – considering their criminal records or age. Ghost Guns are also called “80 per cent guns”, and are sold as unfinished products. Basically, the end-user can assemble them on their own. A study conducted by Everytown for Gun Safety revealed that assembling an AR-15 rifle is a kid’s job.

The study revealed, “Building… doesn’t take too long. Within an hour or two, you should be breaking it in at the range.” AR-15 is the most used weapon and is often used in mass shootings. Surprisingly, it is not even expensive. A kit will cost you less than $400 dollars. There are several youtube tutorials to assemble these guns. 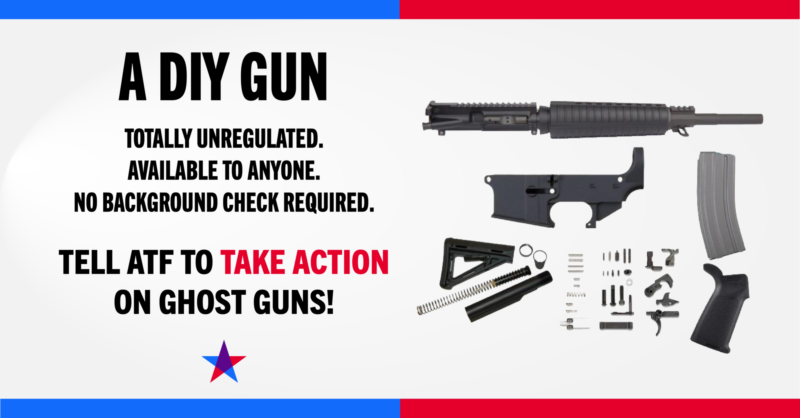 Making a Ghost Gun is an easy task. A person who has basic information about weaponry knows that it is very easy to make firearms from raw materials. Recently, a common method of making receivers is to produce them from plastic with a 3D printer.

The most common machine for completing 80% receivers is a CNC mill by Defense Distributed named Ghost Gunner. It is optimised for completing aluminium and steel unfinished receivers.

Ghost guns lack serial numbers which makes it nearly impossible to trace such weapons. There is no reliable data on the number of privately made firearms that are recovered in crimes. However, ATF has documented recoveries of such weaponry in 38 States along with DC, Virgin Islands and Puerto Rico.

Since 2016, an increasing number of ghost gun seizures have taken place and over 16,000 such firearms are entered NIBIN. However, this too is a vague figure. The Los Angeles Police Department Deputy Chief Kris Pitcher stated that in 2020, more than 800 ghost guns were recovered.

The Bureau of Alcohol, Tobacco, Firearms and Explosives revealed that two-thirds of such guns were seized in California. The legal director of the Giffords Law Center, Adam Skaggs stated“California is sort of the epicentre” of this epidemic. Authorities reveal that number of ghost guns has doubled between 2020 and 2021 as inferred by police reports.

What are the Gray areas?

The catch here is that these guns come without a serial number so you understand where the trouble gets bigger. Ghost Guns lack a commercial-applied serial number, rendering the weapon untraceable.

You may be aware that the home manufacture of firearms for personal use is not considered to fall under U.S. federal government’s authority to regulate interstate (as opposed to intrastate commerce).

This means that individuals who make their own firearms are not even subject to federal or state commercial background checks.

Although The Gun Control Act of 1968 bans those who are prohibited from owning a weapon, to produce, transfer or possessing such firearms, it is extremely easy to get hands-on Ghost Guns considering their untraceable nature.

Amongst dozens of crimes, the 2019 gun crime gained a lot of attention. A 49-year-old felon Aaron Luther was found in possession of an unregistered gun or a ghost gun. The California Highway Patrol officer Andre Moye, Jr. pulled his pickup truck for driving illegally and tried to impound the vehicle.

Luther pulled out a military-style semi-automatic rifle from his truck and heavily fired on that officer. Not just this, when other CHP officers arrived at the scene, he fired at least 100 more rounds before he was shot by the police.

Luther has already served 10 years in prison for second-degree murder and was banned from possessing a firearm legally. However, it didn’t restrict him from owning an illegal one. This is just one incident out of many that keep happening in the US.

From the “Rancho Tehama Reserve” incident to the California shootings, the involvement of ghost guns has been a common affair. However, the new measures by the Joe Biden Government have provided some hope to America. 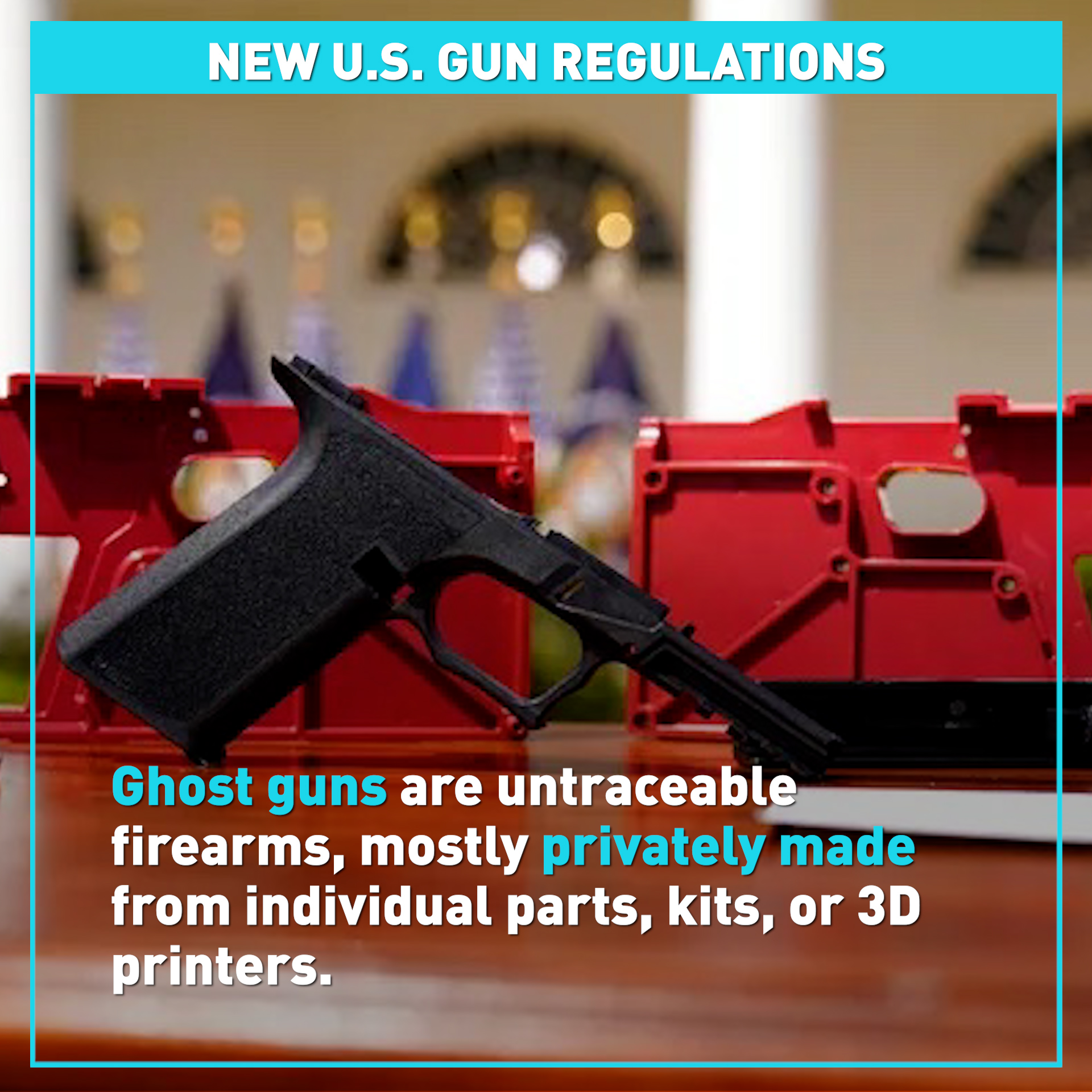 Tracking illegal firearms will become easier per The New Department of Justice rule. The rule is aimed at combatting gun violence and staunching the supply of ghost guns.

It targets manufacturers of the so-called “ghost guns” or privately made firearms lacking serial numbers. Here is how GhostGuns.com and other Twitter users are criticizing:

A guy who, MULTIPLE TIMES, said "AFT" instead of "ATF" during his speech today is regulating your firearms.

That's basically all you need to know about how absurd politics is.

According to FBI, #ghostguns represent less than 1% of the guns that are used in crime.

Biden pulling one of his cheap gimmicks – talking about ghost guns, to pretend he's trying to stop gun crimes. But, all his radical DA's are still releasing gun criminals and refusing to jail them, eliminating all deterrent and Biden says nothing! #ghostguns #guns

The measure has received support from gun control advocates as it requires ghost guns that are made from 3D printers or sold as assembly kits to be treated like other firearms in the United States. What are your thoughts about the new measure? Will it help curb gun violence?