Joe Biden The president actually fell off his bike in front of the crowd. He seems to be enjoying his riding these days. But sometimes things take an unexpected turn or we can say an ‘unexpected fall.’

And the headlines have spread like wildfire on the internet. It was actually a rather awkward fall, but President Biden is fortunately alright. However, if you’re wondering if Biden fell down while riding it, he didn’t. He was just standing there. 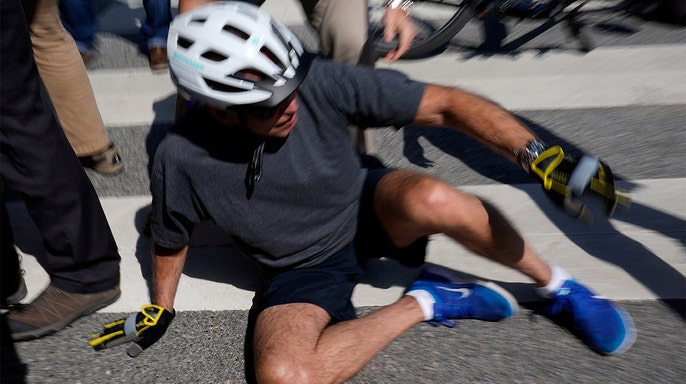 People are watching the footage over and over again, from every angle. But wait, we’re not giving everything away right now. Oh, yes, we will. But first, let’s go over it in more detail. And we have the video too.

How Did President Joe Biden Fell Off From The Bike? Here’s What We Know

Saturday morning, President Joe Biden took an unexpected side trip while riding his bicycle near his beach house in Delaware. The president was riding in a car with Dr. Jill Biden and others.

Fortunately, the bike was not in motion when it fell. Biden was riding casually and enjoying his ride when he noticed a crowd of reporters and ground to a standstill.

But when Biden tried to get off the bike, not exactly get off, but adjust it, his foot awkwardly got caught in the pedal and he fell off. 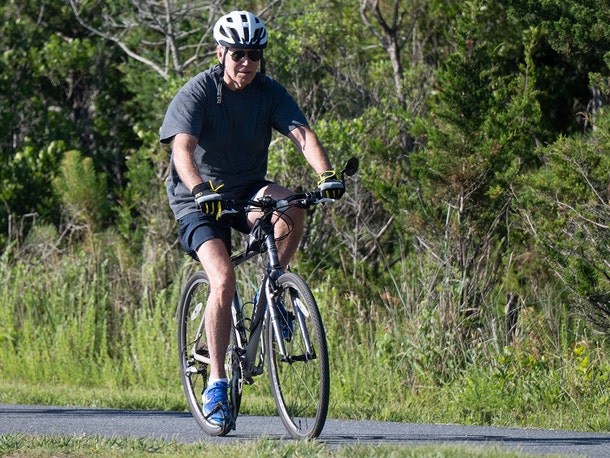 After falling off his bike, President Biden is assisted by Secret Service agents. Though there were cameras everywhere, everyone captured this moment, and then there are social media. If you haven’t watched the video, check it out below.

When asked if he was okay after getting up, Biden replied, “I’m okay.” He’s always confident, and even a hard fall didn’t sidetrack him. And replied with a cheerful personality.

According to the White House pool report, there were no noticeable scratches or bruises from the fall. When asked what caused the fall, Biden stated that the “toe cages” on his bike became captured.

A White House official stated something about Biden’s fall. “The President said, his foot got caught on the pedal while dismounting and he is fine. No medical attention is needed. The President looks forward to spending the rest of the day with his family.” 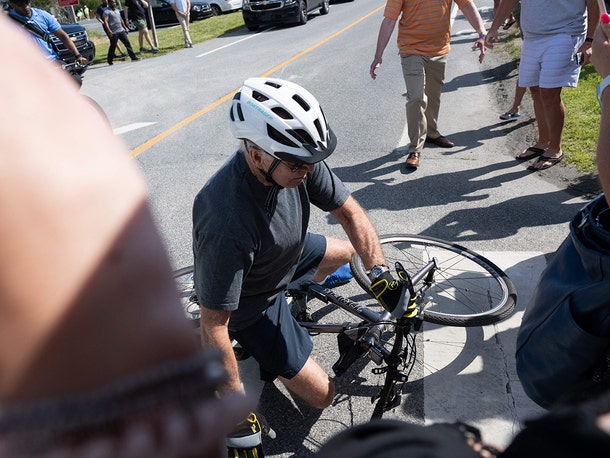 The Personality Continued To Talk To People After The Fall

Following the fall, Biden spoke with a kid who was waiting for him. The child inquired as to what it was like to rule the country. Biden joked, “Oh it’s like any other job. Some parts are hard.”

Later, in his upbeat personality, he conversed with others. And even talked about some political things with the reporters and answered some questions. Later, he waved goodbye to everyone and was on his path. 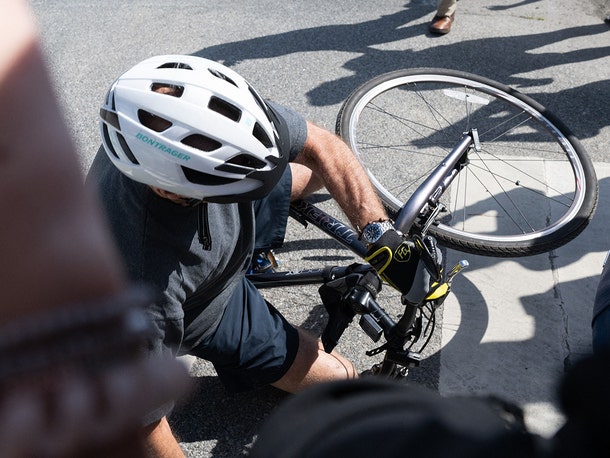 Everyone Talked About The Video On Social Media

Obviously, the video went viral, and everyone shared it on the internet, giving their reactions and making statements.

I think I’ve watched this 100 times and it gets funnier every time. You can’t fall off your bike as the President, you just can’t. https://t.co/NQrrZawz3e

From this angle, the fall looks hard.

Here’s footage I took of President @JoeBiden falling over on his bike this morning in Rehoboth. pic.twitter.com/hCt1af0pFU

Hope @joebiden is ok. Nasty fall off his bike.

Everyone’s watching the clips on repeat.

I've watched Joe Biden fall of a bike 73 times already and it gets funnier each time.

joe biden didn’t fall off his bicycle. he stayed on it even as the bike fell. and that’s leadership.

What do you think of this video? You are welcome to leave your thoughts in the comments section below.