At the moment, the internet is drooling over a castle’s long-haired lancer. Not long ago, a video of the hunky knight went viral on the video-sharing platform TikTok after social media users compared him to a Disney prince.

Continue reading further to learn more about the hunky knight who went viral on the video hosting service TikTok. Who is the hunky knight who went viral on TikTok?

For those of you who are unaware, let us tell you, recently, a clip of the hunky man named Will Arnold went viral on the internet, and people cannot stop swooning over him. Will Arnold is the star attraction in the Wars of the Roses jousting re-enactments at Warwick Castle. Let us share with you the castle is a popular Sun Superdays destination for families.

As of now, Will is 33 years old. He is based in Birmingham. He is a keen horse-rider and athlete and he plays the role of Sir Edward in the live jousting shows. At the moment, he works for Knights of Middle England. The moms have been gushing over him on various social media platforms as well. Since the time, Will’s video has gone viral on the social media platform TikTok, people can’t stop talking about the handsome hunk. He has been receiving saucy messages online while his video has been viewed more than a million times now.

How did the netizens react to Will Arnold’s TikTok video?

One user wrote, “he can ride a horse with no hands, my husband can’t even cook a chicken”. Another user went on to say, “never in my life have I been so jealous of a horse.”

Followed by a user who penned, “The perfect Hybrid between Jason Momoa and Chris Hemsworth. God exists.” A user further added, “So I’m guessing all my single mothers are taking our children to Warwick castle then for ‘educational purposes.'”

Another user joked about driving eight hours to see the show and wrote, “It’s only an eight hour drive. I will be there by morning.” A user added, “Ooh, he is like the missing Hemsworth brother.”

What did Will have to say about the sudden spotlight on him?

During a media interaction, Will stated that he is flattered by all the attention coming his way and said, “It’s come as a huge surprise to me. I’ve never had this sort of attention before. I’ve just been focusing on doing my job and putting on the best show that we can do. But I knew something was up when I started getting loads of messages from women out of the blue.”

He further added, “My mum thinks it’s hilarious and she’s telling all her friends. My job is very physical. I try to eat correctly and I work out. I’m training for the London Marathon. I have to be in the best shape so I can give my best for the team.” 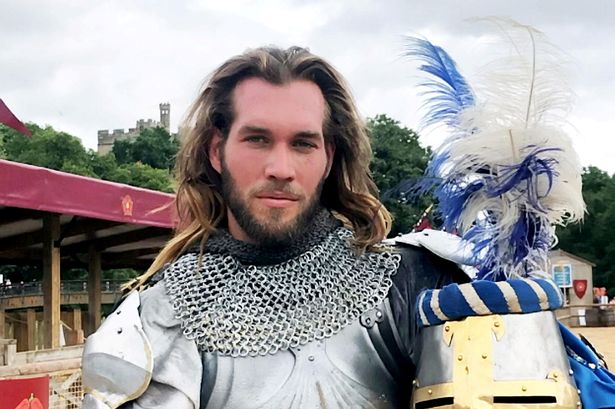 What are your thoughts on the hunky knight? Kindly let us know your thoughts in the comments section below. Don’t forget to stay tuned with us for the latest updates