Arcanine, I choose you! Looks like these were the recent words of a dog groomer as he literally turned his poodle dog into the iconic Pokemon. TikTok user @gabrielfeitosagrooming posted a video on the platform in which he transformed his dog into Arcanine.

In the now-viral video, the adorable poodle looks very similar to a real-life Arcanine. Gabriel, an internationally famous dog groomer, transformed his poodle named Edea into Arcanine via ‘creative grooming.’ 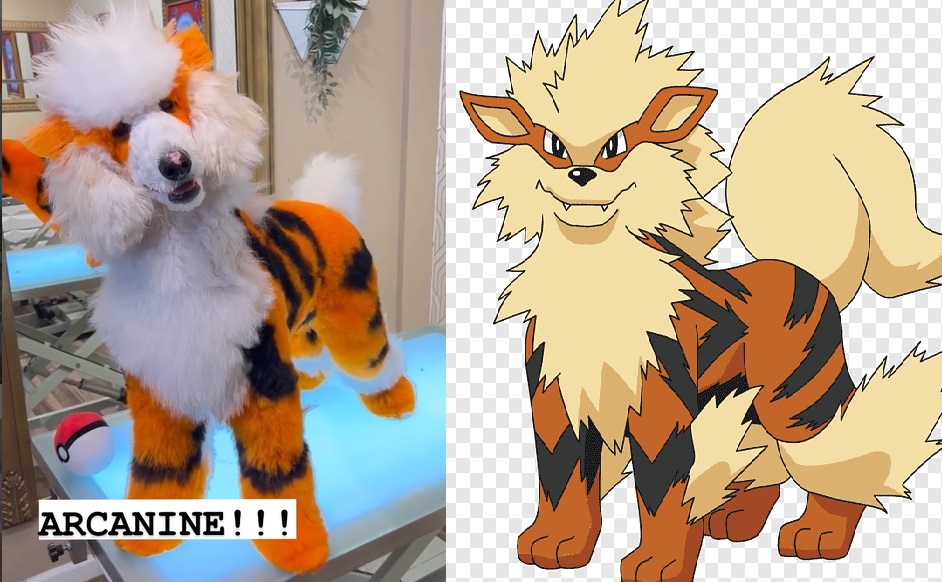 In the viral TikTok video, Gabriel pretended to use a ‘fire stone’ to turn his eight month old puppy, Edea, into Arcanine. The video has already garnered more than 1.5 million views. Edea was seen rocking the bright orange color with black stripes that made it look so much like the Pokemon.

Later, the user posted another video in which he had taken Edea to the park. The dog played there with other dogs and children in the ‘Arcanine get-up’. Gabriel hoped this would prove that creative grooming does not hurt a dog’s socialization.

He captioned the second video, “Edea’s day on the park was like #pokemongo irl ! She made a lot of friends including @sheinas.art two daughters that were the sweetest girls and very nice to Edea. Hope this shows that creative grooming does not hurt a dog socialization. #doggroomer #standardpoodle #creativegrooming #cutedog #dogpark”

Fans and followers were impressed by the dog’s transformation and praised the groomer in their comments. A fan commented, “Bro, I feel like you’re making dreams come true giving the world real-life Pokémon. Got to catch them all,” while another one wrote, “That. Is. Amazing. Well done. This is my favourite creative groom.”

Another user joked, “idk man, I’d be afraid of people picking fights with you. especially water based opponents.” 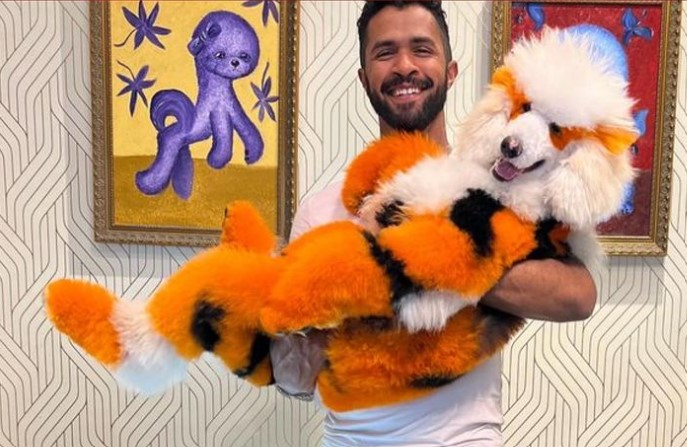 Gabriel uses creative grooming techniques, a process in which a dog has its fur dyed using non-toxic products, to transform his dog into Pokemon. He had earlier also made his dog look like Pikachu.

The TikTok user is famous for his technique and has been featured in many news stories and articles. Grooming has also made its way into the Pokemon franchise. In the game Pokemon X and Y, players could pamper their Pokemon with a wash and brush, and also change the grooming of Furfrou, a poodle-like Pokemon.

Pokemon Go also introduced Furfrou to the game recently, in which it can be groomed differently based on different regions.

The Groomer had Earlier Turned his Dog into Growlithe 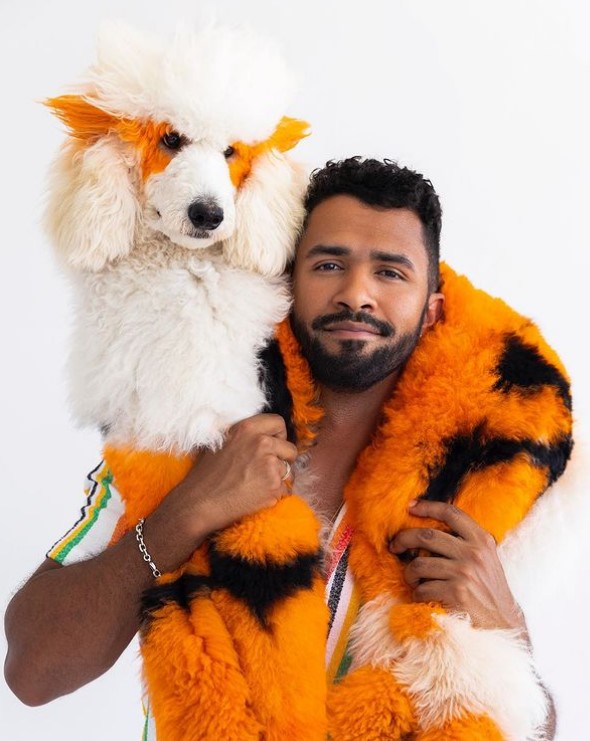 Gabriel had earlier also attempted to transform his dog into Growlithe, the Pokemon which evolves into Arcanine. He mentioned that he used vegan and non-toxic dyes to color his dog.

Sharing the video of its transformation on his Instagram account, the creative groomer had captioned, “This design has a very special place in my heart ❤️. Thank you so much all of you for an incredible year, and immense support I have received through the hardships and victories. Who’s ready for 2022 the year of the Tiger? I sure am!”

What are your thoughts about this adorable real-life Arcanine? Let us know in the comments section.