Twenty One Pilots frontman Tyler Joseph slipped over a drumstick in the middle of a performance on Tuesday, August 30. The singer ended up hurting his ankle and knee due to the fall, which was captured on camera.

The incident happened during the duo’s concert in Cleveland after drummer Josh Dun dropped a stick and kept it that way, thinking it would not cause any issue. But he was eventually proven wrong. Read on to know more about the incident, and watch the video. 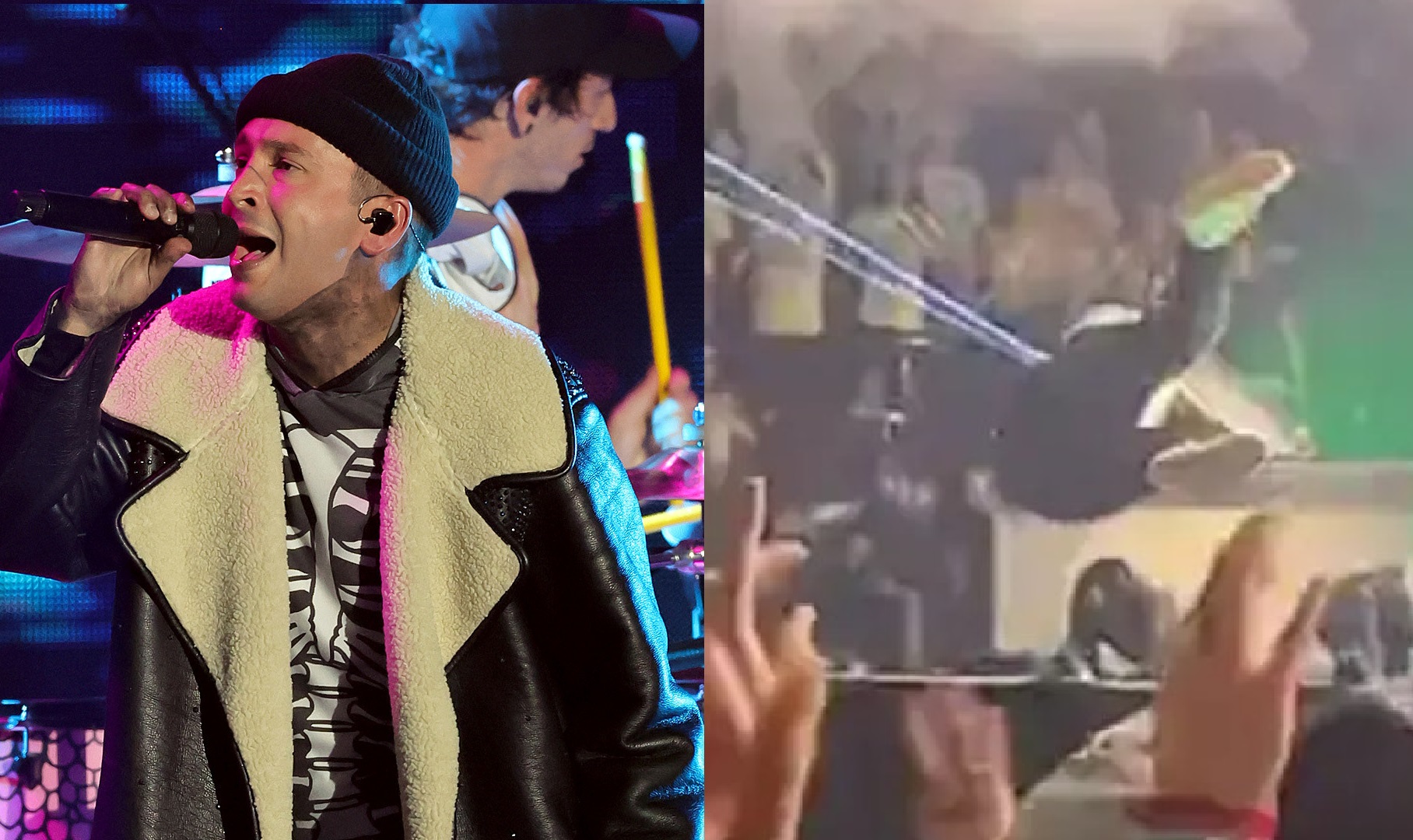 Joseph was running across the stage when he slipped over the drumstick and had a messy fall. The musical duo then shared an update on their Twitter, posting a video in which Dun confirmed that he had dropped a stick over which the 33 year old frontman stumbled, hurting his knee and ankle.

“I don’t do this very often – it happens every once in a while – I dropped a stick. And I thought, ‘Surely, it’s right there, it should be fine,” Dun, 34, tells fans in the clip, adding, “Two songs later, Tyler found the stick… with his foot. [He] twists his ankle and goes down and slices his knee open.”

He continued, “And so I really hurt my best friend tonight, and I feel terrible. So I’m going to buy you dinner or something!” Fortunately, the injury does not seem very serious, as Joseph was seen in the video resting on a sofa and even making the peace sign with his hands by the end.

The two then also shared a photo on Twitter, which featured Joseph lying on the same sofa with icepacks over his right ankle and left knee. He also had a cut on his left arm. Meanwhile, Josh sits beside him with a guilty expression.

Fans on Twitter wished Joseph a speedy recovery and also praised the duo for carrying on with the concert after the incident. A user tweeted, “The way you kept going even after you fell took a lot. Please make sure you recover and don’t push yourself @tylerrjoseph we know you have a lot of shows coming up, but your health and safety is more important to us.” 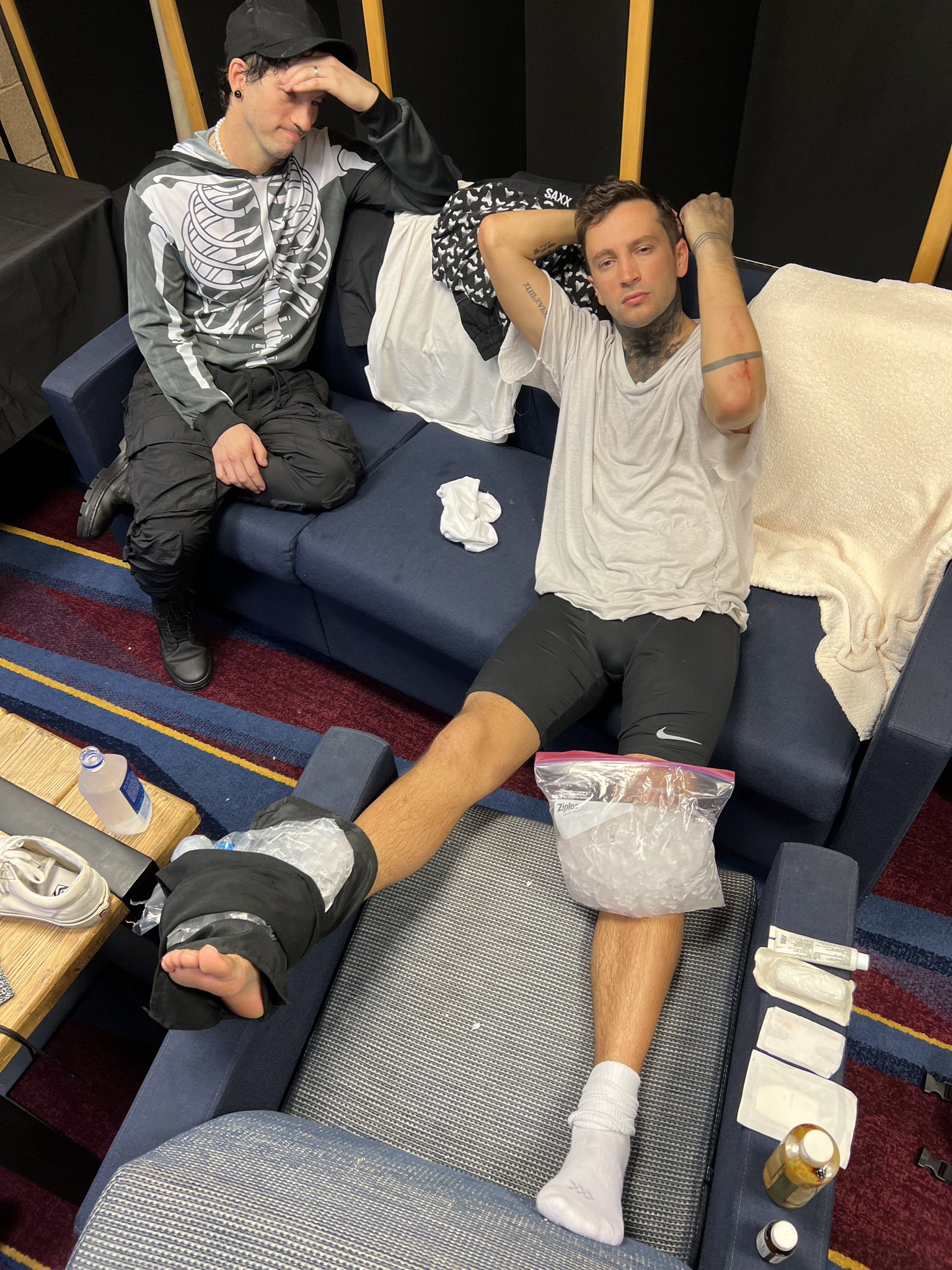 A fan also one tried to cheer Josh up by saying, “Accidents happen Josh, hope you don’t feel too guilty about this. You’re an awesome best friend anyone would love to have. Hope you both feel better for the next show!”

Twenty One Pilots are Currently on their Icy Tour

The Cleveland concert was a part of the duo’s North American Icy Tour in the US. After touring across Europe and UK over the summer, Twenty One Pilots kicked off their US and Canada tour on August 18 in Minnesota. The 23-date tour will cover New York, Montreal, Toronto, Philadelphia, Nashville and Dallas, among other cities. 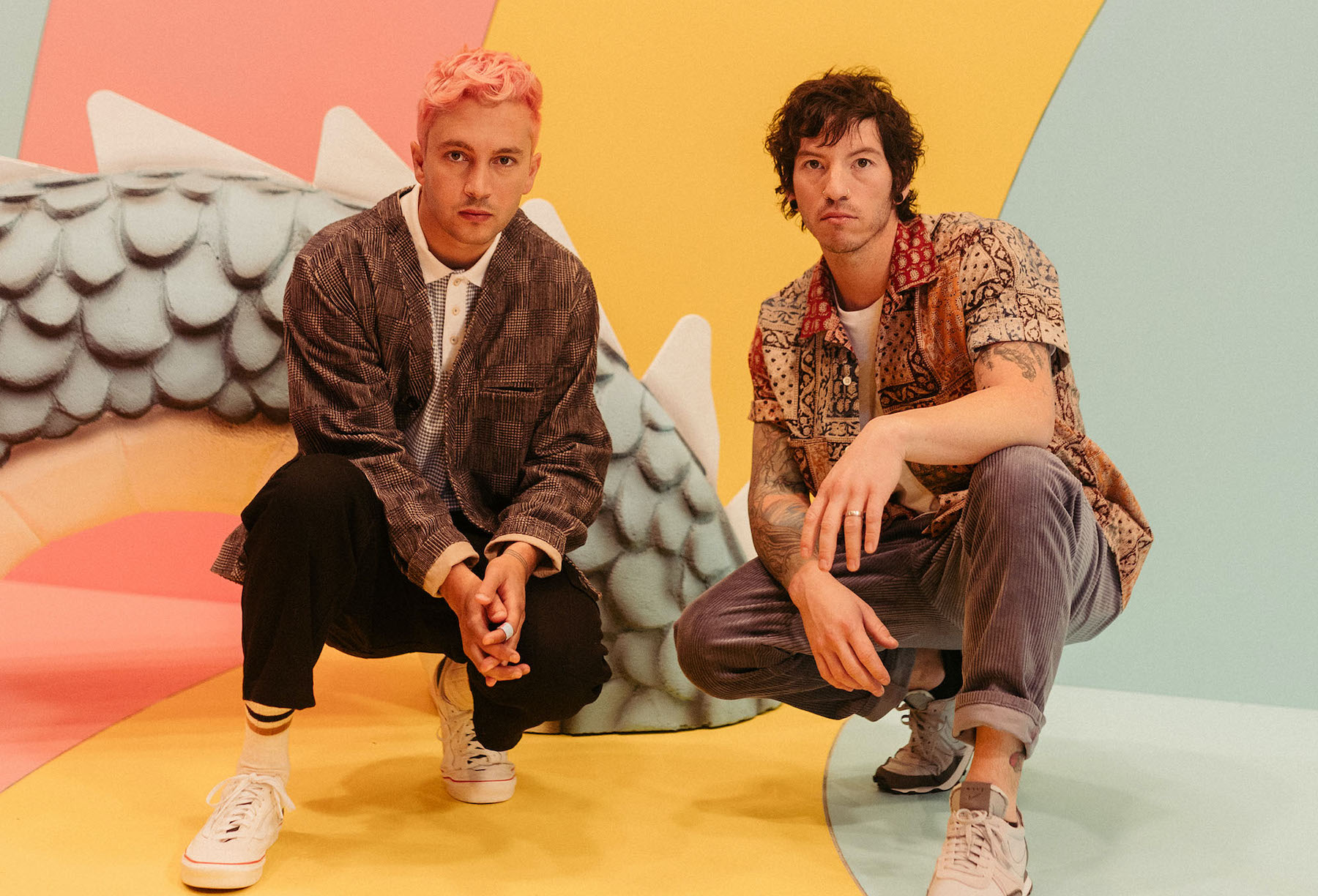 The duo will conclude their tour with their concert in Seattle on September 24. Despite the injury, Joseph will continue with the tour and will perform in Pittsburgh, Pennsylvania, on August 31.