Houston will never look upon its native Travis Scott in the same way as it did before what took place at Astroworld Festival last year. Even though many families still continue to live with the wounds of those whom they lost, the 31-year-old rapper has managed to “privately” settle a lawsuit with the family of Axel Acosta, a young victim of the mass crowd crush at Astroworld. A Settlement For Axel Acosta’s Death… Travis Scott, 31 along with Live Nation has ‘privately’ settled a lawsuit with the family of 21-year-old deceased Axel Acosta, who became a victim of the mass crowd crush that claimed the lives of 10 people at Travis Scott’s 2021 Astroworld concert.

Without disclosing the terms of the settlement, lawyer Tony Buzbee revealed on Instagram: “The Buzbee Law Firm announced today that the claims brought by the family of Axel Acosta against Travis Scott, Live Nation, and others involved in the Astroworld tragedy have settled.

Tony informed that the terms of the settlement remain confidential and concluded, “Victim Axel Acosta was a beloved son, brother, and student. He was kind and loving. He is greatly missed. Please keep his family in your prayers.'” 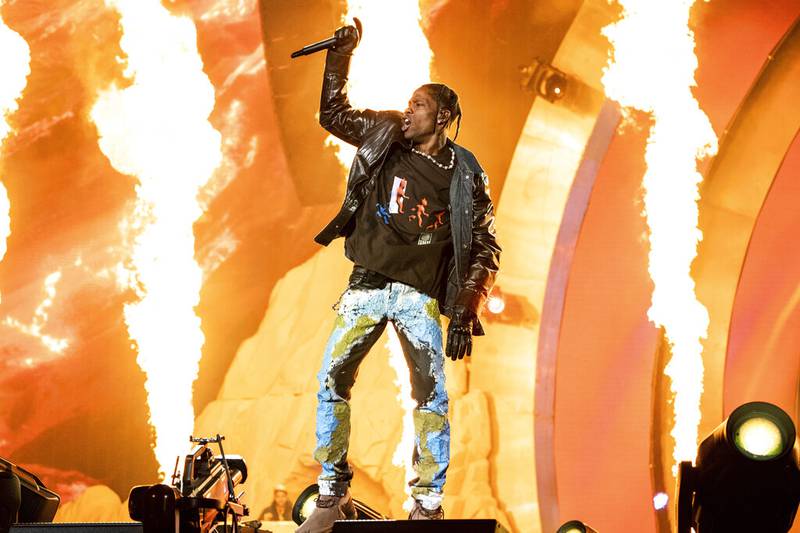 Per the lawsuit, Axel’s family alleged that the fans had gone to Sctoo’s concert only for fun and they were never warned that their loved ones would be walking into a “dangerous situation”. In the lawsuit, the family also alleged Travis of having a history of inciting violence through his lyrics and encouraging fans to rush and breach security. Well, during the Atroworld Festival, Travis did continue his concert and asked the fans to go “wild” amid the chaos.

While this lawsuit may have been settled, the “Antidote” singer still faces a series of lawsuits regarding the incident, which left thousands injured and claimed the lives of 10 people. It has been reported that Travis did not personally attend to the family of the 21-year-old victim during the settlement.

What Happened At Astroworld? Travis Scott’s 2021 Astroworld concert turned into a nightmare after 10 people died following a mass crowd crush. Travis, who was performing at his native place on November 5, 2021, continued to perform amid the chaos and encouraged fans to go wild.

The hospital ruled out that accidental ‘compressive asphyxiation’ was the cause of death of all ten people with one of the ten affected by an overdose of a combination of drugs and alcohol. Around 25 people were hospitalised while more than 300 people were treated for injuries.

At the time, many concertgoers even documented the incident and shared photos and videos from the tragedy on various social media platforms. In the video footage of the incident, Scott continued to perform despite chants from the crowd pleading for him to stop.

It was reported that the rapper encouraged people to “get wild” and “crazy”. Victims who were killed ranged from 9 to 27 years. In the aftermath of the incident, news outlets highlighted Scott’s history of dangerous disregard for audience safety. Travis Scott is the founder of the Astroworld Festival and was blamed for these deaths.

At that time, Houston Fire Chief Sam Pena told the reporters, “It all began around 9:30 pm when the crowd began to compress toward the front of the stage.” Then, Scott continued to perform and in the middle of his performance, he screamed, “Somebody passed out right here.” More than 500 lawsuits were filed after the deadly concert in November 2021, and this is just one of them. Well, this isn’t the first time Travis is surrounded by such claims. At Lollapalooza in 2015, Scott was charged with disorderly conduct after inciting fans to ignore security and rush the stage. He was again arrested for similar conduct during a 2015 concert in Arkansas, for inciting a riot and endangering the welfare of a minor. As for Astroworld, Travis could have controlled the crowd rather than inciting them.