TikTok couple Lexi and Hayden may have gone unnoticed previously, but fans are taking a lot of interest in this TikTok couple. While their unique lifestyle has certainly interested their 136,000 TikTok followers, the duo is being slammed for a Reddit “snark page”. The couple is being shot down for the numerous lies they’ve told in their video. Also, read on to learn all about this ongoing drama between Lexi and Hayden’s cousin, Haley Wertman. Lexi And Hayden’s Cousin Mess It Up…

Mostly known for their unique lifestyle, Lexi and Hayden, especially Lexi amassed hate on TikTok after she lied about Hayden’s cousin @haleywertman21. Not only this, but it has come out that Lexi was the one who physically assaulted Haley. Moreover, she is being slammed for her lies.

In a TikTok video, Lexi claimed that she and Hayden were kicked out of the home they were living in by Hayden’s cousin Haley. However, Haley left comments about Lexi under a “snark video”, narrating her side of the story.

Lexi, on the other hand, claimed that Haley “ruined her life”. After she confronted Lexi about the issue, the duo got into a physical fight, but again, from the video, it seems like Lexi was the initial aggressor.

Now if you ask me, Lexi has misinformed her fans about her upbringing more than once to get free goodies. The couple “reside in a pig stable durable, the girl regularly begs, and people she abused in junior high school have come forth to report her”. 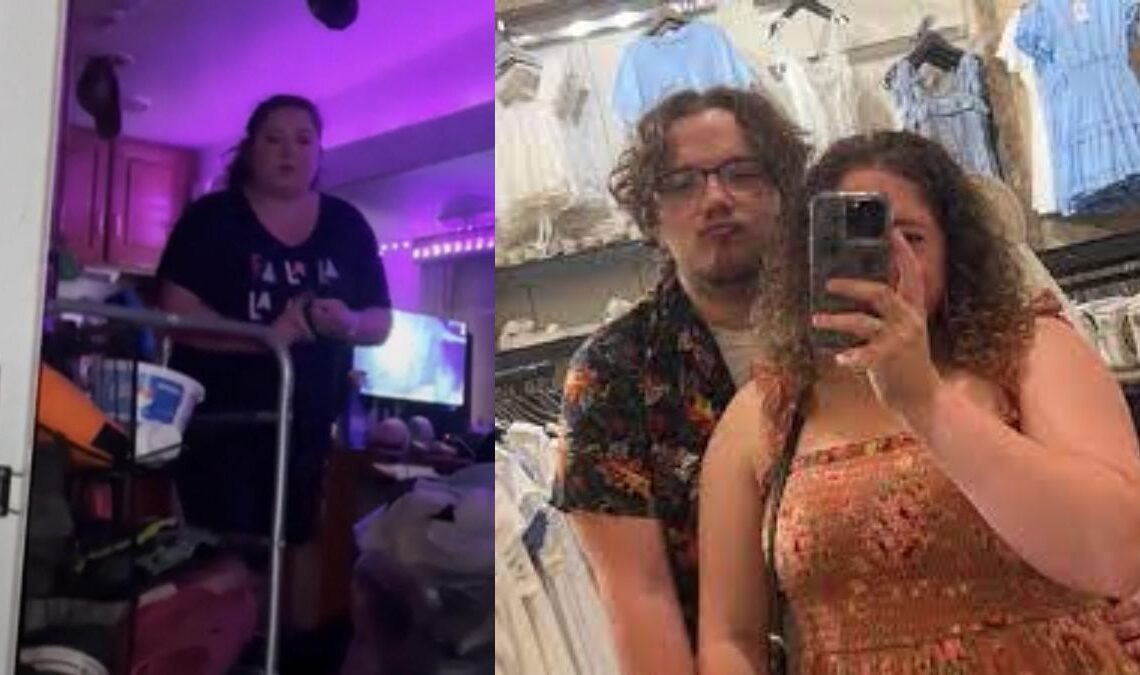 Lexi and Hayden are pretty famous on TikTok for their unique lifestyle. They previously explained to their fans that both of them work the night shift. Hayden goes off to work until 5 a.m. while Lexi works until 7 a.m. The couple also shares a dog named Alex. Lexi enjoys singing while Hayden is a game. The couple lives in a camper in Oklahoma.

Previously, Lexi was also caught lying about her financial troubles after fans saw her wearing an Apple watch. Not only this, but the couple also bought a $200 gaming monitor. Now, fans have gotten furious and flooded comments slamming the duo.

In one comment, a person expressed that “Lexi is disliked because her stories often don’t line up and she begs, saying they can’t afford groceries or laundry, but then goes out and buys a $200 gaming monitor.”

In another post, a Reddit user revealed that she was wearing a watch despite citing her financial trouble. Another user revealed that Lexi lied about cleaning the camper. He wrote, “They leave rotting food in their fridge, they leave raw meat on their stove. They just don’t clean, don’t pick up after each other yet she claims she’s a ‘housewife’ all because she makes him a pb&j for lunch”

Another person wrote, “It’s just a bunch of weird, small lies. That makes one wonder, ‘What is the point of that? Why lie?’ For example, She once claimed she’s an only child, and grandchild, and has no cousins. Then says she has one cousin. It’s just weird.”

To add more to this drama, Haley came forward and wrote: “In case you guys want some tea. I got assaulted tonight by Lexi for confronting her!” Lexi and Hayden haven’t responded to the accusations yet. Social media can be a really troubling place, one day you’re a star, and another day you get slammed for creating that version of yourself, isn’t it?