Most of the time, celebrities end up becoming the victims of social media abuse, and sometimes, it crosses all limits. Well, that was the case with Natalia Dyer TikTok after TikTok beautician Miranda Wilson posted a video about the type of work she thinks the actress should get done to her face. As fans slammed this toxic video, Miranda issued an apology to the Stranger Things star. A Rude And Toxic TikTok Video… Natalia Dyer, who plays Nancy Wheeler in “Stranger Things”, is beautiful in so many ways. However, she became a victim of a “toxic and rude” video posted by a TikTok beautician, Miranda Wilson, who has now apologised for what she did. Fans were furious about the remarks and called out the influencer. At the end of her video, she showed a photoshopped face of Natalia to reveal a before-after look. However, fans couldn’t take it against their favourite star and become furious with Miranda’s remarks. They described the video as “rude” and “toxic”. Fans said the actress is beautiful and does not need to have any work done on her.

An Apology After The Backlash…

i could never be a celebrity because if someone made a video like this about me i would get violent pic.twitter.com/4mgNbZcwHb

Natalia Dyer was supported by many fans, who tweeted: “NATALIA. DIDN’T. ASK!!”. One fan wrote: “OMG Natalia’s face is PERFECTION as it is.” All of the things she wanted to ‘fix’ a.k.a ruin are what gives her face character. PLEASE NATALIA DON’T LISTEN TO THEM YOU’RE SO SO SO PRETTY,” tweeted another fan.

Another critic shared, “I can’t imagine looking at a beautiful face like that and thinking ‘how can I make that more generic,’” while someone else posted the original video and noted, “I could never be a celebrity because if someone made a video like this about me I would get violent.”

Following the massive backlash, the aesthetic nurse apologized for a viral video in which she suggested “Stranger Things” star Natalia Dyer needed facial cosmetic work. “I just wanted to come on here and basically clear the air,” Miranda, the “certified aesthetic nurse practitioner injector” who was under fire for her comments, said on a different TikTok Monday (July 25). 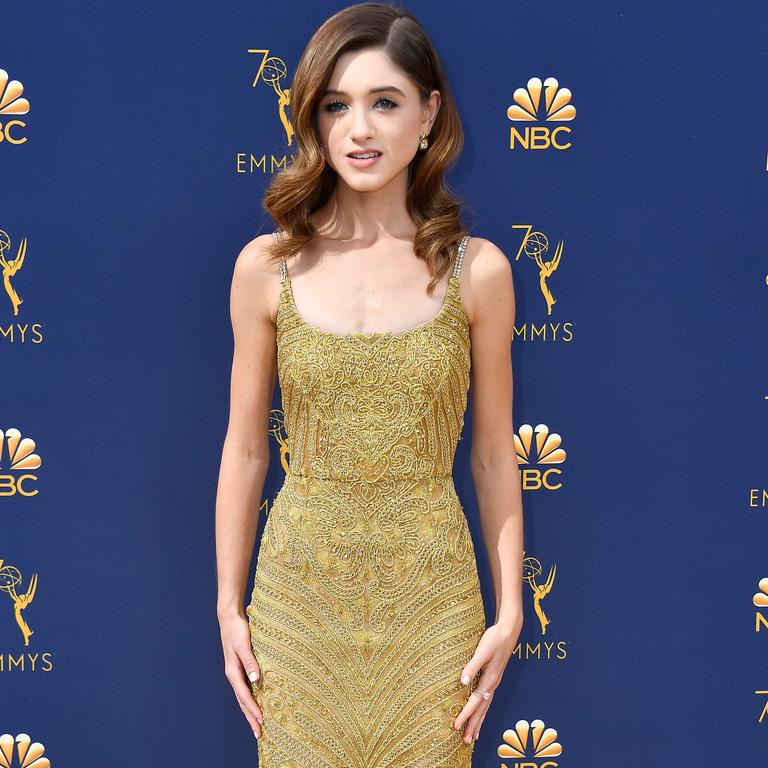 She added that she did not mean to offend anyone, including Natalia, and claimed that the 27-year-old actress’ photo was just an example. She further deleted the video and shared an apology with a caption:

“hoping to clear the air that I was not suggesting that Natalia NEEDED any of that work it was just an example. Of course, Natalia is absolutely stunning the way she is…that’s why she’s so successful. Her photo was simply an example. I’m sorry if people took that as being mean or rude, that was not my intent at all.

In her defense, the TikTok beautician said she was not suggesting the actress “needed” any of the work. She further said how Natalia is stunning the way she is and that is why she is so successful, and the video was just an example. Furthermore, she claimed her job as “an advanced injector” is to “look at faces,” “assess” them and determined “the possibilities” of changes that can be made. Well, Natalia barely cares!