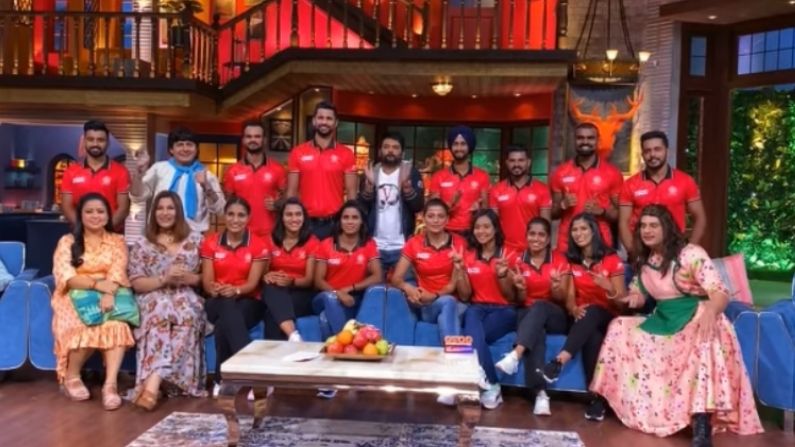 So all the hockey fans out there set your calendars accordingly such that you can go on with a laughter ride on TKSS with the Indian hockey team!

Archana Puran Singh confirmed the exciting news by taking to her Instagram handle on Wednesday where she shared a self-recorded video to reveal the appearance of the Indian Hockey team on The Kapil Sharma Show. 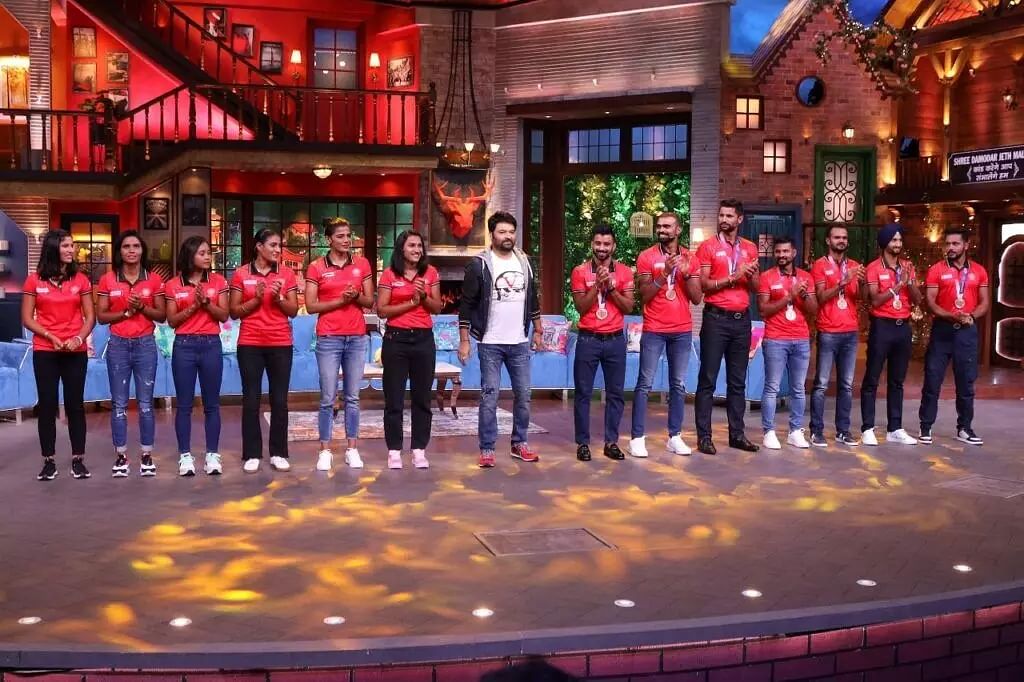 The Hockey team members will be seen sharing their experience both on-field and off-field as well as putting forward their feelings on representing India on an international platform.

Host of the show and comedian Kapil Sharma also shared his experience by heading to his Instagram handle. Check it out:

He tweeted, “So proud of you brother thank you so much for coming lots of love n best wishes always.”

Comedian Krushna Abhishek also shared his experience on his social media handle by sharing a post which he captioned as: “Every artist is always happy to perform on stage but today was a special day to perform in front of real-life heroes who made our nation proud. It made me feel so special to make them laugh and give them some light moments.”

Also, the legendary actors of Bollywood – Dharmendra and Shatrughan Sinha will be appearing as special guests of the comedy show on Sunday. Both the veteran actors will be seen having a good time on the show by recollecting their past memories and bonding.

While having a conversation with both the actors, Kapil Sharma asks Shatrughan Sinha to share about his first meeting with Dharmendra. 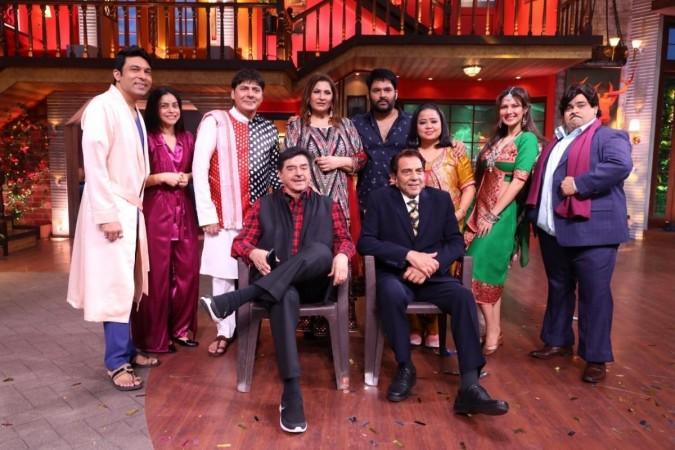 In response to that, Shatrughan Sinha said, “I first met Dharmendra Ji at a film institute where he had arrived to make a speech. The first thoughts that came to my mind at that time was that he is so handsome, has such flawless hair and a magnetic personality.”

“I chose to ask a question to him but didn’t know what to ask, so I ended up asking, ‘Dharam ji which oil do you apply in your hair?’ to which he answered, ‘I never apply any oil,'” he further said.

The new season of The Kapil Sharma Show which kick-started recently airs on Sony Entertainment Television every Saturday and Sunday, at 9:30 pm.