Some weird food indulgence onstage! The 1975 frontman Matty Healy was seen eating raw meat live during a performance. The singer was performing in NYC along with his band when at one point, he decided to devour a full slab of raw meat in front of the audience.

To add to the visuals, Healy did some sensuous moves before chewing on his dinner for the night. Meanwhile, the 33 year old’s mother, English actress Denise Welch was also in the audience watching him. Read on to know more about Healy’s meat act. 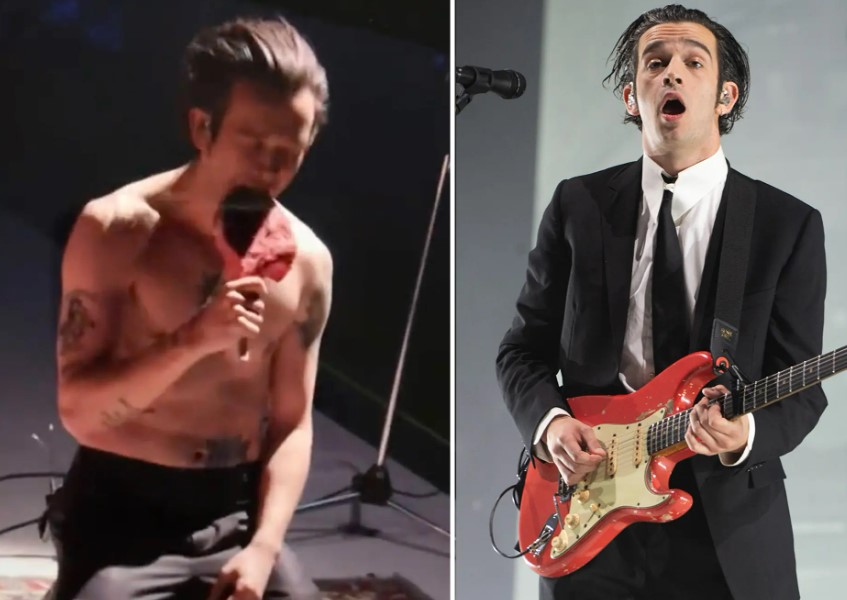 The meat wasn’t cooked at all, but Healy continued to chew and swallow it. The moment was also watched by the British band’s viewers on Twitch, who were getting a live broadcast of the concert. It is not yet clear which animal was butchered for Healy’s onstage meal; however, it did look like some kind of bone-in chop.

Healy’s mother, Denise Welch, was also present at the event and later tweeted a photo from outside the venue, writing, “Oh what a night!!” Meanwhile, the reason behind the singer’s meat-devouring act still remains unknown.

Fans Shocked by the Singer’s Move

The footage of Healy munching on raw meat is now going viral on social media, with many users expressing their disbelief over the move. “There is no way I could possibly explain to my 18-year-old self that I just watched Matty Healy grope himself onstage and eat a raw steak before crawling into a television,” wrote a user. 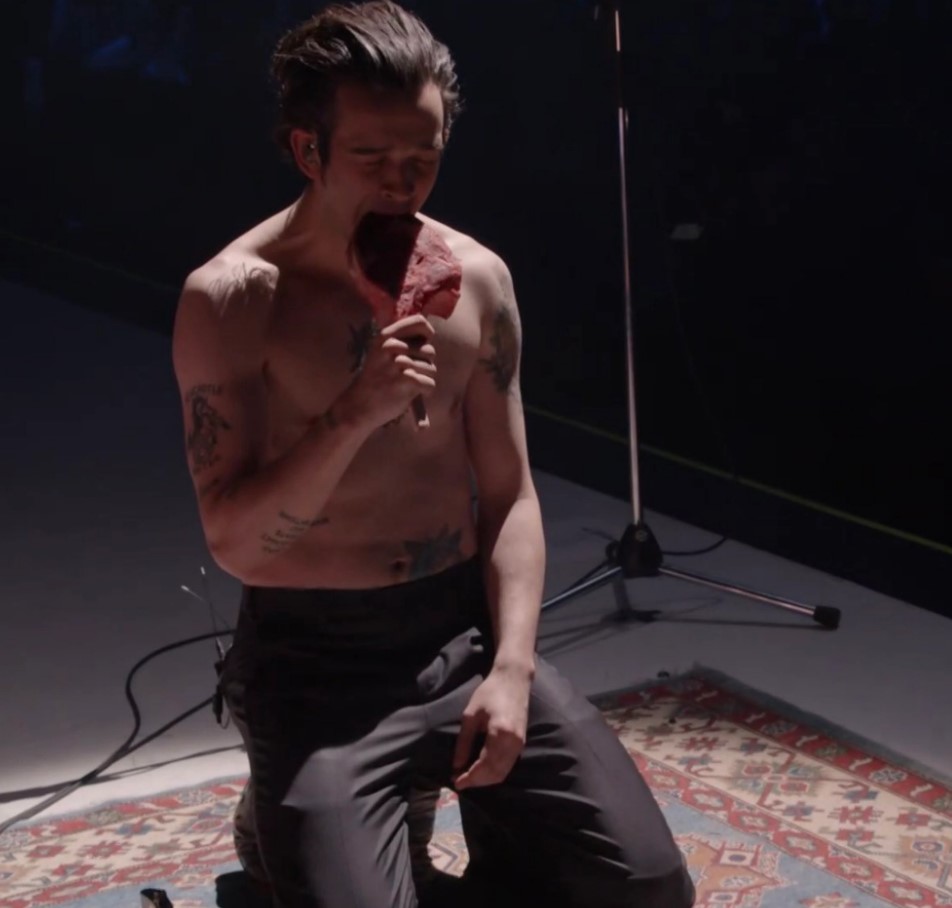 A fan tweeted, “imagine going to a 1975 concert not knowing much about them and then matt healy starts smoking a cigarette and touching himself, eating raw steak, and doing push-ups on stage.”

“Mom is coming to see The 1975 tomorrow and how do I explain to her that she might see Matt Healy touch himself on stage or consume raw meat which is a VERY different vibe than when she came to see ILIWYS with me,” wrote another one.

This isn’t the first time that Matty has made news for his unconventional acts during performances. Just last week, during another one of The 1975’s shows, the singer was seen smoking on a sofa when he started unbuttoning his shirt and almost touching his crotch.

rip to anyone going to this show with their parents pic.twitter.com/reQQ5tmaeC

Matty had become a topic of discussion at the time as well, with one fan tweeting, “rip to anyone going to this show with their parents,” to which even Denise Welch replied, “What about when you ARE the parent!!!” Another user joked, “i am very much enjoying waking up every day to see videos of what bizarre thing matty healy did on stage last night.”

What are your thoughts on Matty Healy’s weird act? Tell us in the comments section.