Streamer of the Year Award goes to Ludwig

Streamer of the Year Awards has concluded and the winner is none other than Ludwig Anders Ahgren. The 26-year-old Youtube streamer and podcaster is now the most distinguished streamer. And why not? He continues to push boundaries to provide endless entertainment to his fans across the globe.

After the year he’s had with setting up multiple tournaments, music video cameos, show hosting gigs, the illustrious 31-day extravaganza that was his Subathon and more, the esteemed Streamer of the Year award goes to @LudwigAhgren #TheStreamerAwards
presented by @coinbase pic.twitter.com/IHFUVI3xlg

Nominees for 2022 Streamer of the Year

The Awards were declared yesterday after weeks of tedious voting by Twitch viewers. FYI, results were based on a 70-30% split between popular vote and judge vote. This helped the event to become a popularity contest. Well, Ludwig finally won the Streamer of the Year Award after a close battle with other nominees.

Who is Ludwig Ahgren?

Ludwig became the most subscribed streamer on Twitch last year for his “subathon” event. He reached 283,066 subscribers at its peak, beating the previous record of Youtube streamer Ninja.

Lud grew up in Hollis, New Hampshire and attended Arizona State University with a dual degree in English Literature and Journalism & Mass Communication. The Call of Duty commentary channels like Hutch, SeaNanners and WoodysGamerTag is his first inspiration for starting a YouTube channel “TheZanySidekick”. Ludwig got into gaming after watching Smash Brothers and attending a tournament in New Hampshire. He became a regular competitor at esport events. Ludwig has his fair share of struggles before making a name for himself.

Stardom did not come easy. He worked at a Wine & Spirit Magazine and as a marketing lead at a cape company. Ludwig was fired from five jobs in Los Angeles. This was the time when he decided to dedicate his time and energy to streaming on Twitch. That’s it, his hobby turned into a profession. 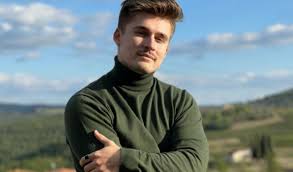 Ludwig is a serious streamer apart from being a fantastic gamer. Lud streamed “Super Smash Bros-based content to a relatively small audience between 2018-2019. He started getting increased viewership along with subscribers. He witnessed a tremendously growing viewership in 2019. Let’s have a look at his most recent achievements:

Here is how fans reacted to the 2022 Streamer of the Year Awards.

Streets are saying you were robbed

Lud has recently released some new content on his Youtube channel including “Trying not to laugh at TikTok with Karl Jacobs” and Ranking the Weirdest Products on Shark Tank”. It’s hilarious, in a good way. Do check them out.

Lud’s fans Fans are more than elated to see him win this prestigious title. However, some streamers like Shroud are shocked. He believes that xQc deserved the title. Are you a Ludwig fan? What do you think about the big win?