STPeach, one of the biggest names on the Twitch platform, has just been banned for accidentally revealing a part of her during one of her streams for a charity called Games for Love. 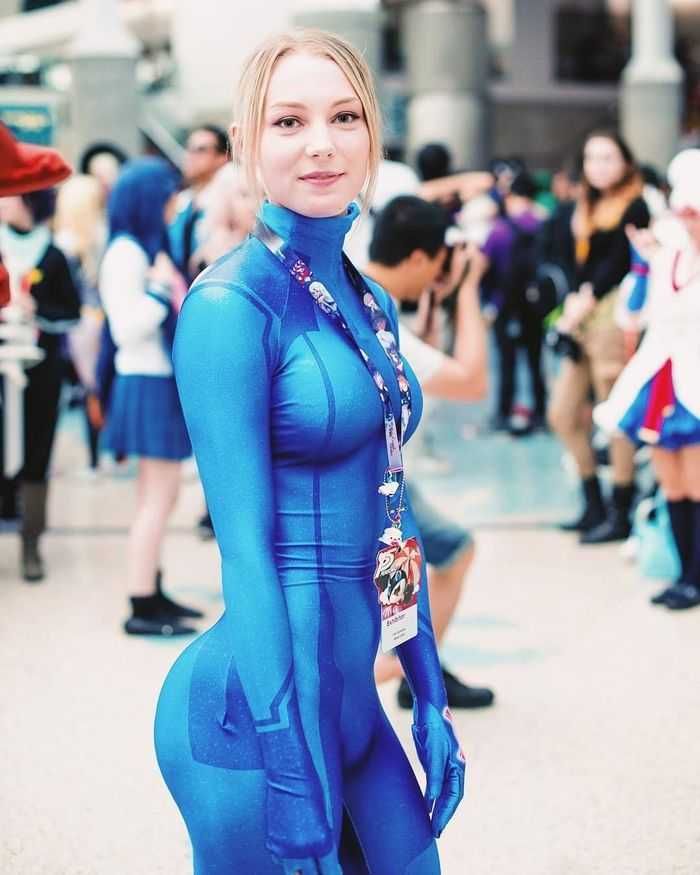 Always known for her amazing cosplays, seen here as Samus from the Metroid Series, STPeach is no stranger to cosplays.

Reason for STPeach’s Ban on Twitch

In the stream, which was for the charity called Games for Love, STPeach, her real name,

Seen here, while not STPeach herself, the Cammy cosplay can be seen as a green bodysuit that hugs the body of the wearer, as well as being paired up with a red army cap and red hand accessories. This is paired with red knee-high socks and enormous red heels.

Accidentally during the stream, STPeach reportedly turned to move a box behind her, putting her risque outfit on full display and thus the whole ban drama spurred onto the streamer.

STPeach Joking About the Ban.

Never the Debbie Downer, STPeach took to Twitter to express her feeling towards the whole situation and agreed to bring a whole hot tub for the next stream, remarking how hot tub streams are completely fine, while her small mishap causes an immediate ban.

Banned from twitch. Next time I’ll make sure to bring a hot tub out 🙃

“At least the kids still get the $10k ❤️” she continued in her tweet, revealing that she successfully raised money for the Games For Love organisation during her stream.

For the unversed, Games For Love is an organization that helps children with life-threatening conditions while also building a sustainable future for them.

Fans’ Reaction to STPeach being Banned on Twitch

A controversy like this always generates a discussion among fans and it is mostly heated but in this case majority of the people have taken the side of STPeach in the conversation about Twitch fumbling to keep its biggest names stable.

Lol? Amouranth keeps on racking up while a real cosplayer gets banned lmfao. Getting ridiculous at this point.

Some fans on Twitter have noticed the double standards that govern the ban system on Twitch. Calling Twitch out on their inconsistencies, one fan commented, Amouranth, another Twitch streamer who is infamous for selling her fart in a jar, is the one stacking up dollars while streamers like STPeach get banned for making a genuine mistake.

While some other fans are putting their mouths where their money is, calling out STPeach for her mistake and proving the point Twitch is trying to make with its ban policy.

Twitch is probably going to lift the ban in a week or two but that doesn’t mean that for every mishap that one streamer makes Twitch is going to slack them.

While undeterred by the recent ban, STPeach is continuing her passion for cosplaying as she posted this photo on Instagram, captioned #cosplay. Another day, another amazing cosplay by one of Twitch’s biggest names, STPeach. This cosplay is dedicated to the announcement of the Nier: Automata Anime Teaser Trailer which dropped at the beginning of the week.

Seems like the topic of Twitch streamers getting banned while other streamers taking advantage of the website and playing on the loopholes of the system is going to continue till Twitch makes itself a plain ground for everyone.

To check out more news on Twitch or Twitch streams and the multitude of controversies surrounding the platform and its users, go to The Teal Mango.