Actor Sidharth Malhotra sent his beautiful wishes to Kiara Advani on her birthday!

As Kiara Advani turned 29 today, his co-star from the upcoming film Shershaah, Sidharth Malhotra penned down a beautiful birthday note for his rumored girlfriend Kiara. He expressed to the actress that the film Shershaah’s journey has been incredible with her.

Sidharth shared a BTS picture of the two (Sidharth and Kiara) from the sets of the film ‘Shershaah’ as his Instagram story by writing a sweet birthday wish for the actress.

Here is how Sidharth Malhotra wished his rumored girlfriend Kiara Advani on her Special Day! 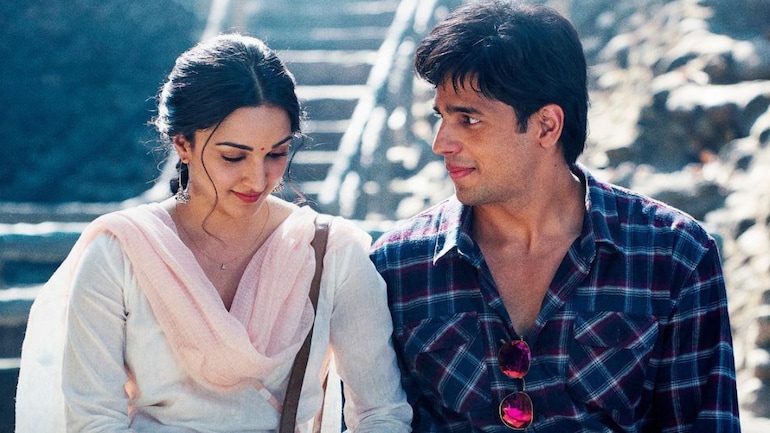 He wrote, “Happy birthday Ki. Shershaah’s journey with you has been incredible. Lots of memories from this one… Stay amazing, Big love #HappyBirthdayKiara”

After seeing this beautiful birthday wish from Sidharth, Kiara also took to her Instagram stories and responded by writing, “Thank you Captain.” 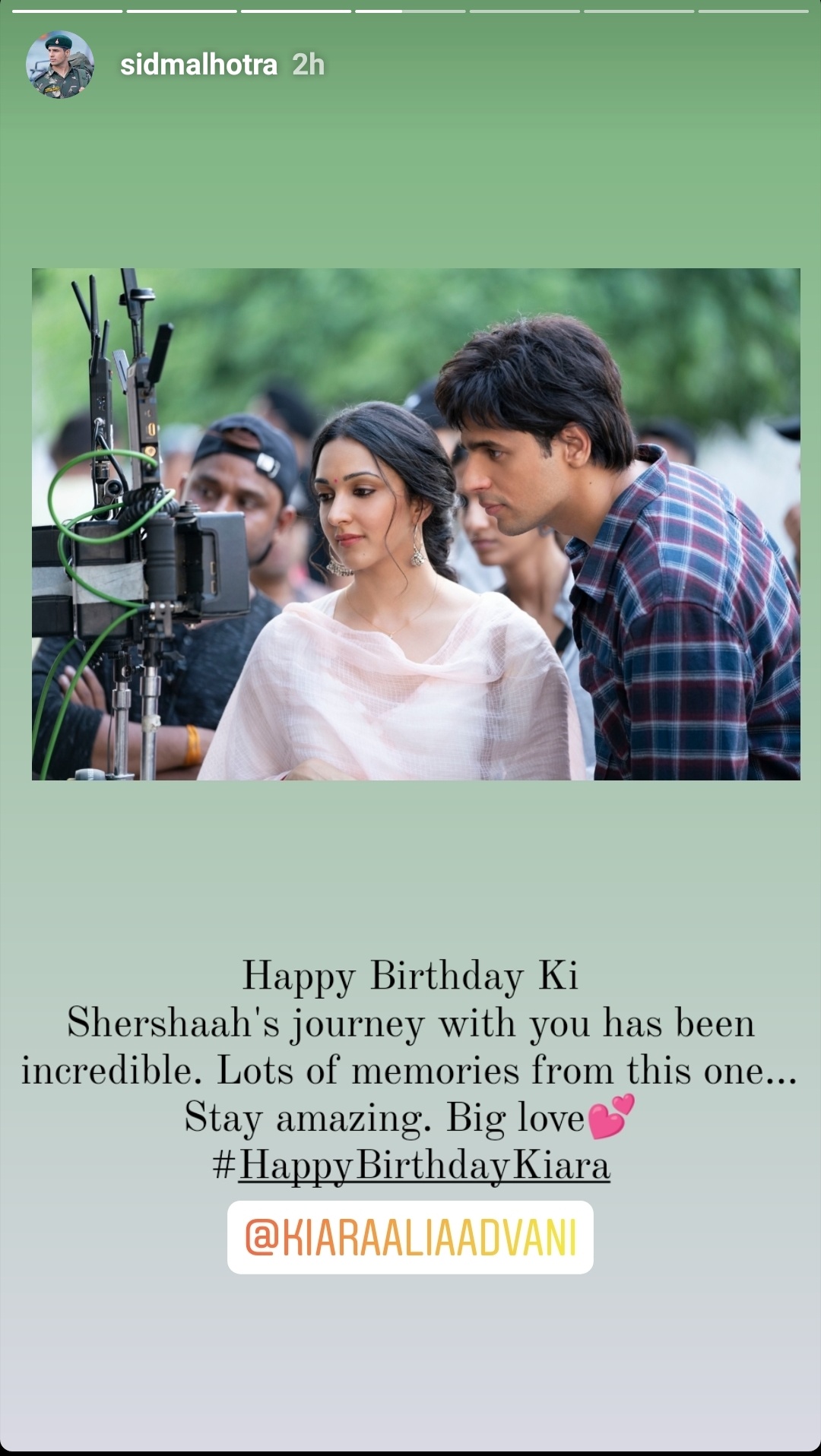 Earlier when Sidharth appeared in Karan Johar’s ‘Koffee With Karan’, the former clearly denied being in a relationship with the actress (Kiara). He said that it is a professional relationship.

Back then the actor said, “I don’t know, dude. The amount of rumors and hook-ups that I have had in the tabloids, I’m having lesser fun in real life, I think. I wish they were true. My life is not as colorful as what people read.”

Also, their relationship rumors have been making rounds on the Internet a number of times. Fans, who try to get every detail about their favorite actors have found the duo in similar locations too. 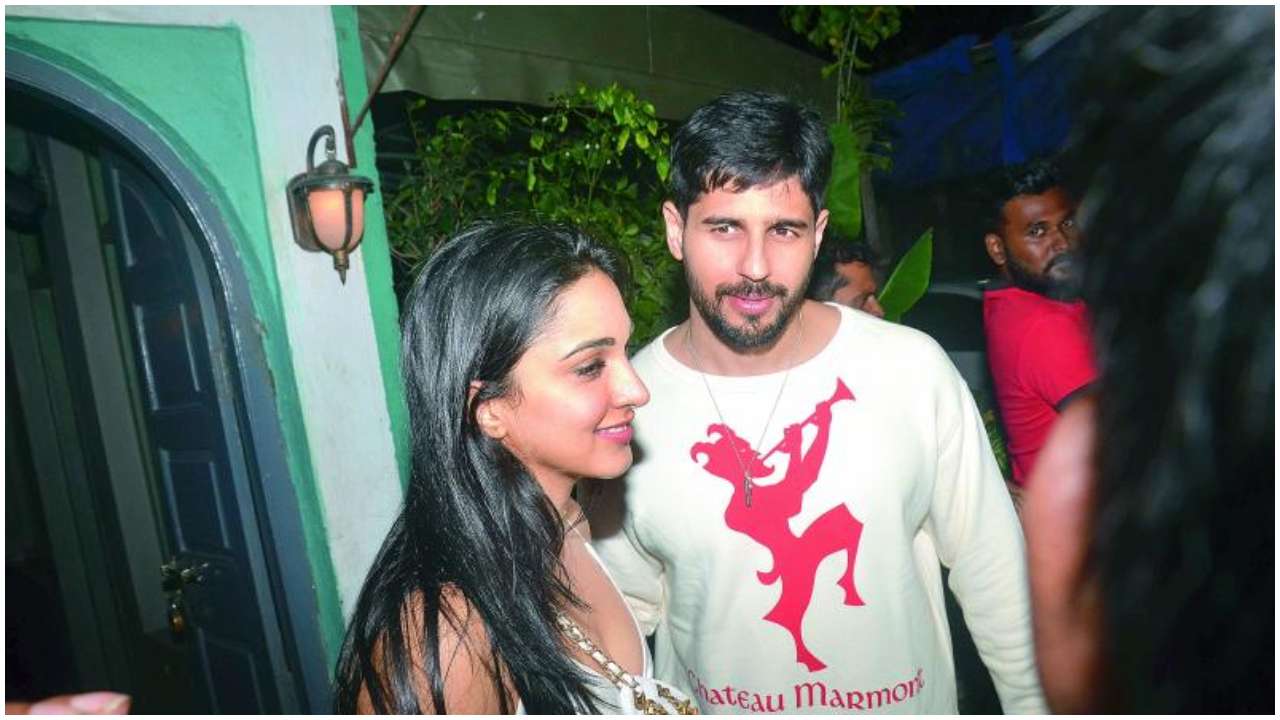 Sidharth and Kiara flew to the Maldives earlier this year and welcomed the New Year together. Not just this, Kiara was even spotted making visits to Sidharth’s home where she spent time with his family as well.

Well, these are just rumors and we cannot simply comment on anything as time will reveal what is there in store for the actors – Sidharth and Kiara!

On her birthday today, her industry friends and fans also poured in with their beautiful wishes to the actress. Kareena Kapoor Khan, Malaika Arora, and Athiya Shetty are a few among those who wished Kiara on her birthday.

Meanwhile speaking about the upcoming film of Kiara and Sidharth, ‘Shershaah’ is a biographical war action film. It is helmed by Vishnuvardhan which is his debut film in Bollywood. Karan Johar is the co-producer of the film which features Sidharth Malhotra and Kiara Advani in lead roles.

Have a look at the beautiful song from Shershaah which was out just a day before Kiara’s birthday:

‘Shershaah’ is all set to raise its curtains on August 12 on Amazon Prime.